There were definitely many films that I saw in 2013 that were better than Cinderella, but the memories from this one are burned deep into my brain and have refused to fade over time. I don’t think my situation is unique either, as my review has quickly become one of the most visited on this site thanks to a huge amount of people searching for “cinderella snapping pussy” or some variation on that. Oh, and “cinderella corn cob vibrators” comes up fairly often as well. It would seem that these images are universally locked in the psyche of anyone who sees them, causing people across the world to scour the Internet for information on this movie haunting the backs of their brains. It’s a strange one, to be sure, but it’s fun if you’re open to a softcore musical. 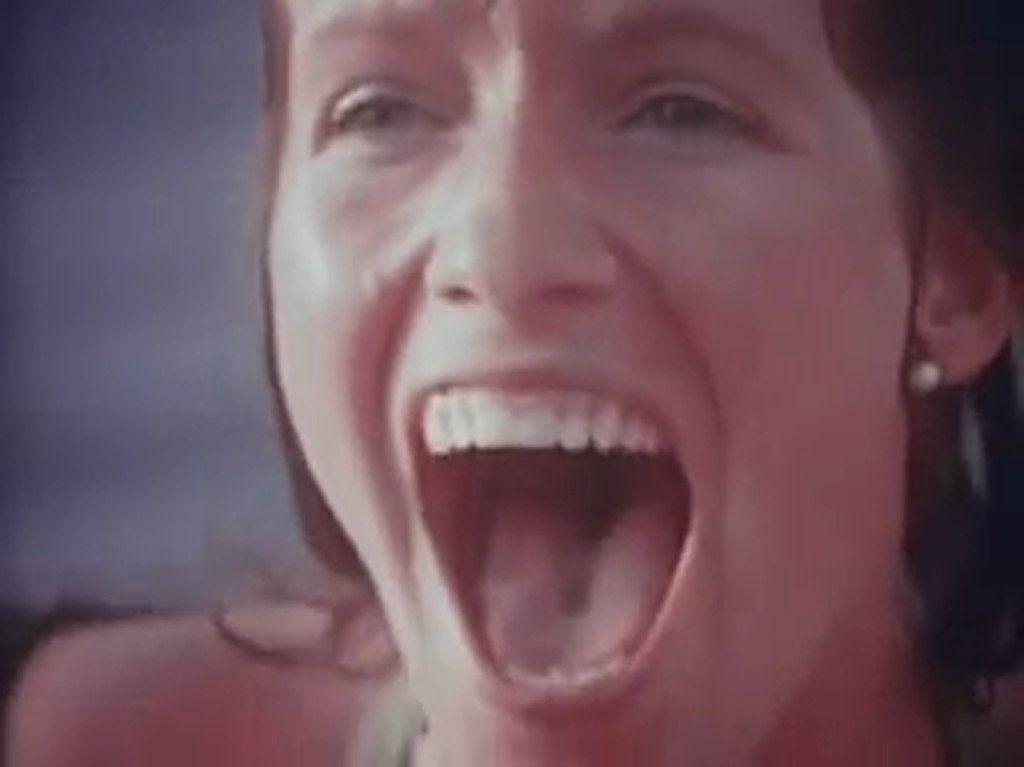 Speaking of films that continue to cause ripples far after the credits have rolled, I’m convinced that all the kids in my elementary school who talked about piranhas infesting the local waterways had either seen this film or had been indirectly affected by someone else seeing it. I don’t know if a film could have that level of influence today. But even if I’m way off base, and I just happened to go to school with a bunch of paranoid, obsessed fans of actual piranhas, Piranha is a film that’s an absolute wild ride of awesome horror comedy. If you haven’t seen it, I highly recommend it. Oh, and you know that creek in the hills behind your house? A guy at work told me they found a piranha up there. Watch out, man, and make sure you tell everyone you know. 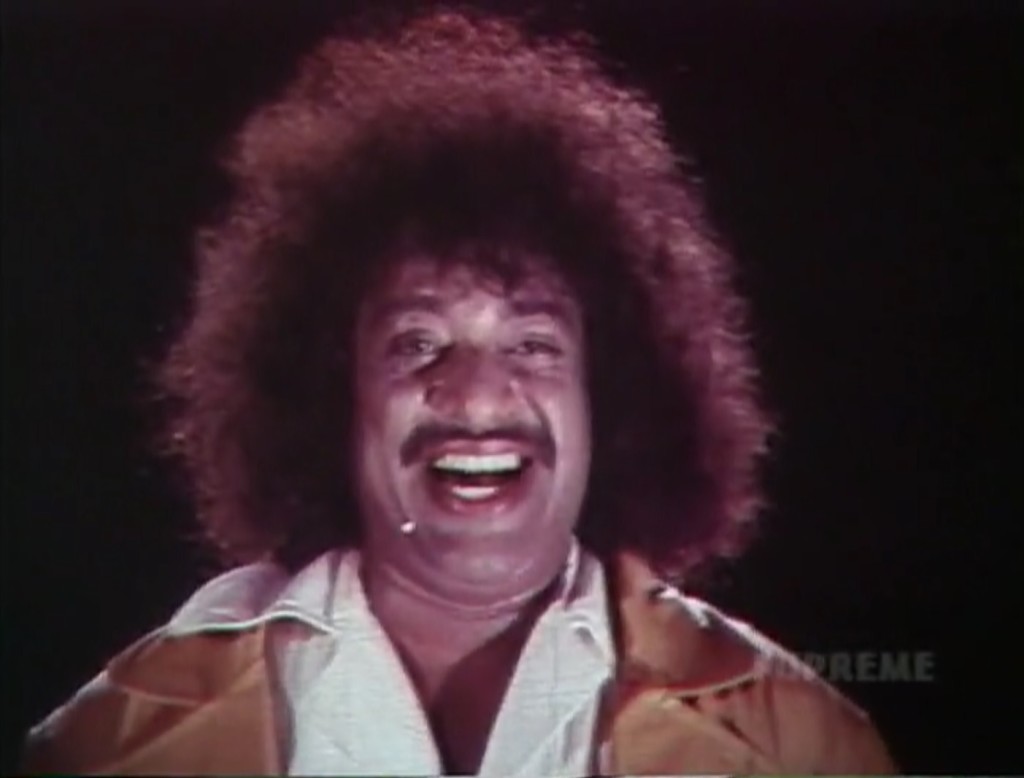 Last summer, I worked my way through every Superman film I could get my grubby hands on. It was a lot of fun for multiple reasons, but the absolute high point for me was this rare piece of film from the Indian state of Andhra Pradesh. Turning the Superman origin story into a revenge-driven quest for justice with a whole bunch of wonderful song and dance numbers is my kind of recipe for success, and succeed this version of Superman surely does. A must for B-Movie fans if you can track it down.

Kull the Conqueror is definitely one of my biggest surprises of 2013. Ever since I heard it featured a heavy metal soundtrack I’ve been keen to check it out, as I didn’t see how that could translate to anything other than a good time. I flip-flopped with myself about whether I should waste my time to watch this directly after watching the Arnold Schwarzenegger Conan films, but I was too curious not to go for it. The ultimate swaying factor was the idea that it could offer some shred of what the third Conan film might have been like, but as soon as I was watching, Kull grabbed ahold of my scruff and took me on a wild, swashbuckling, shirtless journey through high adventure and places unknown. If you like barbarian movies and you enjoy the good things in life, I suggest you give Kull the Conqueror a chance. 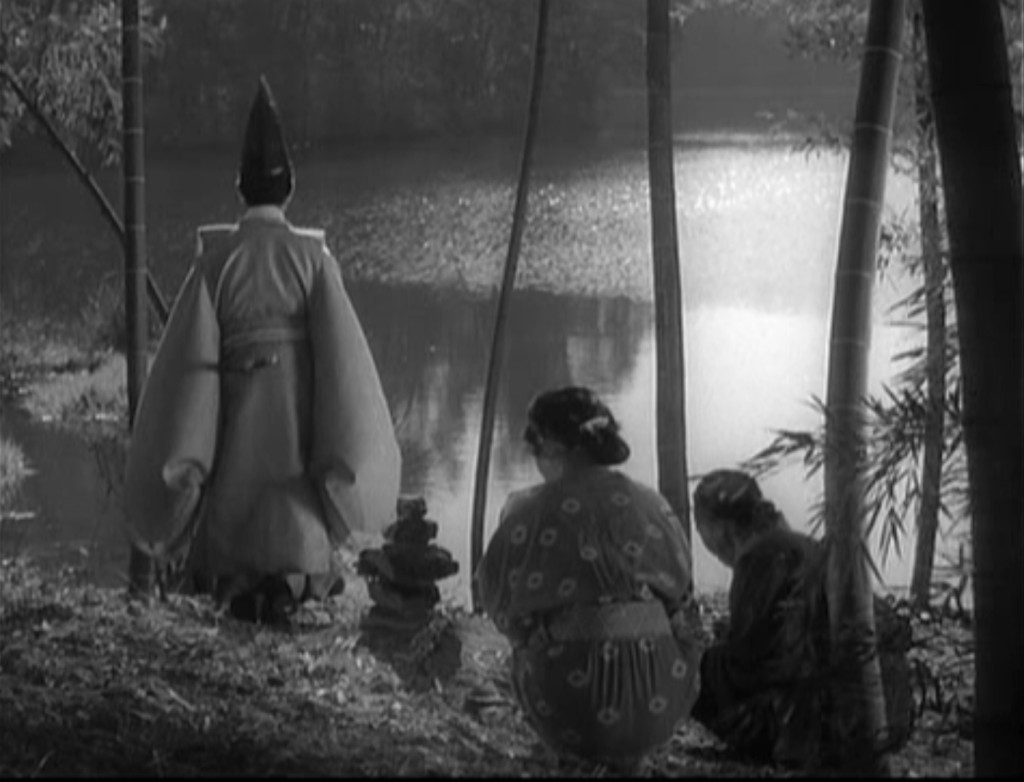 On a completely different note, Sansho the Bailiff is a film so emotionally draining that I doubt I will ever muster what it takes to watch it again. It’s an absolutely fantastic piece of filmmaking, but it’s one that puts its characters through the ringer and then puts them through it a few more times. And it’s not the type of situation that they can really do much about, so as an audience member you’re just left to mourn their situation and reflect on how fragile a nice, pleasant life actually is. Perhaps this isn’t the best way to sell the film to a new viewer, but if you like classic Japanese cinema it’s an absolute must-see. Just be prepared for serious heartbreak. 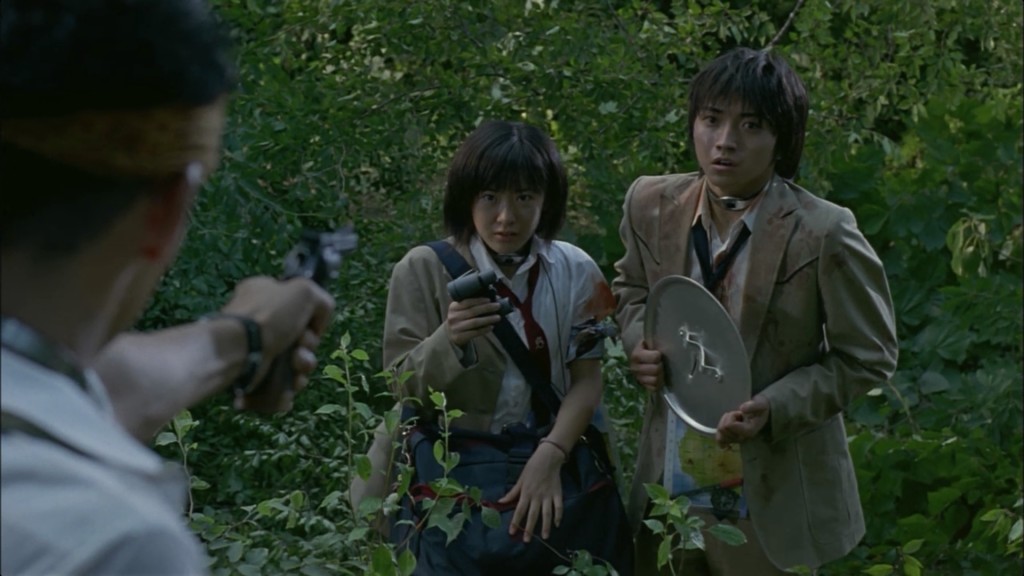 And in another complete tone shift: Battle Royale, the movie about high school students stranded on an island by their government and forced to kill one another. As exploitative and controversial as that quick synopsis might make it sound, Battle Royale actually handles its material with a sure, satirical hand that creates a film composed of a full range of emotions, not just the juvenile “kids killing kids” fantasy that I always imagined it to be. It’s definitely not one for everyone, but those able to accept its slightly futuristic, dystopian premise will find much to enjoy in Battle Royale. Oh, and don’t ever watch the sequel! 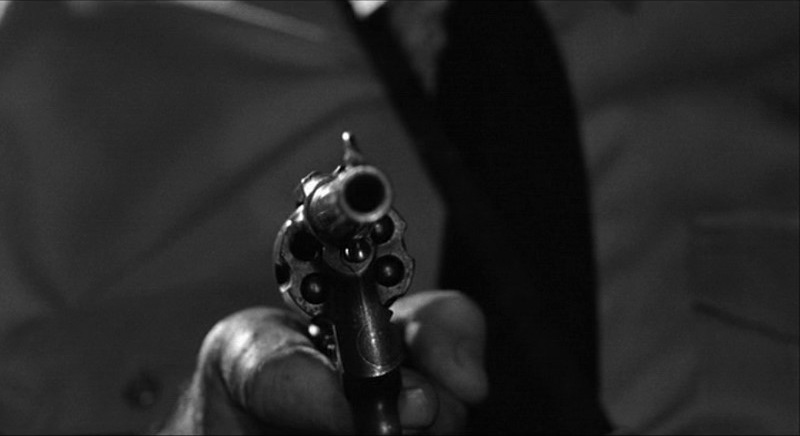 I don’t know that there’s much more I can say about Underworld U.S.A. at this point. I’ve written a full, glowing review, and I already wrote one of these short summaries of my feelings on my Favorite Sam Fuller Films list. If anything, the film’s inclusion here is a testament to its staying power. As the months roll by, my thoughts continue to return to this wonderful, exciting, juicy film. It’s a shame more people haven’t seen it, so go see it! Especially if you enjoy Goodfellas or other Scorsese gangster films.

The term “So bad it’s good” is one that I don’t like, but it fits this movie perfectly. It is a combination of misguided filmmaking, pure passion, and everything that makes ’80s action movies great. Oh, and there’s dope rock songs, too? The fact that Miami Connection was rescued from obscurity only adds to its pedigree; it is like a fantastic gift from the gods. Through thick and thin, through fire and rain, through heartbreak and solid friendships, Miami Connection is a film that literally rose from the ashes like a phoenix destined for greatness. You need to see this incredible film.

But through all the cult classics and great films I saw this year, not a single one came close to The Water Margin. It is a stunning film full of wonderfully told story and excellent action. The Water Margin is one of director Chang Cheh’s crowning achievements, a film worthy of acclaim and a place alongside other world cinema greats of the era. If you care at all about martial arts films, Chinese films or foreign films in general, do yourself a favor and step into the world of The Water Margin. Its story has intoxicated me so much during my viewing that I immediately bought a copy of the novel, first published in manuscript form in the late 14th century. But don’t let its age stop you from checking it out — there’s a reason it’s hung around for so long… it’s incredible.

What were your favorite discoveries in 2013?