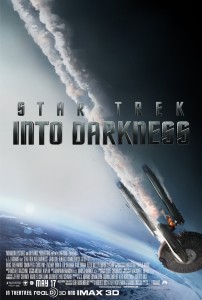 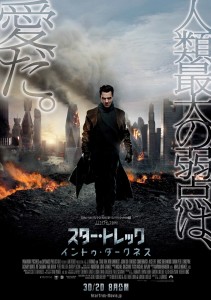 So the villain is Khan. In my eyes, the Khan storyline is one of the greatest triumphs of the original Star Trek series. The episode where it began, Space Seed, is one of the first season’s best. But it’s the way they gave it a sequel in 1982 with Star Trek II: The Wrath of Khan that truly makes it impressive and admirable. Strand a man on a deserted planet and then pick up the story years later with the same actors? That’s exactly the kind of thing that I go bananas for. So I approached this modern version of the Khan tale with more than a little apprehension, as I had little faith that one film could encapsulate what made the original tale great.

Remarkably, though, the team responsible for Star Trek Into Darkness have crafted a version of the story that is fresh, updated and fun, while also feeling true to the original story. Benedict Cumberbatch is superb as the superhuman Khan, and is a true force to be reckoned with. What’s interesting with the way they’ve decided to approach the story is that it’s like a fast-forward version of both the episode and the original film’s storylines. Things are changed of course, but in general it’s a rapid-fire version of the same thing.

And when I say, “the same thing,” I really mean it. There are moments in this film that are ripped directly from Star Trek II: The Wrath of Khan. For those unfamiliar with the older films, these moments will work great and will have the power they are designed to have. And I even enjoyed them quite a bit as well. But having a knowledge of what came before also gives these moments a strange, remake quality. These images and scenes are not unique, they are but a newly fashioned version of something already created. While Star Trek Into Darkness is a great piece of high-octane entertainment, there’s no escaping the fact that it is also a rehash of reused ideas.

Some fans may choose to focus on this fact, but for me the film was much too fun to have the experience sullied by something as minor as this. Would I love them to go boldly into deep space, exploring strange new worlds and seeking out new life and new civilizations? Yes. But if all they have planned are these kinds of derivative, Tarantino-esque mixtape versions of Star Trek ideas, then I guess I’m OK with that too.