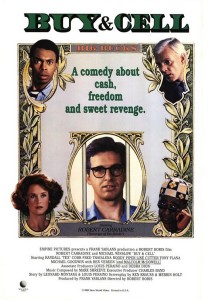 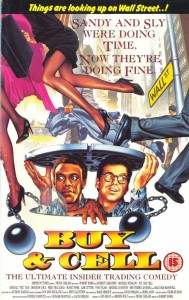 What really holds this film back are two main issues. The first is the biggest stumbling block, and one that I’m sure tripped up many viewers, even in the ’80s. The film opens pretty poorly, especially considering that the film is a supposed comedy. There’s very few laughs, and the jokes that are apparent are met with crickets instead of guffaws. This slow, groundwork phase of the film lasts an incredible 35-40 minutes too, making sure that only the most stalwart of viewers are left when the plot and the comedy finally kick into high gear. And when that happens the whole film brightens. It never becomes a laugh riot, but the mood lightens and a lot of those fun ’80s touches rise to the surface. At this point, it also becomes apparent that the lengthy introductory period wasn’t a waste of time either, as the second act pays dividends on the slight plot threads, the character motivations and the prison characters in general. We know who these guys are (at least in terms of two-dimensional, ’80s comedy characters), we know what they’re capable of and now we’re allowed to see them set free to have over-the-top ’80s fun.

The second major stumbling block is that even after the plot kicks in, Buy & Cell still isn’t all that funny. It’s definitely amusing, and I chuckled a few times at some of the outlandish antics of the inmates, but the film is largely unfunny. Which is odd, because I still enjoyed it. It’s just one of those movies you coast through. They aren’t awesome, they aren’t horrible, but they’re just right if you want to put your brain in the cooler for a night.

I was hoping for a real hidden gem, but Buy & Cell just isn’t it. But if you miss the carefree ’80s, you like the cast and you’ve seen all the other “Let’s stick it to the rich assholes” ’80s movies, then Buy & Cell will definitely provide an evening’s worth of entertainment.

Next time on Full Moon Tuesday, I’ll be checking out the 2006 mummy film Petrified! See ya then!