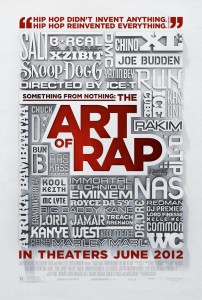 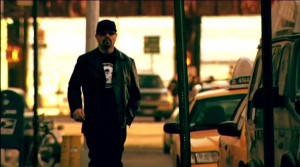 But Something from Nothing: The Art of Rap is more than pointers for future stars, it also deftly sets up the genre and its foundational artists as craftsmen taking their viewpoints and their life experiences and utilizing them to shape their music. Previous generations had jazz, folk and the blues, but hip hop is the modern generation’s music of the people, and Ice-T’s film perfectly captures that fact in a film.

The structure of Something from Nothing is somewhat repetitive, but it never gets old (as long as you harbor some interest in the craft of lyrics). Ice-T meets up with rappers old and new to get their opinions on the art of rap, and their approach to songwriting. To me, this is where the directorial influence of Ice-T shows itself the most, as only a true songwriter would think to ask questions of this nature. Most people don’t give a shit about syllables and line structure, but these are exactly the answers Ice’s questions elicit, and they are exactly the answers he wants to get. 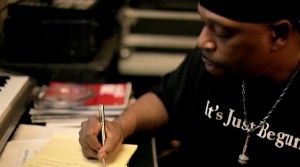 I had doubts that Ice-T had what it took to be a director, but only Ice-T could have made this movie. The film is informed by his knowledge of the genre, and by his firm entrenchment in its history. This could be the movie that people in future times look to for answers as to why rap is an art form. Or maybe that’s just me and my amateur desire to be a songwriter talking (I did a lot of that before I started this website). In any case, Ice does a stellar job elaborating his point through his use of interview footage with tons of rappers from both coasts.

Anyone who’s ever tried to crack into a new musical genre knows that — in most cases — you need a guide, a shepherd to lead you to the green pastures the genre can offer. In order to understand this new thing, you have to learn the intricacies of the music; you need to find your keystone to unlock this magical new world for you. For some, the art of rap is immediately apparent, as it speaks directly to them. But for someone coming from a different background, it always helps to have someone opening your eyes a bit. I’ve been a fan of hip hop since my days in elementary school, but I can honestly say that I never thought much about the skill and craft that went into the lyrics. Ice-T and the grandmasters of hip hop just schooled me, and it was dope.