I am notoriously slow about seeing recent movies, so I haven’t seen many of this year’s biggest and supposedly greatest films. But that doesn’t mean I can’t make an arbitrary list based on the ones I did see! And my list will probably have stuff you won’t see on other lists because those people actually saw more 2012 movies! So take this list for what you will, I enjoyed every one of these movies a bunch when I saw them, and I’d imagine the movies in the top half of the list will still make the grade even after I’ve seen some of the other 2012 films. Anyway, here goes!

Initially, The Grey was a movie I brushed off as being “some stupid Liam Neeson vs. wolves” movie. But over time as the positive public opinion of the film surfaced, I decided I’d give it a go. I thought, “Well, it’s Liam Neeson vs. wolves, so it’ll at least be entertaining.” What I got was far more than anything I had expected, as The Grey manages to excite both visually and philosophically. I don’t think it’s especially brilliant or anything, but it’s definitely worth seeing if you’re not scared of spending your evening in some extremely bleak territory. Liam Neeson is great, as always, and he does indeed go toe-to-paw with a pack of wolves. Good stuff.

The Expendables 2 isn’t a great movie, and it’s definitely a worse movie than The Grey. But the sheer star power, pulling at every nostalgic memory of my youth, sucked me back in time to when I used to sit on the couch holding a plastic tommy gun and watch these same musclebound men take care of business. It was a surreal experience, and one that was designed specifically for me and the members of my generation. I don’t expect anyone else to understand or care, but The Expendables 2 was everything I had wanted the first Expendables film to be. And it had JCVD. Winning. 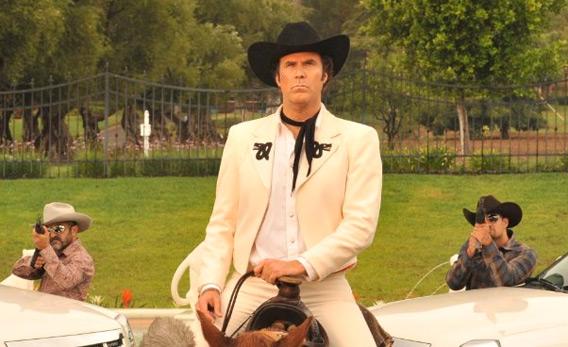 Any film that features a white actor acting completely in a foreign language gets my attention. And when that film is a play on the multitude of low-budget Mexican telenovelas, I know that I have to see it. Casa de mi Padre is by far the best Will Ferrell film I’ve seen, thanks in part to it not really feeling like your average Will Ferrell vehicle. Its subtle humor is hilarious, and astonishingly Ferrell does an outstanding job. His Spanish sounds excellent, and while I’m not a Spanish speaker myself, it never once takes you out of the film; it simply works. If you have any love for low-budget Mexican cinema, then I think you’ll get a kick out of Casa de mi Padre. All others will probably be better served elsewhere. 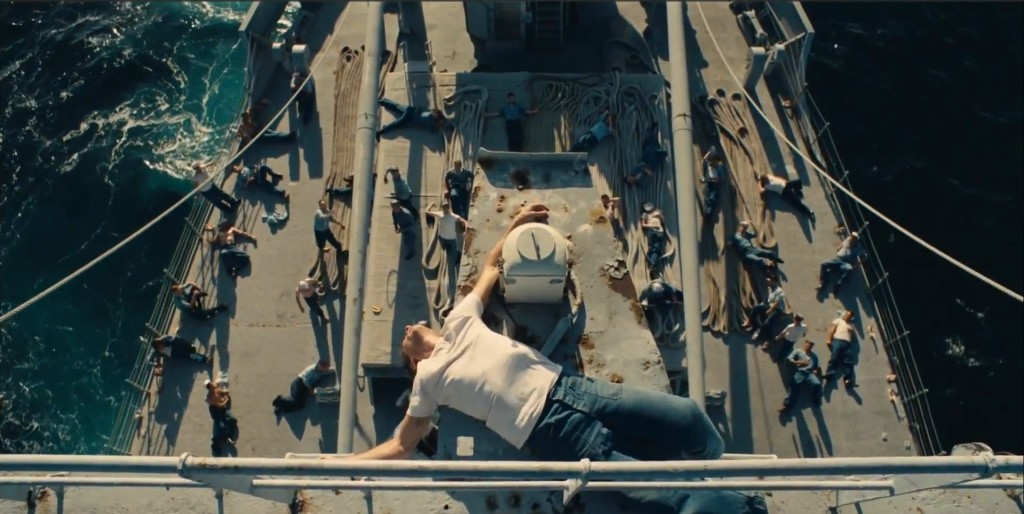 I am a huge P.T. Anderson fan, stretching all the way back to the release of Boogie Nights. Anderson has grown into a very different filmmaker since those days, as his films become more esoteric and challenging with each release. I’m still unsure whether The Master is great cinema, but it easily features the best cinematography I’ve seen all year and the performances by Joaquin Phoenix and Philip Seymour Hoffman are pure dynamite. I imagine this will only get better with repeat viewings; the only problem is that like Anderson’s previous film, There Will Be Blood, this is so heavy that I doubt I’ll be re-watching it for a very long time. 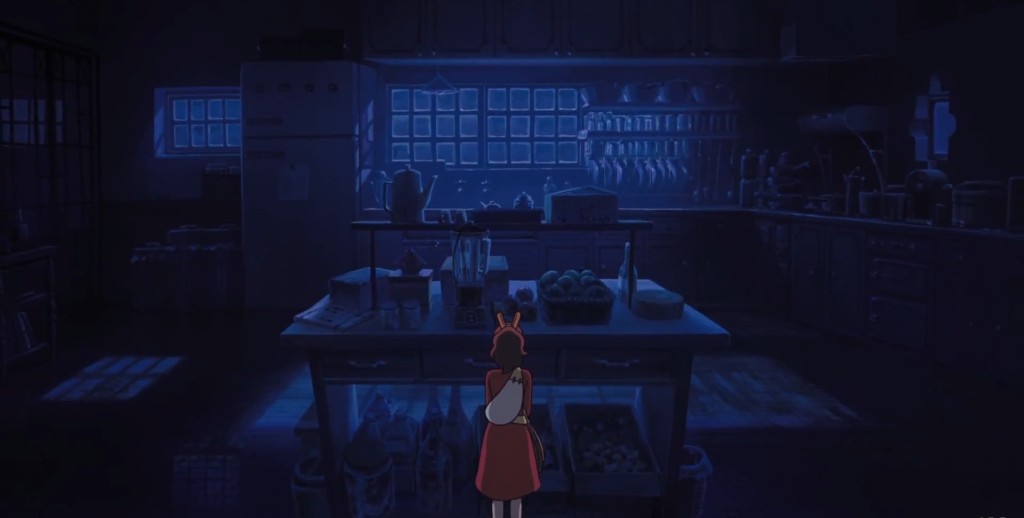 It’s a testament to how incredible Studio Ghibli is when one of their less impressive works is still great enough to be worthy of high praise. The Secret World of Arrietty is an animated visual feast, turning the mundane world around us into an exciting fantasy realm of wonder. It’s also a film that can be enjoyed by all ages. Unlike modern American animation that is designed for kids but seasoned with a few adult jokes that go whizzing above the youngins’ heads, The Secret World of Arrietty puts all viewers on equal ground during its journey of discovery behind the walls of a country home. Don’t let its animated nature fool you, this is a great film. 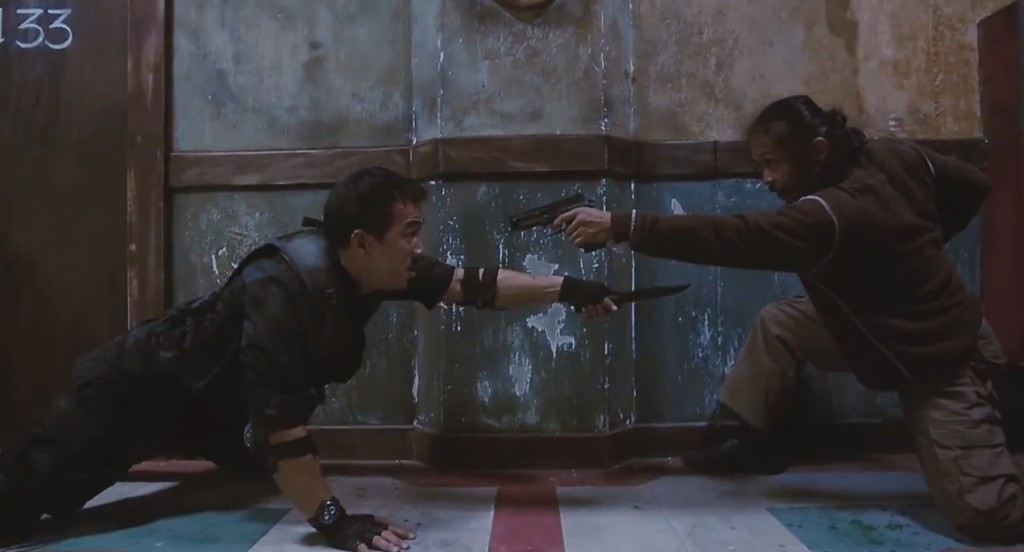 The Raid has been called one of the best action movies of all time. I don’t necessarily rank it so high, but the hype isn’t wrong. It really is a stunning motion picture, and the action is top-notch, brutal stuff. Director Gareth Evans finds interesting ways to not just shoot the action sequences, but make the camera a part of the action, skillfully choreographing perfect camera movements to complement every bit of action. It creates a film that naturally flows from one encounter to the next, taking you on a thrill ride from start to finish. The Raid is an astounding piece of action cinema, and I can’t wait for its sequel.

Christopher Nolan closed out his Batman trilogy with a bang, as The Dark Knight Rises combined a few different comic arcs into one cohesive bit of popcorn cinema. I couldn’t have asked for a better conclusion to the trilogy, and while I think it’s the weakest of the three, I thoroughly enjoyed it. But as much as I liked this film, I think I’m more interested in seeing what Christopher Nolan does next. The films that came out in between his Batman films are truly some of his best, and with this trilogy done and out of the way, the sky’s the limit.

Prometheus is a movie I had serious reservations about seeing upon its initial release. Ridley Scott’s Alien is one of my favorite movies, and I didn’t want to ruin any of its mystique by watching some stupid prequel. But after reviewing my way through the Alien series, curiosity got the better of me, and boy am I glad it did. I loved Prometheus, and while it definitely has a few mystique-breaking moments, it has just as many that stand on their own. Prometheus is the first Alien film to be truly rooted in the science fiction genre, exploring grand, unanswerable questions and piquing my interest with stellar futuristic design. Prometheus gets a lot of bad press, but I loved it. 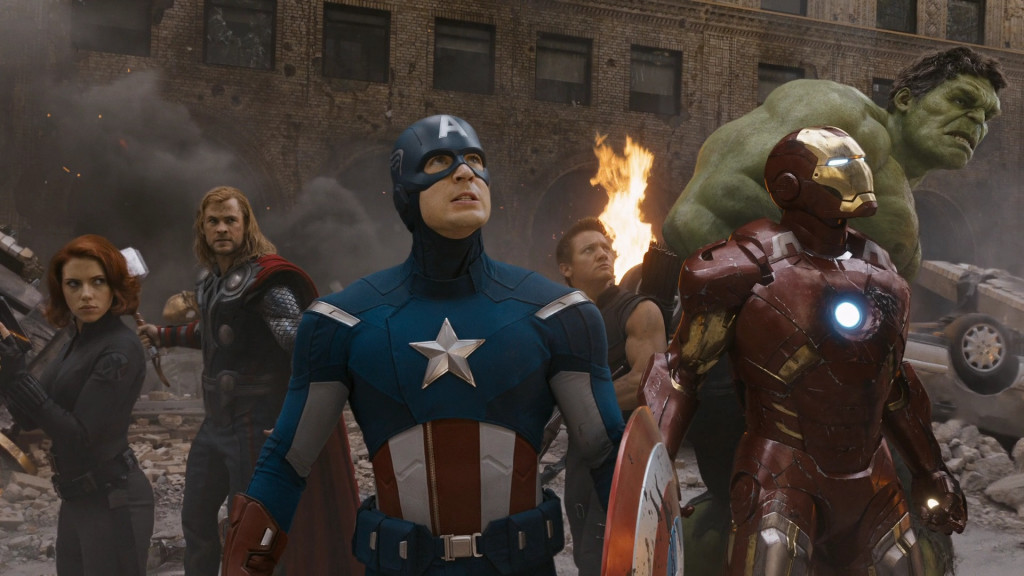 The Avengers is perhaps the best comic book movie to ever hit the screen. If nothing else, it’s the only one that resurrected the long-dead feeling of being an eight-year-old kid hinging on every panel of superhero fights and villainous mayhem. It may not be one of the “best” films of the year, but in terms of what it achieved in comic book filmmaking, it totally is. The ambitious idea of creating multiple, independent film franchises and tying them all together in one movie is absolutely unprecedented, but Marvel oversaw the impossible. They successfully took the comic book medium and adapted it to the big screen. And if this was anything to go by, then the second multi-film arc is going to be, literally, out of this world.

But my favorite film of the year, easily, was Peter Jackson’s return to Middle-Earth, The Hobbit: An Unexpected Journey. Like The Avengers, The Hobbit sought to do something totally unprecedented in film history: adapt a novel without sacrificing the novel’s pace or narrative intricacies. Thanks to the leeway afforded him through the resounding success of his Lord of the Rings trilogy, Jackson was able to craft a rich journey that caters specifically to the fans of the material. While this definitely leaves some less fervent viewers behind, it allows Jackson to deliver a fantasy film that truly captures the grand, varied journey of the fantasy novel. I absolutely loved The Hobbit, and I look forward to watching it again and again.

So there you have it! Again, I love doing these lists! After I’ve seen a bunch of the high-profile stuff, I’ll craft one of my standard Best/Worst lists for the year that should be a more accurate portrait of how the year treated me. But for now, this is all you get! What movies stood out to you in 2012?