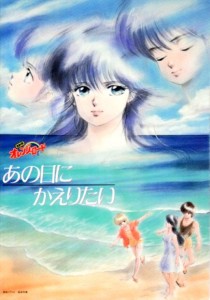 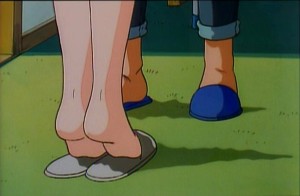 I Want To Return To That Day is the conclusion of the series. I usually avoid reviewing these kinds of movies as they rely too much upon knowledge of the original, but in this instance, I felt that it was so divorced from the series that it can function as a stand alone film. The characters have the same names, faces, and actors, but the movie is so different in personality, style, and content that it hardly feels related to the series at all. There will be some confusion as to the exact relationships of the characters, especially the minor ones, but by the end it should all be sorted out. Or you can just take it from me that the leads are all just friends at the beginning of the film (I told you it was light on the romance), they like to hang out at a coffee shop called ABCB, and Kyosuke has two friends that hit on his younger sisters all the time. That’s about all you need to know, so now you can dive in without worry. 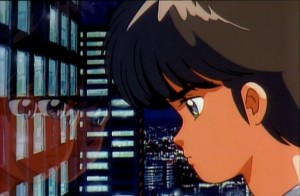 The film has a very subdued nature, without much in the way of exuberant outbursts. Most of the time, even strong emotions are expressed calmly and reasonably. It’s a subtle and elegant kind of storytelling that relies upon paying attention to details, like the way one of the characters lingers before leaving the room as the other two converse together. One of my favorite examples is when Hikaru stands on her toes to kiss Kyosuke, and the scene cuts to the next day with Madoka bobbing up and down on her toes while waiting for him to show up. It’s inexplicit moments like these that advance the plot, with the heavy emotions looming around the edges, building tension rather than exploding center stage. It may not fit the tastes of most western audiences, but any fan of Japanese drama will revel in it.

The film’s really unique aspect is its perspective on the characters’ relationship. It’s not a tale of falling in love; the characters have been in love with each other and too afraid to do anything about it for the entire series. This is a story about a man who finds himself in a relationship he really doesn’t want, but doesn’t quite know how to end, as well as the story of a girl who must come to terms with the fact that the man she loves just doesn’t love her back. I’m no connoisseur of romance stories, but I certainly haven’t heard of many that focus on the end of love instead of its beginning. 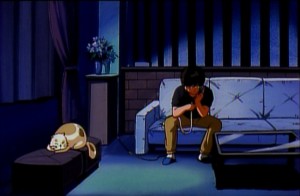 Any love triangle must inevitably give one of the characters the shaft, but this film delves into the breakup to the point where it is almost all the film is about. There is an overtone of sadness through the film, but if you’re worried about it turning into something depressing, it doesn’t. It certainly doesn’t end with the wondrous joy of a wedding, and frankly I would have been disappointed if it did, but it doesn’t leave you with a sense of loss. And if you find the ending to be rather inconclusive, be aware that the real ending comes along after the credits. But also be aware that it is another of those subtle moments that doesn’t shove the meaning of the scene down your throat.

It’s rare for me to watch a straight up romance movie, but I wound up enjoying, if not thoroughly loving it. It’s a film that has pretty small appeal; romance fans are probably looking for a story of true love conquering all, and non romance fans aren’t even going to bother with it. But it’s that very oddness that makes me like it. It’s not really my thing, but I loved the subtlety of its storytelling and its unique perspective. If you’re looking for a romance that’s not just more of the same, then this one is definitely worth a shot.

3 thoughts on “Stephen reviews: Kimagure Orange Road: I Want To Return To That Day (1988)”