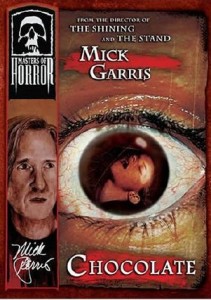 One of my big issues with the Masters of Horror series may seem strange upon initial reading. Whenever a woman appears in one of these films, it’s nearly a forgone conclusion that at some point during the film, she’ll be nude on-screen. For instance, in this episode there are four women with speaking parts and two of them have extensive nude scenes. One of the others takes her shirt off to reveal a bra, and the other is wearing something close to lingerie in her only scene. See what I’m talking about? While the reckless adolescent side of my brain enjoys this facet of the series, having every female sexualized to this degree is utterly ridiculous and demeaning. I’d love to see what a female director would do with this series, but in addition to female directors being scarce, female horror directors are in even more short supply. I know that horror is something of an adolescent genre aimed at males, and that these paid cable shows like to push whatever envelope they can simply because they can, but I’d like to see gore and nudity used in service of the story, not to drive ratings. I will say that the gore in this episode was excellent and absolutely in service of the story.

Chocolate isn’t a traditional horror picture, instead it’s more psychological as Henry Thomas slowly loses grip on his senses. The story is interesting and engaging, but still feels somewhat padded to make the one-hour mark. A little tightening would have done some good, but given the general quality of this series, I’ll take what I can get. I really enjoyed Chocolate and it gives me hope that Mick Garris’s other films will be as well made.