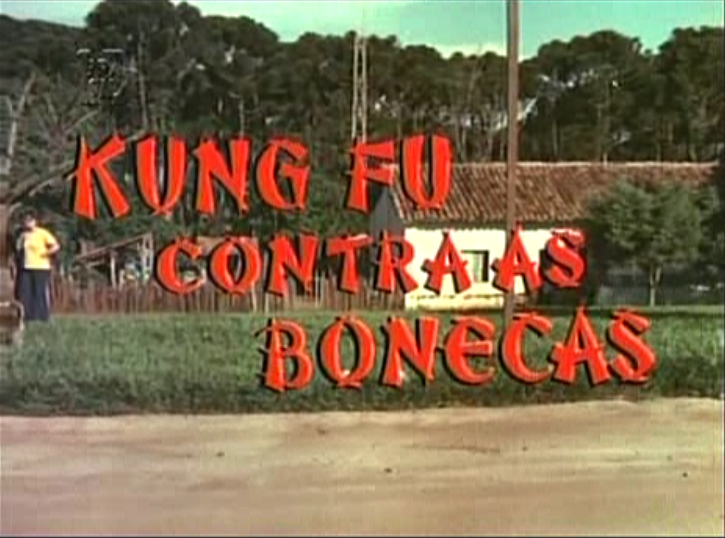 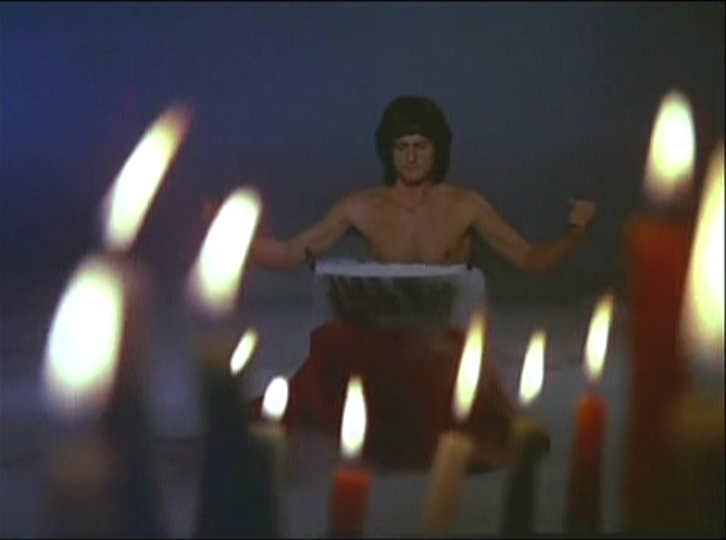 It’s only with the rise of the internet that the playing field was leveled. The power of the internet as a tool to pirate preserve cinema’s elusive treasures can not be underestimated, as Bruce Lee vs. Gay Power finally turned up on a handful of small film websites, its mysteries finally ripe for the plundering after all of these years. I can assure you that this film is indeed real. But is it worth watching? Heh heh, well that’s a different story.

It’s hard to classify this film as a true piece of Bruceploitation, as Brazil was not known as a hotbed of Bruce Lee exploitation cinema at the time, or any time for that matter. For starters, director Adriano Stuart is not even Chinese, which may actually explain why his Bruce Lee is less Lee Siu-Lung and more Kwai Chang-Caine. I suppose he figured that if David Carradine could portray an Asian there should be no reason why he couldn’t. Nods to the Kung Fu television series are made frequently… his character wears a similar getup, wanders around in the desert, and even carries around a miniature saxophone (his version of Caine’s flute). The most blatant cue culled from the television show however, is the frequent use of flashbacks employed with Bruce (Adriano) seeking wisdom from his venerable old masters. Only for some reason, his masters are old Chinese guys in blackface speaking Portuguese. 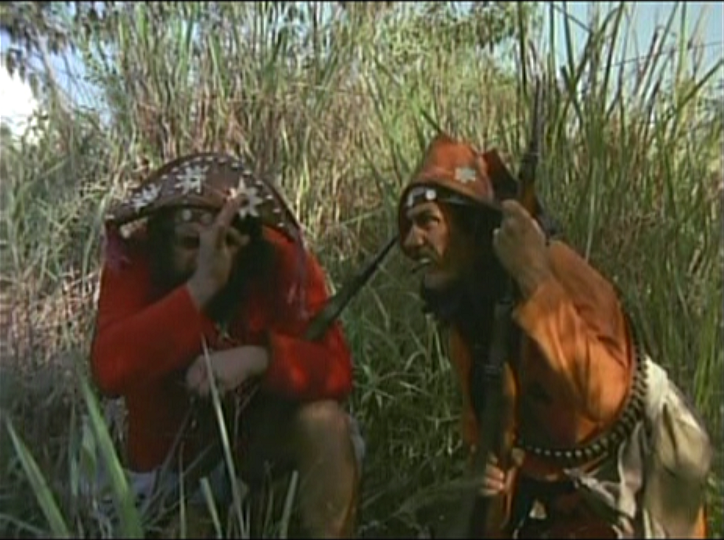 That’s only the beginning of the bizarre, “what the fuck” moments Bruce Lee vs. Gay Power has in store for the viewer. The film is pretty much based around them. Even without subtitles, I was able to feel my way around without too much difficulty. The plot has Bruce going up against “Gay Power” and by Gay Power, I’m guessing they mean the ragtag group of flamboyantly dressed pirates who ambush Volkswagen vans and kill the Chinese families driving them. They rape women too, which on the surface isn’t a very “gay” thing to do, but it must harness some kind of latent “supergay” powers, as the very next scene will have the pirates putting their hair up in rollers, giving each other pedicures, or shaving their legs. In the end, I really don’t know who’s gay or who isn’t. I’m pretty sure the shirtless cowboy with the bullwhip is gay, and Bruce Lee himself has some eyebrow raising gay moments at times (despite the fact that he pals around, and even has sex with a girl during the course of the film). I’m guessing most of the characters in this film swing both ways, but Bruce Lee vs. Bisexual Power just doesn’t quite have the same ring to it.

During fights, Bruce will ditch the David Carradine gear, revealing his hot pink tanktop underneath while going full-bore into Bruce Lee mode. These are probably the best moments the film has to offer, mostly because not a single person really knows what the fuck they’re doing. The fights are overcranked, and barely resemble anything commonly known as martial arts. Bruce will kick guys in the balls about twenty times until they collapse, delivering a final, bloody ball stomp. Other moments have Bruce slapping guys in the forehead over and over again with bleeding palms. During one inexplicable moment, Bruce pulls a magnum revolver out of his pocket, shooting a guy dead… because we all know the real Bruce Lee did that all the time in his movies, right? Still though, I think the best parts are when the action goes into slo-mo while Bruce delivers his hilarious, fatal death blows. The deafening primal screams that he lets loose at these moments are fucking classic and come off more as Luciano Pavarotti than anything sounding like Bruce Lee. 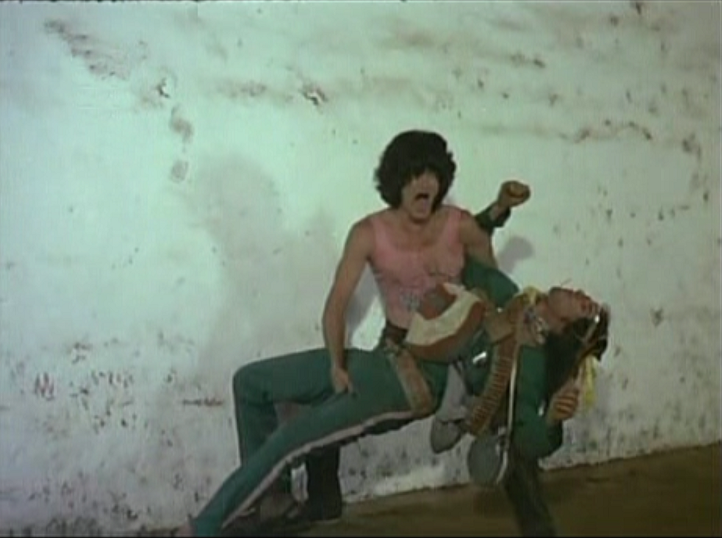 With all that said, it may seem like this should be a fantastic film that could do no wrong. Unfortunately for every genuinely great moment Bruce Lee vs. Gay Power has to offer, there are at least three unbearably dull ones standing in the way. There is no reason why a film about an ambiguously gay Bruce Lee fighting a horde of ambiguously gay pirates should be 100 minutes long. The lack of subtitles are a moot point, as this film just has way too many scenes of extended dialogue, period. I don’t give a shit if they’re discussing quantum physics, bestiality, or culinary technique. There are too many scenes with people talking and not enough with piss poor, B-grade renditions of Mortal Kombat fatalities.

Despite its mythic status and legendary title, which may well be the single greatest title of anything, ever. There is a hell of a lot of unfunny filler to wade through here. The great moments are too few and far between. Add the language barrier, and the novelty ends up wearing off pretty quick. Legendary or not, watch this one only to say you’ve seen it.