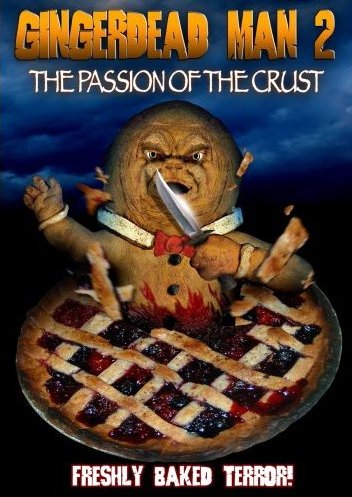 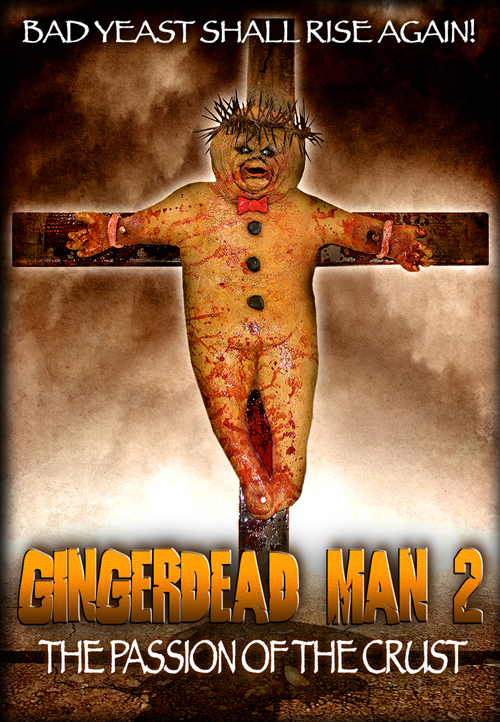 The first Gingerdead Man movie led me to question the future of Full Moon. If something that bad could spawn a sequel, it must have done pretty well for them and I worried that they might be more inclined to make films like it seeing as it was a success. Surprisingly they don’t, which leads me to believe that they know and acknowledge just how shitty and cut-rate that first movie is. Everything here is bigger and better, especially the cast and the FX. That’s not to say that any of them are especially great, but they do successfully elevate the movie beyond what it could have been if they chose a different route.

So as I mentioned above, this is a parody of Full Moon, set on the Cheatum Studio Lot where they are hot in production of their newest franchise film, Tiny Terrors 9: Purgatory of the Petite. There’s quite a few well-placed jabs at Full Moon, but a lot of them also come off as sad because they can be taken as realistic criticisms of the studio. For instance, when one of the FX artists says, “…These assholes can’t afford to do this shit right! Who built this crap?” actual FX artist John Carl Buechler (playing the film’s director)  shuts the guy up by informing him that he had in fact built them. It’s funny if you’re familiar with John Carl Buechler and what he looks like, but I like most viewers will just agree with the FX tech that most Full Moon movies have sub-standard FX that don’t always live up to expectations. Yeah, this one’s definitely for the hardcore… which is made even more amusing by the “Internet blogger with unrealistic ideals for a low-budget movie studio” subplot. 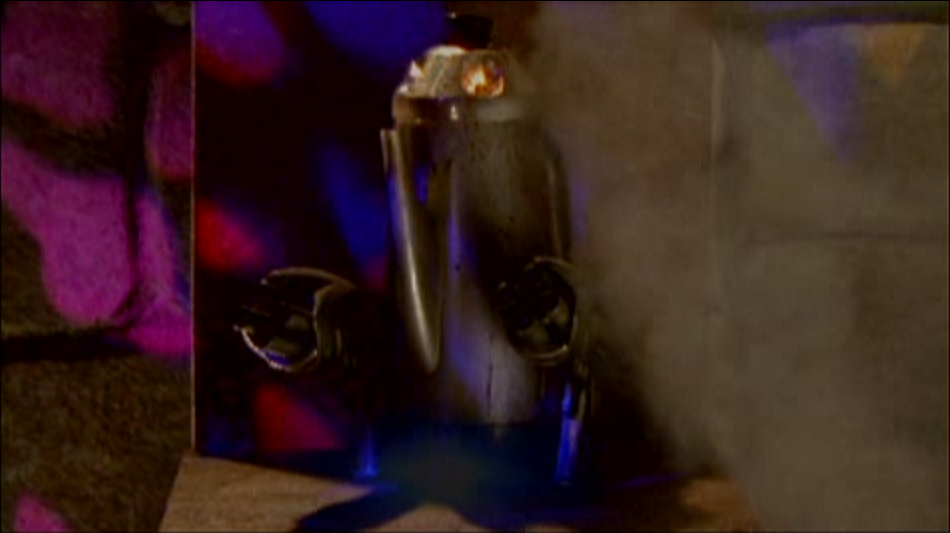 The minimal story surrounding the parody goes something like this. The catering girl (herself a former Cheatum Studios star) brings in a giant pink box full of donuts and the Gingerdead Man. He jumps out when no one is looking, finds a spellbook and learns that in order to jump into a human body he has to kill six people or some shit like that. The kill scenes are bloody but not all that FX-heavy or inventive. I found them to be one of the aspects I didn’t really care one way or the other about as I just wanted there to be some more imagination in the FX work. I’m sure Buechler and his team could have knocked it out of the park with some more cash, but that goes back to the quote above. In any case, depending on how amused you are by anal rape with a hot curling iron and other similar things, you may find these scenes to be funny and amusing.

I have to wonder if they’ve kicked this story around for years, as it could totally work as a movie without any mention of the Gingerdead Man. He is but a cursory element in his own film, with the award for most memorable puppets going to the mock-Puppet Master reject dolls meant to inhabit the film-in-production within the film. They’re all pretty damn good, but my favorites are Perculator, a coffee percolator with twin machine gun arms; Shit for Brains, a baby doll with a healthy dose of brown runny shit oozing from his head; and the Haunted Dildo, a penis with eyes and a tuxedo. It’s no wonder why a simple talking gingerbread man takes a back seat to these one-of-a-kind creations. 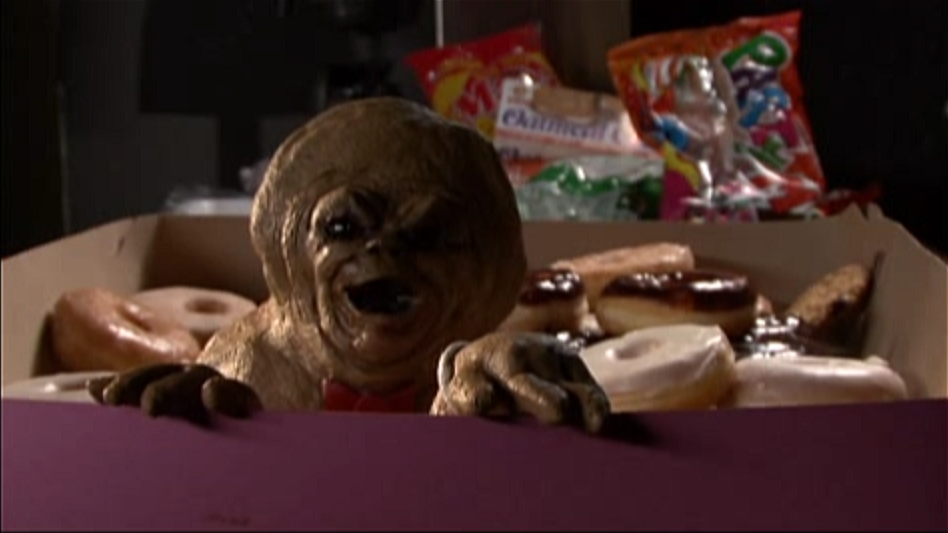 The Cheatum Studios are run by Kelvin Cheatum, who inherited the studio from his father. Obvious parallels can be made between the character and the real life relationship of Charles and Arthur Band. Arthur Band may not have been a household name, but the man worked with legends in the industry such as John Huston & Sergio Corbucci. I doubt he envisioned himself eventually directing Ghoulies II and similar fare, but he definitely had a passion for filmmaking and passed on that fire to his son Charles. Where you might expect a filmed representation of this relationship to have some sort of heart that causes you to fondly remember the good ol’ days of Empire International, this film has none. It suggests that while Charles Band and the Full Moon crew might have a sense of humor about how far their studio has fallen in the last ten years, they don’t have a desire to go back. They are content with moving forward, continuing to produce multiple moderately okay films at once, instead of one good one. And honestly, that’s pretty much always been their modus operandi and it wouldn’t be the same any other way.

Full Moon fans will definitely enjoy this one, but all others will be left wanting. Don’t let the Gingerdead Man name fool you, this is a lot more than a tired sequel to an awful film. You have to admire the exterior shots of the studio lot as well, which seem to be shot clandestinely in the middle of the night, across the street from a “real” studio. Low-budget guerilla filmmaking is alive and well.