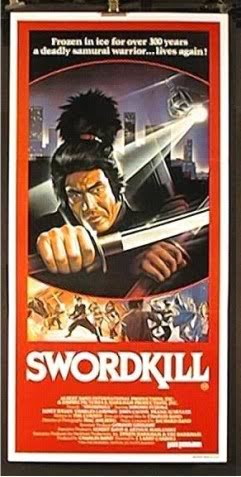 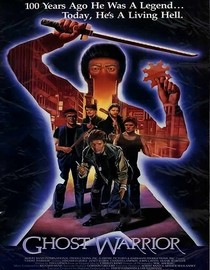 My retelling is much more campy and dramatic then it actually plays out. Don’t think Re-Animator, think more along the lines of Iceman; in terms of tone anyway. This might sound like it wouldn’t work, but it does. A big reason why is that the filmmakers never betray the audience’s intelligence by having Yoshimitsu suddenly speaking English. There aren’t any scenes where he is taken to the mall ala Encino Man either. Instead he speaks very little, and when he does it is in hushed, forceful Japanese reminiscent of Mifune. It gives the character the gravitas necessary to pull off the whole samurai thing, but you’ve got to wonder what all is going on under the hood. In another stroke of brilliance though, the audience is left as clueless as the supporting characters, as none of his Japanese dialogue is translated or subtitled. Initially, I balked at the doctor’s stupidity for not bringing in a Japanese speaker to help him with Yoshimitsu, but upon continuing with the film, I found it to be one of my favorite aspects. The character takes on a much more mysterious nature when all you have to judge him on is his tone and actions.

And when Yoshimitsu needs to kick some ass, he does so with masterful ease. The film’s opening is set in fuedal Japan and features a quick sword fight. It serves to set up the story but also to establish the caliber of the warrior we’re dealing with, and let me tell you, this guy’s no slouch. My favorite moments of this nature come later in the film, after Yoshimitsu has been awoken in the 1980s and saves an old man from a gang of thugs. With a few quick swipes, most of the party lies dead on the ground, another falls down holding a bloody stump of a wrist and the leader runs off to lick his wounds. If you’ve ever watched a Kurosawa film and wished to see these sharp, precise strokes of the samurai warrior in downtown Los Angeles, then Ghost Warrior is definitely the film for you. 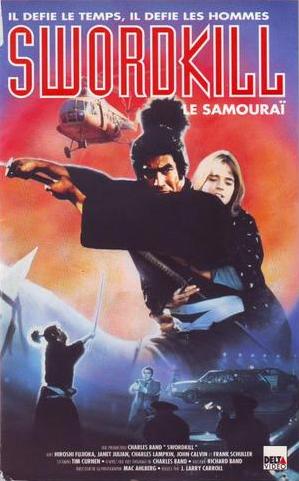 The most surprising aspect of the film is just how consistently they take the high road. At every fork, they choose credibility over cheap thrills, while still delivering a fun, engaging film. Director J. Larry Carroll has a wonderful eye for shot setups and turns what could have been a train wreck into a beautifully shot film. It is also very well edited, so I was not surprised to learn that Carroll also did some editing in his time, most notably working on Tobe Hooper’s The Texas Chain Saw Massacre. At the end of the film, I eagerly looked up his credits on IMDB, only to find that this is the only film he ever directed. It’s a shame, as this is a very well put together piece of work.

The acting from everyone involved is good, with Hiroshi Fujioka as Yoshimitsu dominating every scene he’s in. SEGA fans will want to take note that Fujioka played the Segata Sanshiro mascot in the Saturn era ads, as well as voicing Iwao Hazuki in the fantastic Shenmue videogames. I’m surprised looking over his credits that he never achieved more success as he clearly has the chops.

The film falters a bit and loses some steam at the end of the second act, but the final reel is especially good, bring the story around full circle in a classy way that closes up the story beautifully. Richard Band’s score works well in conveying the culture clash, fusing his usual orchestral stylings with Japanese flutes and drums. Despite having to seriously suspend your disbelief and a sagging middle, Ghost Warrior is definitely a film I’d recommend to fans of both 80s cinema and samurai films.

Next Tuesday, we venture back into the land of Full Moon science fiction, with the giant robot film, Crash and Burn!