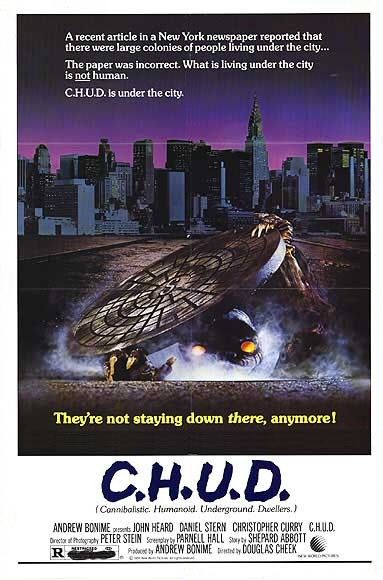 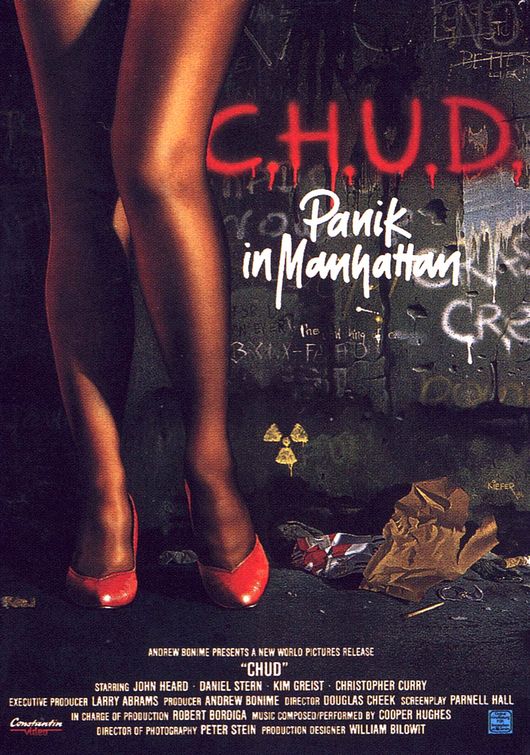 Today’s review is the 1984 video store classic, C.H.U.D., one of the films that kind of sparked this craze. C.H.U.D. is a film that suffers from uneven pacing, awkward character development, and uninspired performances. It also features mutated vagrants with bloody fangs and glowing eyes as well as a shower drain that spurts geysers of blood. A fair trade-off if you ask me.

The film opens on the rain slicked streets of Manhattan. An unusually high number of missing person reports have been filed in a specific area of town, with the majority of them being subterranean transients known as “undergrounders”. While most of the precinct is reluctant to take on the daunting missing persons case, a police chief named Bosch undertakes the investigation almost singlehandedly, as his wife is among the people missing. He comes into contact with a paranoid longhair known simply as “The Reverend” who runs the local homeless shelter. The Reverend suspects a massive government cover-up and escorts Bosch into the bowels of New York’s sewer system where the two discover miscellaneous research equipment as well as an abandoned Geiger counter going haywire.

Meanwhile, an ambitious fashion photographer named George is tired with his shallow job and has been dabbling in the world of photojournalism on the side. He has been working on his breakthrough piece which concerns the living conditions of the undergrounders. One of his contacts, a homeless baglady is arrested for stealing a firearm from an officer. She contacts George, who posts bail and accompanies her into the abandoned subway tunnel she calls home. She explains that she wanted to protect her husband, who was attacked by a creature and is dying from a huge flesh wound to his leg. 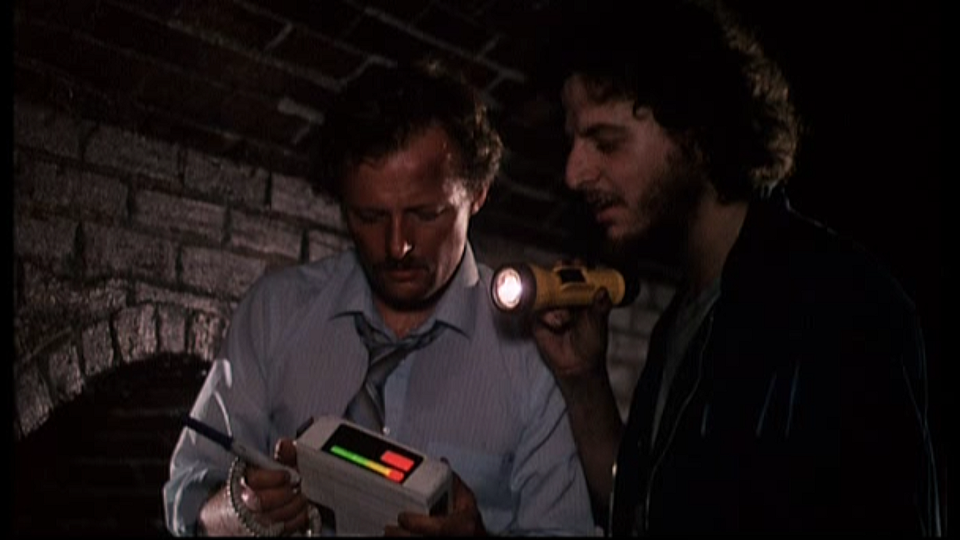 Bosch and The Reverend confront the Nuclear Regulatory Commission but they prove to be some dodgy bastards who warn Bosch against police intervention. Things eventually heat up as they scuffle and a portfolio is thrown to the ground. Bosch notices the top-secret contents are labeled C.H.U.D. The crooked chairman then comes clean, revealing that C.H.U.D. is an acronym for Cannibalistic Humanoid Underground Dweller. Turns out that illegal transportation of NRC chemicals have resulted in grotesque mutations among the undergrounders, spawning hideous monsters who crave human flesh. With the underground population now depleted, the creatures have no choice but to seek nourishment out on the streets.

Fuck. Yes. You just can’t beat a premise like that to soak up battered brain cells like a wet sponge after a hard day at work. C.H.U.D., for all of its flaws (and yes there are plenty), is the perfect film to wind down an exhausting day with. It’s a solid chunk of unsophisticated entertainment that you can just fire up, toss your mind into and receive massive payoff for very little investment. It doesn’t go to great lengths to explain itself, embellish its finer points, or validate its goofy plot. It is the closest thing I’ve ever seen to cinematic zen… it just is. 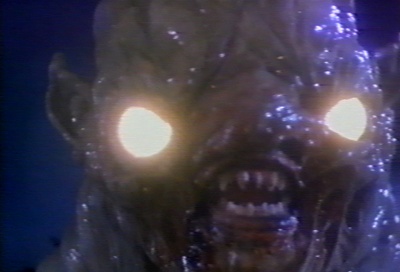 It really picks up towards the final act, which makes up for the plodding first half. You get a steady stream of pure and visceral entertainment. Guys running away from monsters in the sewer, showering models sprayed with gushing jets of blood, subterranean monsters snatching victims behind dark corners, cute pet dogs hanging from meathooks, bloody limbs strewn across dark alleyways, graphic disembowelment, severed heads. It was nice of these guys to include a plot, but it’s not really required at this point, which can be appreciated much more as an uninterrupted cavalcade of fun than as a cohesive narrative. This is the rare case of the sum of the parts being greater than the whole. Turn your brain off. Breathe deep.