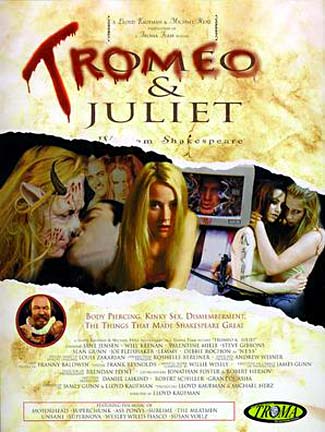 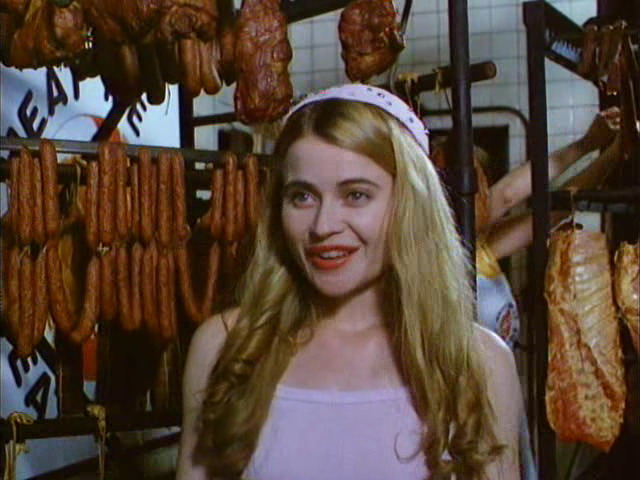 From the moment the film begins we see these two opposites fused; On screen we see a dead squirrel hanging in a noose and random scenes of graphic violence, including a great shot of slimy ears being pulled from a man’s head and stock footage of a gila monster swallowing a live mouse. This is all backed by an overdubbed reading of the beautiful opening prose of Shakespeare’s play, read by Lemmy of Motörhead fame. If that doesn’t set the tone, I don’t know what could. I’m assuming most are readily familiar with the plot of Shakespeare’s tragedy so I won’t offer a rehash of it here. Just know that although Juliet is in a conflicted lesbian relationship and Tybalt (Tyrone in the film) carries around a wooden club topped with a carved Hitler head, this is still the same story you read in 9th grade English class. In fact, it could be argued that the Troma-tizing (hahaha… see what I did there?) of this film makes it more interesting and definitely more entertaining than the original could have ever hoped to be. You get chopped fingers, severed limbs, crushed heads, oozing brains… but wait, Shakespeare had a lot of that stuff too. 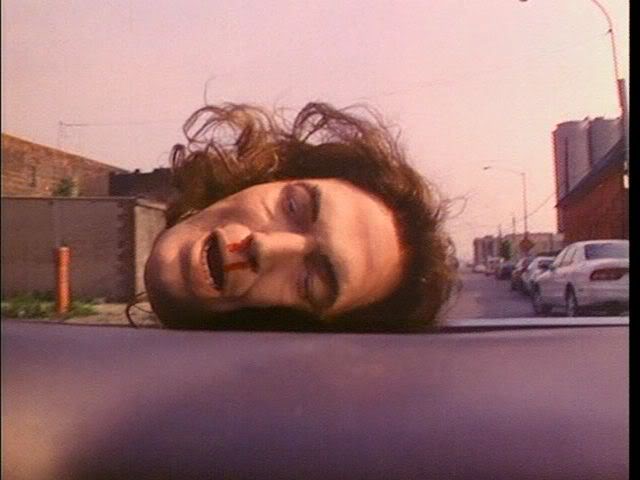 The blissful romance between Tromeo and Juliet isn’t just put through its paces here. There is a genuine tenderness and care in the way it is handled and it is every bit as touching among the on screen carnage as it was in Zeffirelli’s 1968 film. It can even be argued that Troma’s love for nudity and sex makes the relationship even more passionate and sensual than it ever had been depicted before. I simply dare you to watch Tromeo and Juliet’s plexiglass love scene without having to pull your jaw off the floor.

But when this film goes full bore it is an exploitative, violent, gore-lover’s dream. Juliet daydreams of Tromeo entering her bedroom from an outside window, only to have her bloated stomach torn open by him, revealing rats and buckets of popcorn. In another scene we have a fantastic household appliance-assisted head-explosion. In fact, anything is a weapon here… we have violence by bobby pins, pig carcasses, and even tampons, all doling out payloads of creative blood and gore. My personal favorite scene is the showdown between Tromeo and Tyrone though, as the two feuding houses clash we are treated to everything from eyeballs gouged out with tattoo needles, faces soaked in puddles of piss, and the second best limb severing by a ladder that I have ever seen on film. Die hard Troma fiends get their dose of fan service as well; Kabukiman and Toxie show up to the Capulet’s costume party, posters featuring Class of Nuke ‘em High and Squeeze Play adorn the walls, and the famous Kabukiman car flip shows up during one of the film’s most pivotal moments. 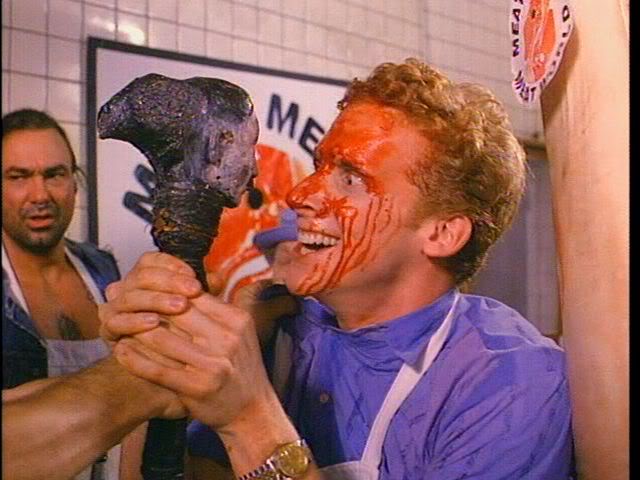 As impressed as I was with the film’s wild and fantastic retelling of the literary classic and the unexpected tenderness and care of the relationship between the star-crossed lovers, it’s the shocking deviations and bold strokes that Kaufman and writer James Gunn make at the end of the film that are truly nothing short of brilliant. It’s a final parting shot to the Bard and really seals the deal as this film takes its rightful place as Troma Entertainment’s masterpiece. Spoiling it here would be a criminal disservice to viewers. Just know that a director like Kaufman isn’t about to let his film end on some dour, depressing note… Tragedies are for pussies.

Two thumbs up, four stars… Whatever it takes, go see this film. I can’t gush over it enough. It takes a really twisted mind like Shakespeare to bring out the best in Lloyd Kaufman.