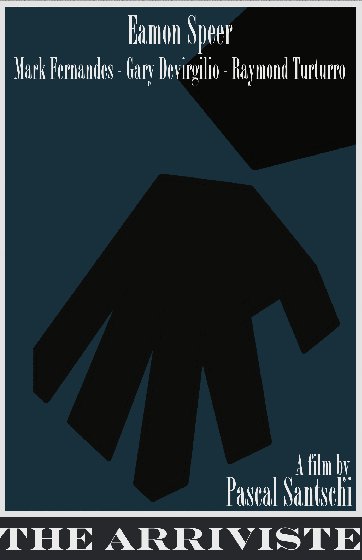 Most low-budget films go the horror route, and while the intro to The Arriviste features a dude getting his hand chopped off, it is quickly apparent that the goal is something other than gory trash. The Arriviste is a mystery crime film, and one that is perhaps more interesting for its backstory than its actual contents. The Arriviste is special in the realm of low-budget, independent filmmaking because Paschal Santschi, the man behind nearly everything in the film, chose to shoot the picture on 35mm film. But wait, isn’t that cost-prohibitive for an indie movie? Usually it is, but by shooting on leftover film from other productions (an old trick used by many budding filmmakers) and by cutting the film’s crew to basically just himself, he kept the total cost for the production just under $10,000. It’s a remarkable feat and is worthy of praise just for the fact that he did it. What’s impressive about The Arriviste though, is that it actually manages to be a good film too! This is an accomplishment in and of itself, as most truly independent productions (as this is) are amateurish at best. The Arriviste remains professional and the 35mm looks great throughout, making for an enjoyable, twisty little movie.

As I mentioned above, the film opens with a man, William, getting his hand chopped off. This sets into motion a cascading series of events involving William’s unfound dead body that doesn’t let up until the final frame. Our main character is Nick, the brother of William, a simple guy doing his best to live out a small existence in his minuscule apartment as he counts off the days of his probation. William left him a note and some keys to an apartment, leading Nick to start an informal investigation into finding his brother’s body. Along the way he comes into contact with a colorful cast of unsympathetic characters that seek to obstruct his way however they can.