From what I understand, eXistenZ is Cronenberg’s last hurrah in the body horror genre. While I’m sad to know that there’s no more gross-out delights coming my way, you couldn’t ask for a better film to go out on. I literally loved everything about eXistenZ, start to finish. I’m a huge fan of Philip K. Dick, and while his influence is apparent in other Cronenberg films, eXistenZ is like the best Philip K. Dick movie that’s not actually based on a PKD story. Cronenberg expertly explores the world of video games and the inner workings of our minds, leaving you with much to consider and contemplate. When this came out in 1999, I immediately wrote it off because of its title’s seemingly dumb capitalization, but now I know you should never judge a movie by its title treatment! Super gooey, super fun, I loved it. There are times when a movie feels like it was made just for you, and eXistenZ is one such movie for me.

Spider is about as opposite a movie from eXistenZ as Cronenberg could have made as a follow-up. Where eXistenZ is loud and grotesque, Spider is extremely subtle and disturbing. It’s a fantastic film, but probably one that would turn a lot of people off. It’s interminably quiet, with Ralph Fiennes mumbling all his dialogue (to great effect). Cronenberg never holds the audience’s hand and explains much of anything, either. We are an active part of the process, so decoding Spider and getting to know the character hinges completely on your engagement with the film. It’s the kind of film that takes a master craftsman to create, and with it Cronenberg one again proves how wonderful and unique a filmmaker he is.

Even though I’d never seen A History of Violence before, I went into it pretty much knowing exactly what it was about. A few years ago I saw Wu Xia, the fantastic Peter Chan film starring Donnie Yen that is sort of a remake of this film. But while I knew the central conceit, thankfully A History of Violence and Wu Xia are very different films that happen to share a few key plot points. A History of Violence initially doesn’t seem to have much in common with Cronenberg’s other films, but by the end I thought it was one of his best and most accessible works to non-horror fans. Cronenberg masterfully pulls together the threads to create a tense thriller that’s also surprisingly got a lot of humor, too. Definitely check it out! And Maria Bello is spectacular as Viggo’s wife; I can’t believe she’s not a more well-known actress! 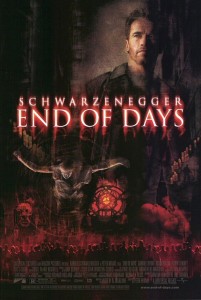