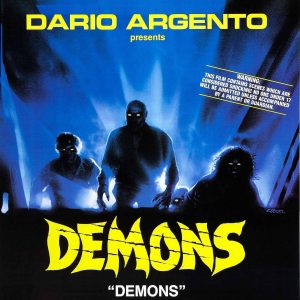 This week on the Silver Emulsion Podcast, Stephen and I talk about the listener-requested Italian horror flick, Demons directed by Lamberto Bava! Grab your ticket from the man in half a silver mask and enjoy! 🙂

Watch Demons along with us on Blu-ray, DVD, or Amazon Instant Video!