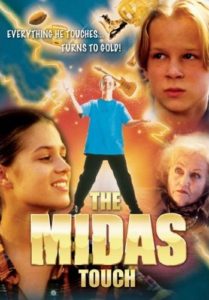 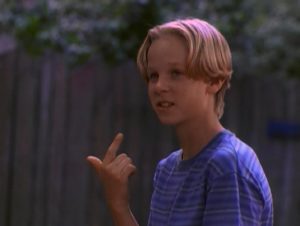 Billy is a downtrodden character without a lot of hope in his heart when we meet him. His grandmother is his life’s bright spot, and as she wanes it quickly becomes apparent that Billy needs to find some strength within himself if he’s ever going to become a successful adult. Even with a complete recovery, Granny’s days are not infinite. Billy is perfectly set up to discover his inner strength, and The Midas Touch does a great job taking him down this path in an entertaining manner. This kind of moral core is often present in Moonbeam’s films, but rarely is it as well-written and strong as it is depicted here.

This dynamic and love between Billy and his grandmother is what grounds the film and makes it as touching as it is. Yes, touching! The Midas Touch not only entertains, it pulls at the heart-strings and makes you feel something. But before you get the tissue ready, The Midas Touch is also pretty darn funny. The adventures of Billy and his friends takes them to a rather salty pawn shop, and its proprietors are the source of great comic relief. I won’t claim that the humor is great or even the least bit sophisticated, but it’s perfect for the film and its audience (and I laughed quite a bit, too). 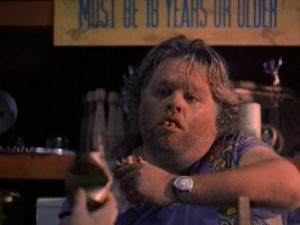 A couple of things hold it back from achieving too high of marks, namely its length, its pace and its score. The Midas Touch treats itself like a real movie, so the film’s runtime of 88 minutes is devoted to developing characters and tying up loose ends. While this kind of “traditional storytelling” works to endear us to Billy and his grandma, it also adds a lot of unnecessary time that makes a slight family film feel longer than it needs to. The fact that the score is nearly constant and always annoying doesn’t make the time slide by any quicker, either! These are small complaints, though, and I think anyone who likes Moonbeam films (or any low-budget family entertainment) would enjoy this one.

The Midas Touch is currently streaming on Amazon Prime!

Next time I get around to a Full Moon movie I’ll be checking in with The Brotherhood II: Young Warlocks! See ya then!