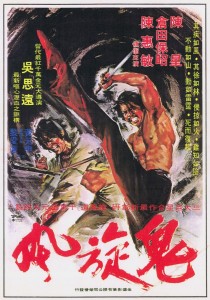 The first act kicks off with a bang, and by bang I mean TONS of fists and legs doing their karate/kung fu thing. First we are introduced to Kurata as he leads a huge group of karate students through their kata before proving to the Japanese head honcho that he is indeed as badass as they come. Chan Sing’s intro is largely the same format, except it involves soldiers learning to fight with their guns as melee weapons and Chan Sing showing them how a true badass does it. The Good and the Bad shows a definite attempt to feature real martial artists displaying their skills, which, coupled with the extensive location shooting, really sets this film apart from its Shaw contemporaries. 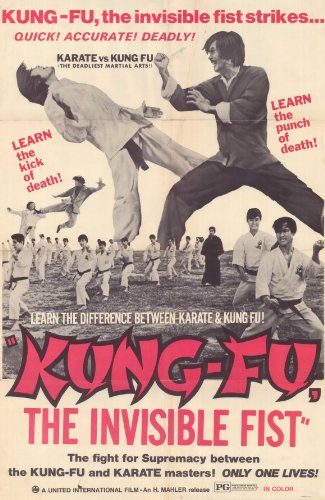 We then move to the docks where the action is still well-choreographed (by Bruce Leung, Gam Ming & Lee Ka-Ting) and entertaining, but it’s not all that memorable. Hon Gwok-Choi does have a short comedic fight that’s fun, and his buddy (who I was unable to find a name for) does some incredible bike stunts, including jumping from a full speed bike and immediately engaging in combat. It’s very Jackie Chan-esque, and this wasn’t the only little moment that reminded me of him. Later in the film Hon Gwok-Choi shows off his athleticism by performing all kinds of cool flips and jumps mid-fight, something fairly rare in 1972 films. Obviously Bruce Lee was the major impetus to get real martial artists into the movies, but I wonder if Ng See-Yuen, who would later produce Jackie’s two breakout hits Snake in the Eagle’s Shadow and Drunken Master, was instrumental in helping it along with films like this.

The middle of the movie is a lot of generic (and fairly boring) posturing, but that’s OK because the finale is pure action gold. It’s something close to 30 minutes of straight action, and it never gets old. Part of this is that it’s also a chase sequence so the location is continually changing, but it’s also because the choreography is exceptional and feels very ahead of its time. It feels much quicker and more immediate than other films of the era, but maybe that’s just because I’ve been watching films older than this for a while now. In any case, I was locked in and enjoying the ride immensely. The one knock to the action is that there are quite a few moments where it is highly visible that the punch/kick is not connecting, so that can take you out of the movie if you’re not willing to roll with it.

Anyway, four big stars to the fantastic finale that truly delivers an epic showdown between Yasuaki Kurata and Chan Sing. It’s easily one of the best action sequences of this era. If only the rest of the film was as good.

No trailer, but here’s a good chunk of the dope finale!

Next up in this chronological journey through the Shaw Brothers Martial Arts catalog: One more film before I get back to business and start 1973! I’ll be checking out Black List, another non-Shaw 1972 film that made the Top 10 at the Hong Kong Box office for that year. See ya then! (Hopefully sooner rather than later.)