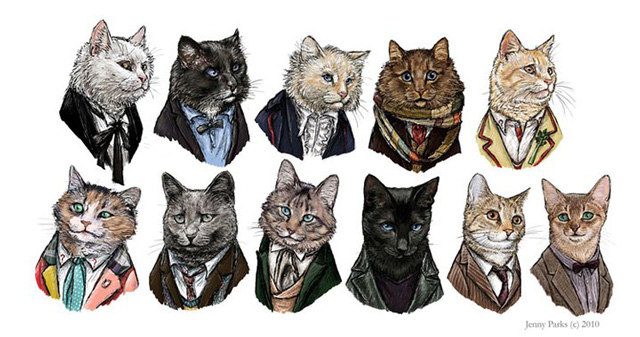 I’ve been aware of Doctor Who for most of my life, but I’ve never seen a single episode. I can’t recall how I heard of it, but that doesn’t really matter. I was a little kid who loved science fiction and somehow I learned that there were these British shows called Doctor Who and Red Dwarf (which I’ve also never seen any of… yet). All I knew were the titles, and they seemed so intriguing and mysterious. So like any crazed child>adolescent>adult, I kept this knowledge in the back of my brain… just in case.

And that time draws nigh!

With my newfound interest in TV shows, I figured it’d be a great time to dig into Doctor Who and see what (and who) all the fuss is about. And because I’m me, OF COURSE I’m starting at the beginning. Season One. 1963. William Hartnell. This puts me in the position of potentially losing thousands of hours to this damn show if I like it, and as much as I want to do just that, a more rational, “You have better things you could be doing” part of me hopes that I absolutely hate it. But deep down I think even that guy is overjoyed to embark on this journey in a couple of days. 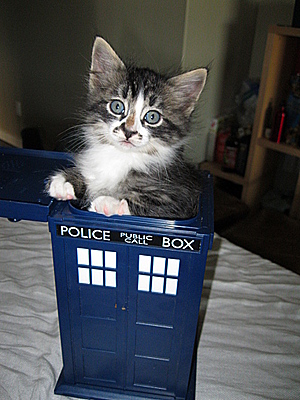 I have managed to remain relatively spoiler-free, too. Here’s what I’ve picked up here and there along the way to now:

So that’s what I know. Not too much, I’d say, but who knows? Maybe that’s all there is to Doctor Who! (I doubt it… 20+ seasons and 800 individual episodes on just these shaky facts would be insane.) Anyway, after I watch the first season I might do a follow-up post if anyone’s interested (including me). We’ll see. [Update: I’ve finished the first season and I did feel compelled to write about it. Check it out here.]

And while we’re talking about Doctor Who, what are your experiences with the show/character/experience/cult of Doctor Who? Got a favorite Doctor? (Feel free to identify him by the corresponding cat above 🙂 ) Or perhaps some far-too-soon warnings like, “Episode 491 is just awful!!!!” Or are you fairly clueless like me? Anything, really.