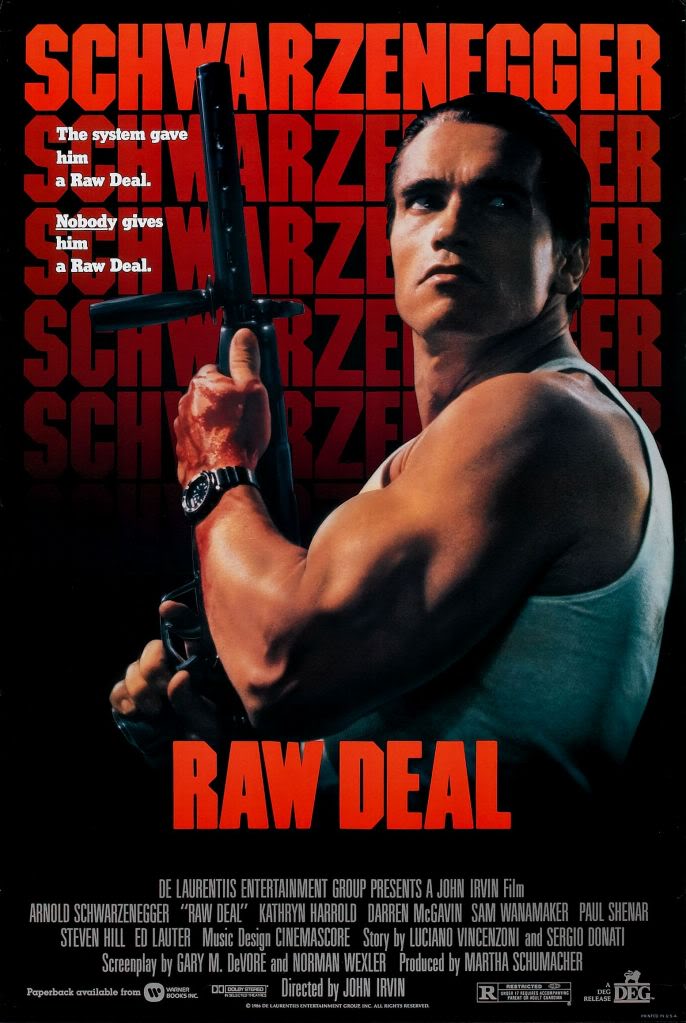 Raw Deal is a much more down-to-earth action film for Arnold (especially at this point in his career) and he handles the material well. The role isn’t really tailored to make Arnold stand tall as a giant among men, but he does get more than a few chances to assert his Arnold-rific greatness (which he, of course, also does well). But Raw Deal is a more subtle and grounded film, so I can understand why it is lost in the shuffle among the Arnold classics.

In addition to the “slick back the hair” montage, Raw Deal also features an awesome “getting ready” montage, something that modern action films need a whole lot more of. ’80s action movies and every episode of The A-Team had one because they knew that’s what kept everyone coming back for more. The simple power of a close-up of a shell entering a shotgun’s chamber has largely been forgotten in today’s CGI haze; the flashing lights have dazzled audiences to the point of losing sight of what really excites us. Put on some dope rock ‘n’ roll and check that revolver’s load! Simple images are the most effective, and a grouping of them in montage is what my entire generation’s dreams were built upon. 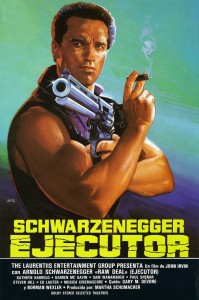 What’s even better is that Mark, Arnold’s character, seems to be aware of this fact. In a climactic scene at a construction site, Mark has prepared himself to drive into the location and lay waste to whatever might stand before him. But before he guns the throttle into certain death, he pops in a Rolling Stones tape so that his ride into destiny is scored by Satisfaction. If he dies and he can’t get no satisfaction through revenge, he’s damn sure to die on a high note listening to some of the best that rock ‘n’ roll ever offered the world.

The only thing that really holds Raw Deal back are the scenes without Arnold, involving the interplay between the mobsters. I never did put names to their faces, so when one guy was talking about how so-and-so was a bastard, I was lost as to who that bastard was. It’s a minor concern because regardless of who the mob guy thinks is a bastard, Arnold knows they’re all bastards. And we know he’s going to kick all of their bastard asses. It would be nice if the story made more sense at times, but before you get too far along in that thought process while watching Raw Deal, some dope ’80s rock music will play and Arnold will bust a few heads. Problem solved.

Raw Deal has gotten a raw deal from Arnold fans for years, but I’d definitely recommend giving it another shot. It’s a lot of fun if you forget what you know of Arnold’s better films, and it’s also the first film to feature Arnold riding a motorcycle and smoking his trademark cigars. That should count for something, right?

I’ve already reviewed Arnold’s next film, Predator, so next up in this chronological journey through the films of Arnold Schwarzenegger will be The Running Man, another of my all-time favorite films. Can’t wait! See ya then!