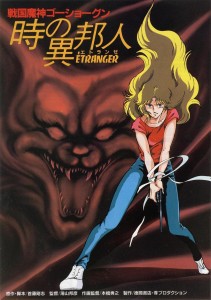 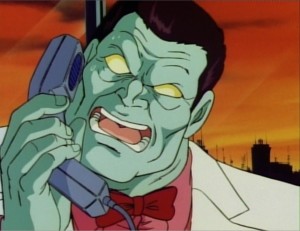 While there are a few moments where this film could have turned into horror, it really isn’t. Had it been horror, Remy would have been the last person scheduled to die, and we’d spend the film watching the other characters die off one by one. Instead, Remy is the first on the list, and the others spend their whole time trying to protect her and prove the prophecies wrong. The film is more about facing death, and about Remy as a character. Her friends routinely comment, both in the hospital scenes and in the city scenes, on how Remy refused to admit defeat her whole life, and that this time would be no different.

It would be easy to see this as a film about how people die, but I think it’s trying for something different. It’s not just metaphysical, it’s almost metafictional. One odd facet of the movie is that you never get to see Remy’s face as an old woman. It is always covered. I spent the whole film waiting to see what she really looked like under that respiration mask, but she’s never shown. It also struck me at the time that none of the other characters looked particularly old either. Certainly not the 70-ish years they should be. At the end of the film it dawned on me that this film is about how we see heroes. And I don’t mean real life heroes. I’m talking about how we as viewers see heroes in fiction. 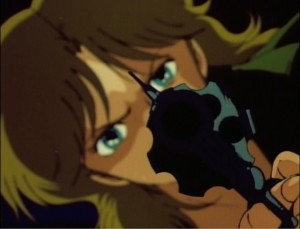 This film did not stand on its own. It was the conclusion/sequel of the GoShogun TV series, which was a mecha action series similar to Voltron. Outside of Japan the series was heavily edited and released as Macron 1, but it made up for that by inserting cover bands playing Michael Jackson songs. When Time Étranger talks about Remy dying, it’s really talking about how the fans (or perhaps the creators) of the series see her. That’s why Remy is never shown as old. She never will be old. No matter how many years pass we, the audience, will always see her in the prime of her life when she was out fighting evil. And so the film ends not by showing an old woman in her death bed, but by turning back the clock and showing her in her youth, as she will always be remembered.

But as symbolic and bizarre as the film is, it’s also chock full of kick-ass action scenes which are a ton of fun to watch, and the film can work very well at being a simple action flick if you don’t want to hurt your brain thinking about it. Remy and her comrades have some wonderful ’80s action scenes as they fight off the angry villagers. At one point Remy is even chased around by a gang of them on bicycles. Screw torches and pitchforks, no angry mob is complete without a fleet of bicycles to traverse the city with.

The themes might have worked better had they been attached to a more prominent hero, but even having no prior knowledge of the series, Time Étranger is still a thought-provoking story with a lot of cool action and a great adventure tale. And of course if you’re one of the few people who actually remembers Macron 1, then this is a fantastic and loving epilogue that has only become more meaningful with age, though it has no mecha action at all and you’ll have to accept the different names for all the characters.