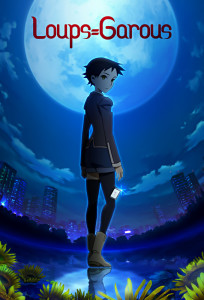 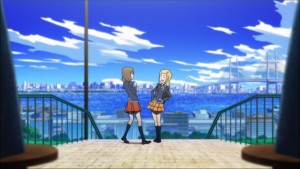 It’s actually done pretty well, making Haduki and her friends sympathetic. They mostly fill generic character types, but manage to do so without becoming too clichéd. Haduki is the bumbling loser, but because we see her growing and facing her problems she never feels pathetic. Rei is the cool badass, but actually acknowledges her emotional investments. The spunky hyperactive girl Mio is exuberant enough to be endearing without crossing the line into obnoxious.

Ayumi is a rather weird matter, though. At first I thought she was a boy, and even the subtitles refer to her with masculine pronouns. It wasn’t until the end of the film when we see her in a skirt that I figured out she was a girl. This shed a whole different light on the character dynamics, particularly on the way Mio keeps insinuating Haduki has a romantic interest in Ayumi. Does that mean Mio is calling her a lesbian, or did the characters even know Ayumi is a girl? There are dozens of ways to interpret things, but I’m leaning towards the translators just making a goof while Mio is trying to provoke a reaction from Haduki. Maybe if I watch this again someday I’ll come up with a better interpretation. 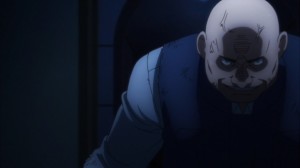 When the serial killer plot that has been languishing in the background finally picks up, it really feels like a different film. The characters are no longer in a drama. Now they have to run for their lives while someone tries to systematically kill them all. And as much as that first half of the film feels like a mistake to me, it does endear the characters to you and make you truly care about what happens to them. It’s also in this part of the film that Ayumi begins to mention those loups garous and that principle theme about killing comes to the fore, even if it is clumsily handled.

This part of the film follows a rather typical Big Brother scheme, but like the first half it works without feeling totally generic. At least it didn’t fall into the “Soylent Green is people!” cliche that I had worried about from the moment those synthetic foods were mentioned. I do have to thank the creators for ending the film right by having the characters solve the problem in the most logical and obvious manner possible. Even though I think people were a little too accepting of Ayumi’s dark past, it ended exactly the way it should have. I was worried when the goofy cat robot showed up. It was just too silly for the mood of the film, and I feared things would keep going downhill from there. The useless security robots certainly hadn’t given me high hopes. 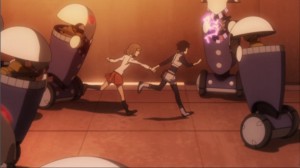 Those robots look like trash cans installed on a Segway, and have about as much functionality. They aren’t helped by the cheap CG either. The only thing they seem capable of is opening up and showing off their sparking interiors. I guess that might be dangerous if someone happened to trip and fall into one. Three teenage girls manage to destroy a dozen or more of them without breaking a sweat. And one of those girls had a busted shoulder, while another just stood around gawking rather than fighting. When one of the villains pops out and apologizes about the security robots being under maintenance, I can only assume he is telling the truth: that someone forgot to install the weapons and therefore he needed to resort to plan B. When R2-D2 has more combat functionality than your security robots, there is a fundamental design flaw that needs to be addressed.

As many failings as this film has, though, they’re mostly superficial, the kind of things that keep a good film from being a great film. And in the end, Loups=Garous is a good film. The story is rather well executed, and manages to keep a good pace even through its slower moments. The dramatic moments work as well as the action scenes, and for all that it feels disjointed and unfocused, it still remains entertaining.