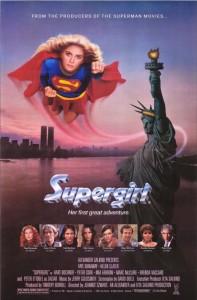 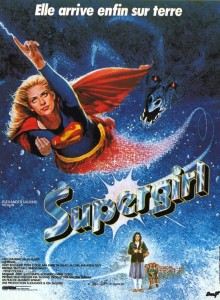 If Superman and Richard Donner’s version of Superman II proved anything, it’s that superhero films need some element of grounding and believability to work. Comic books are a medium that don’t require that, so many stories that lean hard into the fantastic immediately become challenging to adapt. But Donner wisely saw that trying to adapt the story beats of a comic story one-by-one were the wrong way to go. Mainstream audiences might have a light knowledge of the character, but most people don’t read or care about comics. They want to see stories they can relate to, and, in this case, fantastic things that they can believe in. Richard Lester had a different approach with his Superman II and Superman III, going as far into the comic camp of the genre as possible without totally destroying the film’s credibility (which he arguably still did anyway). But Supergirl goes even a few steps beyond Lester’s level of camp, turning up everything way past 11 and hoping for the best.

This isn’t necessarily a bad thing if the overall film is fun, but with Supergirl the story just isn’t there. Much of the movie drags like Superman trying to pull an anvil make of Kryptonite. Watching Hart Bochner under a love spell will only get you so far, even when you realize that it’s Harry Ellis from Die Hard, and you keep adding “Bubby” to everything he says. (I.E. “Marry me, Bubby.” “We’re from different worlds, Bubby.” or “Linda, Bubby, love makes everything possible.”) While Helen Slater performs admirably for an unknown in the role of Supergirl, everyone else in the movie is fairly annoying. Faye Dunaway does her best to ham it up something fierce, but she has no character arc and most of her scenes induce more head-shaking than those photos of Chinese dogs wearing pantyhose. So when the characters aren’t engaging, and the story is boring, even the best B-Movie thrills in the world will only raise your film up to average levels of entertainment. 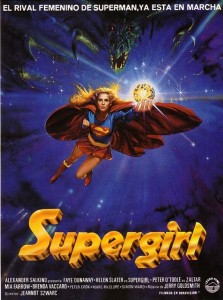 Supergirl also doesn’t feel much of anything like any of the previous Superman films. Aside from the obvious tone differences, everything about this one feels a bit off. Maybe it’s just the boring, lesser quality cinematography, but this felt like a different, new universe instead of the one set up by the Donner film. Perhaps it was a subtle, clever attempt to do something with the Multiverse idea from DC? The only real connection to the old films is the Jimmy Olson character, who comes to town to hang out with Lucy Lane, Lois’s sister. (On a side note: does Jimmy Olsen ever change his clothes? It seems like in every film he’s always wearing the same vest and outfit.) It also would’ve been nice to see Christopher Reeve in a cameo (other than the lengthy, lingering shot on the poster of him in Lucy Lane’s dorm room).

Along with Superman III and Superman IV, Supergirl was one of the Superman films I saw over and over as a child. It wasn’t any conscious choice on my part, it was simply what was available to me. But for some reason, I had a hard time recalling much of the film. It would seem that even as a child who enjoyed the film, I zoned out through a lot of it. But this time around, even through all the harsh words and the hammy acting, I did enjoy a good portion of Supergirl. When it stops talking and goes into its light heroics, I found it pretty enjoyable in a B-Movie way. The ending confrontation is something that I can’t believe got past the first re-write stage of the script, but I’m glad it did because it’s the kind of batshit-crazy movie magic that could only come out of the ’80s. There’s also a fantastic scene of ’80s electricity, which, if you didn’t already know, is without a doubt the best kind of electricity.

I can’t call Supergirl a fun movie to watch, though, as it’s much more annoying and drawn-out than it needs to be. The most egregious of these scenes is the fan service section within the Phantom Zone, which probably looked a lot better on paper than it does on film. I will say that this part of the movie is chock full of lines and visual cues that are perfect fodder for sexually themed MST3K-style riffing, though, so that did provide a fair amount of enjoyment. But Supergirl is more a test of your will to sit through the boring garbage to get to something mildly enjoyable than anything else. That’s kind of the way a lot of B-Movies work, though, so if you’re already attuned to that frequency, check it out… maybe?