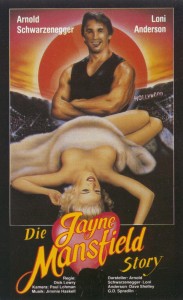 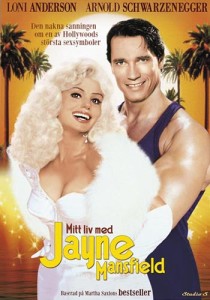 While The Jayne Mansfield Story is quite far from being a good movie, there are a few things about it that I found notable. The most interesting filmmaking technique comes by way of some inserted sections of actual newsreel footage to help set the time frame and what was going on around the dramatized events in the film. They then go a step further, shooting some new footage in B & W and blending it together with the newsreel footage rather well. There’s always something of an ’80s quality to the film, but the newsreel inserts do make suspending your disbelief of the time period easier.

If the story beats of the film are to be believed, Mansfield’s character was also an interesting one in terms of how she broke into her career, and how she had hoped it would go. She got her start by specifically playing up the dumb blonde stereotype, making men used to the more reserved females of the 1950s go gaga for her upfront sex appeal. But for Mansfield, this was all an act, as she hoped to one day become a serious actress. We’re not given any information that she was capable of actually pulling that off, but the film makes it very clear that it was her main career aspiration. Anyone who’s ever tried to do anything creative will at least be somewhat familiar with the struggle between doing something for the love of it and doing something to get ahead, so this aspect of The Jayne Mansfield Story was largely successful.

The film is also notable as an Arnold film for a couple of reasons. This is the first film where Arnold was given a more demanding, nuanced role (although Stay Hungry also had some of that), and while he doesn’t necessarily give a great performance, he does well for the level of acting displayed by everyone else in the film. Arnold plays Mansfield’s second husband Mickey Hartigay, an early bodybuilder who was Mr. Universe in 1955. He’s a great fit for the role (obviously), even if he comes off as somewhat ridiculous during the moments that require a little deeper acting craft. I’d have to say that some of the blame should rest on the shoulders of the director Dick Lowry, because Arnold had previously given some pretty good, if limited, performances when under different directors. Lowry did improve, though, as he went on to make the Mr. T classic The Toughest Man in the World, just a few years later. 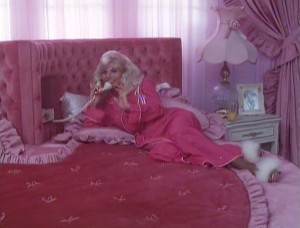 But back to why this is notable as an Arnold movie. For one, Arnold actually resembles the Arnold we’ve come to know and love, as opposed to “the ’70s Arnold” with the shaggy hair that looks like a bodybuilder trying to break into the industry. The costuming also does a lot to make this Arnold feel separate from his previous work, clothing Arnold in everything from bodybuilding briefs to dapper suits with suspenders (including one suit that looks very similar to the one worn in Twins). And secondly, this was the first film to feature Arnold’s angry “action movie” voice that I have a hard time assigning descriptive words to, but any Arnold fan should know what I’m talking about. He doesn’t quite go full-tilt into it here, but there’s a glimmer of the Arnold to come. Arnold freaks out in a very specific way in his films, and when he does a bit of it here I felt like I was watching Arnold develop the on-screen Arnold persona right before my eyes. As we are all products of our experiences, this probably isn’t too far from the truth. Every previous film had all led up to this moment. The stars aligned, the planets converged, and Arnold’s action movie voice was born. He was now ready to ascend to the next level, just in time for the filming of Conan the Barbarian.

I should probably also note that I’ve actually never seen a Jayne Mansfield movie, so I can’t comment on how well Loni Anderson pulled off the role. I thought she did rather well, though. She is SUPER annoying with all the high-voiced antics to entice the men around her, but Anderson seamlessly pulls off the transition between the personal Jayne and the public Jayne, so there’s definitely good with the annoying. 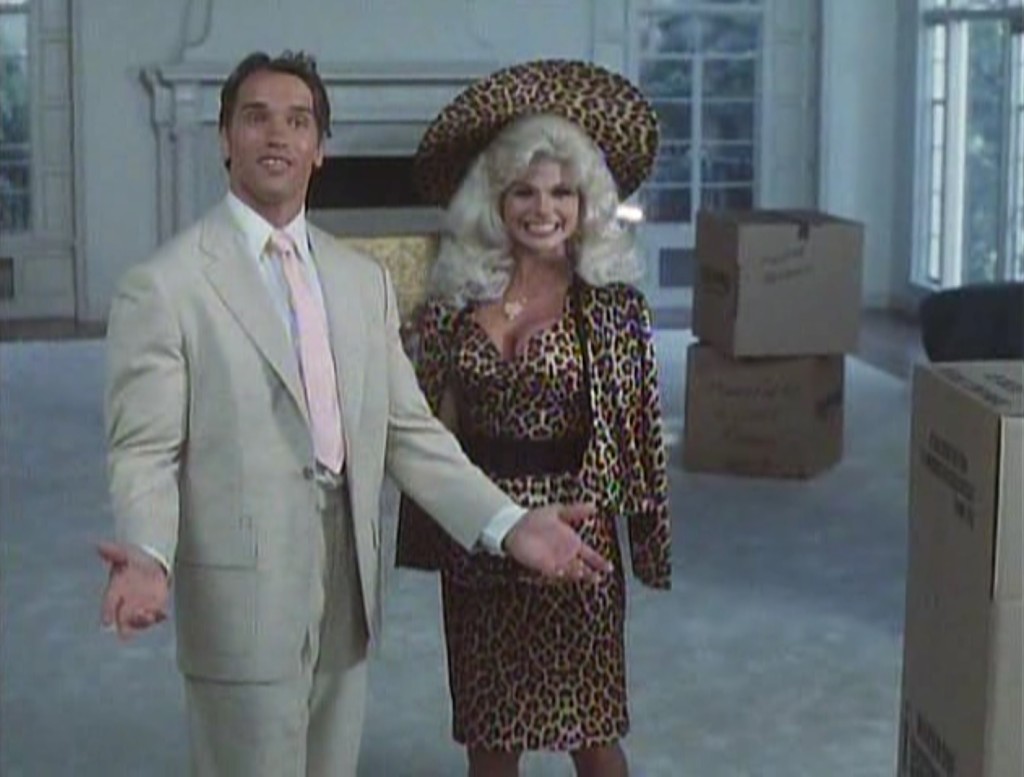 Well, this review seems pretty positive overall, so I should probably reiterate that The Jayne Mansfield Story is more boring than anything else. If you’re into Jayne Mansfield and early ’80s TV movies, though, this is a no-brainer, especially if you like the leads.

And, no, Arnold, that’s not just the vodka talking.