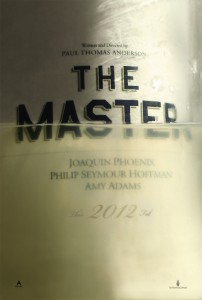 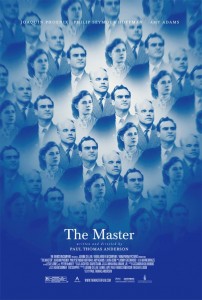 A good movie will explain everything, but a great movie will leave something provocative on the table to keep the conversation going: the origami crane in Blade Runner, the top in Inception, the joyful ending of A Clockwork Orange. The Master goes a step further and leaves almost everything on the table, asking the viewer to piece the entire film together. Herein lies the heart of the matter as to why I don’t know how I feel about the film. It’s just one of those movies that you have to process. I imagine repeat viewings would allow a careful viewer to uncover some meaning here, but I doubt that I will be game to see this again for a very long time.

But I don’t want to paint a bad picture of the film, it’s thoroughly engaging (as long as you know what you’re getting into: a slow-moving character drama) and it’s absolutely stunning to look at, every single shot. Seriously, an alternate title for this could be: Cinematography 245: How to Make Literally Everything Look Amazing. The performances are also universally riveting, commanding your attention and holding you in awe for extended periods of the film. As Hoffman tells Phoenix to answer his questions without blinking, I too tried to focus on the film without blinking, putting myself into the film, not because I wanted to, but because I could not help myself. I was compelled to participate by the power of the scene. It’s heavy, man, but like playing Super Mario Bros. and jumping along with Mario when you came to a hard jump, there was never a choice.

Reflecting on the film, I do feel that I’m gaining some insight into the point of it all. Just writing this has helped me to solidify my thoughts, and the ending seems to have gained something of an underlying, logical meaning in my mind. And even though I’m having a hard time understanding if I enjoyed the film or not, I can honestly say that I did not leave the theater unsatisfied. Questioning and puzzled a bit, yes, but not unsatisfied. Actually, this very well may be Anderson’s best film technically, but it is definitely not his most fun to watch.

I think history will look back on the films of Paul Thomas Anderson as defined by his composers: “The Jon Brion Period” & “The Jonny Greenwood Period” & “Another Oddly Spelled Jhohn Period” (if he continues the trend). I definitely prefer the Jon Brion era, as the films are sad and meaningful, while still retaining a whimsy (just like Brion’s music). There Will Be Blood and The Master are definitely a lot harder to enjoy, but they feel like Anderson coming into his own as an artist. Where his early work readily shows off his Scorsese/Altman influences, his last two films feel wholly his own. Paul Thomas Anderson is America’s eminent auteur of the modern era and I’m happy to have seen his latest work. But overall, did I like it? I don’t know… I don’t know… I don’t know…