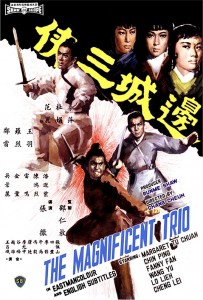 One thought on “Mini-Review: The Magnificent Trio (1966)”