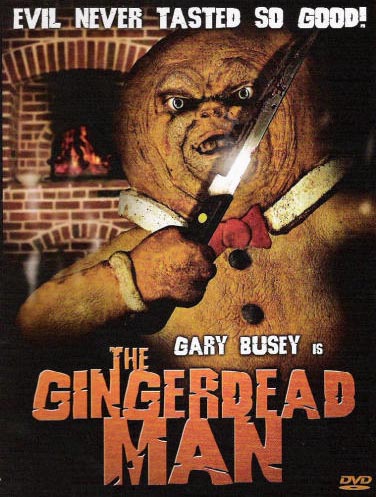 Gary Busey plays a crazed lunatic who takes control of a diner and kills the father and brother of our main character, _________ (insert random female name here). He can’t bring himself to kill her and is apprehended by the cops. They execute him and mail his ashes to his mom, who is apparently a practitioner in some wild shit, as she mixes his remains into a gingerbread seasoning and leaves him on the doorstep to the spared girl’s family bakery. A wannabee wrestler who works with her cuts himself and bleeds into the dough, so when the girl decides to bake up a giant gingerbread man, she gets more than she bargained for!

The premise is a fun one, and the setup isn’t too bad. It’s handled clumsily, but that seems more like a casualty of the budget than anything else. Charles Band still knows how to shoot a movie so it has the benefit of being relatively easy on the eyes. The main problem is with the script though, as the writing is just awful, made even worse by the bad acting. I’m a fan of good bad acting, but the work here from almost everyone is just shit. The main girl is OK, as is the wrestler yahoo, but they aren’t good enough to carry my interest or attention for an entire film. And this film is only about sixty minutes long when you discount the near-twenty minutes of credits. 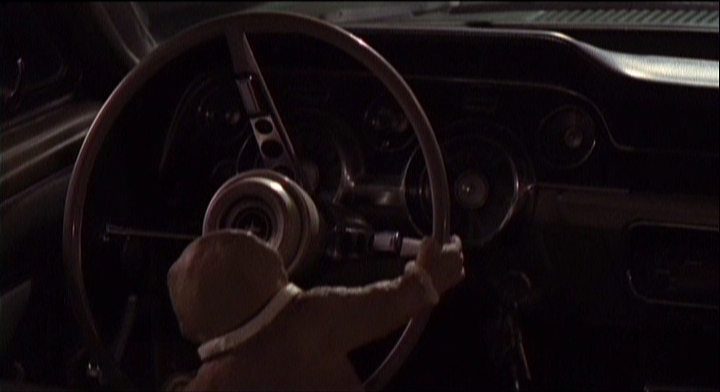 In these types of horror films it’s more about rooting for the puppet than the humans, but the budget here was either too small or poorly used, as the gore footage that might make this fun is virtually non-existent. The Gingerdead Man puppet (fashioned by John Carl Buechler) is great and looks awesome doing whatever it happens to be doing, but that’s about where the charm of this one ends. The puppet must have cost more than expected, as all the death scenes are quick cut-aways and cheap bullshit instead of quality splatter FX. Band has never been known to throw too much blood around but he’s gotta do better than this.

Shitty writing and no gore? Fuck this. Hopefully the sequel is better.