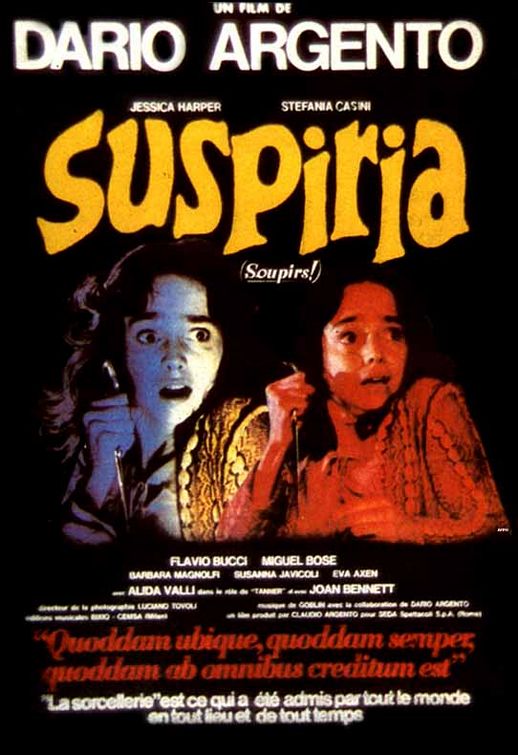 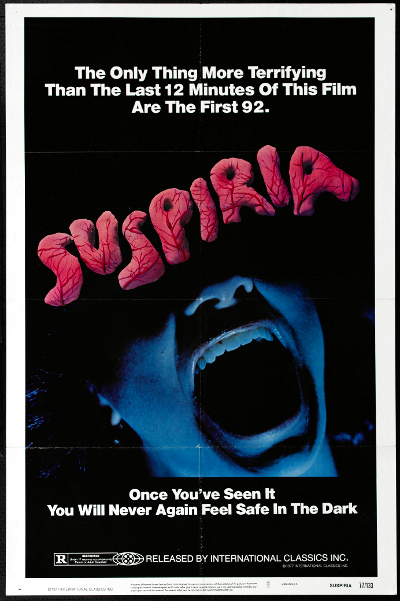 American dancer Suzy has come to Italy to study her art at a well-respected school. She arrives on a very stormy night and just as she arrives at the door, it bursts open. A twenty-something girl yells some nonsense and runs off into the night. The people inside the school refuse to let Suzy in. Argento then follows the girl who ran off as she travels through the forest and ends up at a friend’s apartment. She thinks she is safe until a man’s gloved hand crashes through the window and violently drags her outside and up to the roof of the building. He stabs her repeatedly, with the final blow landing deep in the victim’s exposed beating heart, before tying a rope to her neck and pushing her through the stained glass skylight window and into the building’s foyer. The rope tightens at the bottom of the fall, snapping her neck. The apartment owner, who ran down to try to call some help, stands helpless to watch and ends up with glass shards and metal stabbed through her body.

This opening is the closest to a straight-up giallo murder scene in the entire film and as it comes within the first few minutes it can be seen as Argento’s nod to his previous films and their structure, before venturing off into the ether and Suspiria‘s world of the supernatural. This isn’t to say that Argento gets all new filmmaking techniques along with the shift though. The lead character is still struggling to remember something that happened in the opening of the film and there are moments of first-person camerawork. Overall though, Suspiria channels the previous Argento movies in much more subtle ways and is a much better film for it. 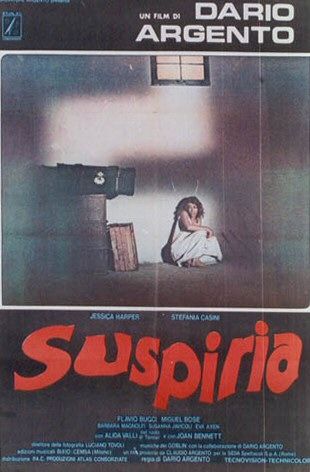 To be fair, Argento does do a few new things with this one. He has always used color and light to effectively tell his stories, but never quite like this! The colors in Suspiria are incredibly brilliant. Argento used the imbibition Technicolor process used on older films like Gone With the Wind and The Wizard of Oz to specifically make the colors more bright and memorable. Wide angle anamorphic lenses were also used to purposefully create a slight fish-eye effect to throw viewers off-kilter. I don’t know that this is the most effective approach, especially because I recognize technically what is being done, but it does give the film a unique, strange look that is seldom seen in other films.

These visual tactics are all great, but the greatest element of creep in the film comes from the masterful Goblin score. They wisely keep the prog-rock drums off the actual score and just focus on repetitive, creepy tracks that slither their way into your psyche and whisper dark thoughts into your ears. Like the Morricone scores for Leone’s westerns, the Goblin score was composed before any filming had begun. This allowed for Argento to compose a movie around and representative of the music and he pulled it off masterfully. Suspiria will forever populate lists of the greatest film scores specifically for this reason, as the filmed images are impossible to separate from the music. I read a story that Argento played the music at full blast while filming to throw the actors off-balance and creep them out to create better, fearful performances. I’d say he succeeded. 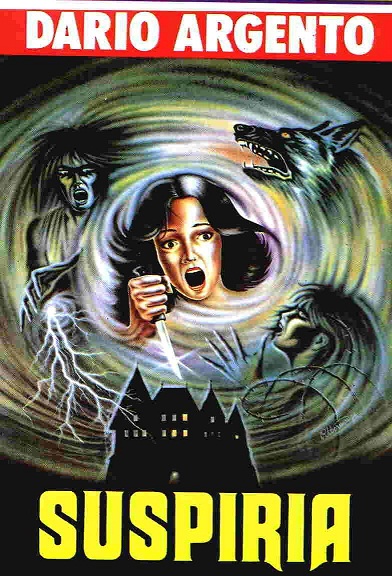 The film also benefits from being relatively short compared to the last two Argento movies I watched. As he has a tendency to make slightly boring movies with flashes of brilliance, it’s always better to have a shorter movie with less of the boring stuff. Suspiria still has moments when it feels like not much is going on, but even more so than The Bird with the Crystal Plumage, Suspiria is a film that plays incredibly well and shows why Argento is so popular. The cinematography in the film is nothing short of fantastic, evident right from the start with a brilliant opening reel. Any problems you might have with boredom are immediately solved as we enter the final act. The last ten minutes of the film are an absolute tour-de-force, featuring some of the best supernatural scenes ever filmed. From a technical standpoint, they are pulled off so well it actually looks like a whole host of nasties from Tobin’s Spirit Guide are laying waste to the sets, with vases exploding and wallpaper curling under its own power. It is an excellent display of how powerful some simple, well-timed physical FX can be.

Suspiria is one hell of a movie that will get under your skin and stay a while. Highly recommended to all horror fans. If you’re an Argento fan and you haven’t seen this, what’s yer problem? Get to it. It should also be noted that the Netflix Instant version has about five minutes cut out, including most of the gore, so consider yourself warned and hunt down one of the quality DVD releases. Ninety-eight minutes is what you’re looking for.

Come back tomorrow as Uncle Jasper closes out his Lucha Libre horror series with the recent American-produced film, Mil Mascaras vs. the Aztec Mummy! Wait…American? This should be interesting!