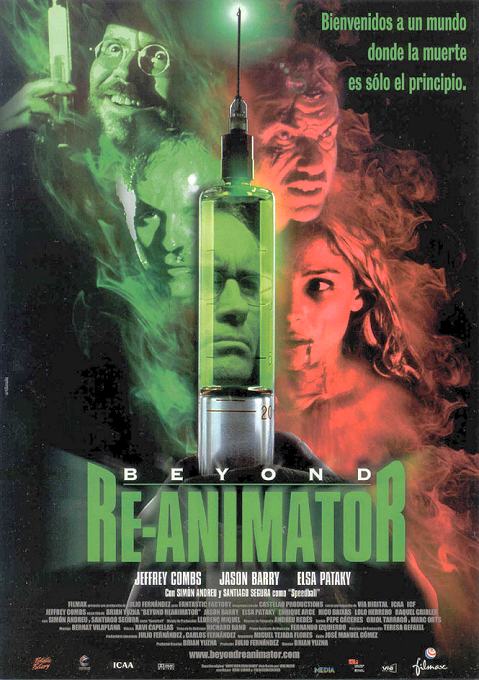 Combs seems tired of playing the character in his first scenes, but as the film moves on he seems to settle in and have fun with it. The rest of the cast is pretty bad though, with tons of shitty dialogue delivery and wooden expressions. This honestly didn’t detract too much from my enjoyment though, as I was able to laugh at it and wait for the next fun-filled special effect. Simón Andreu as the sadistic prison warden is easily the best of the supporting cast. His scenes later in the film are especially fun due to a new advancement West has made in his work during his prison stay. 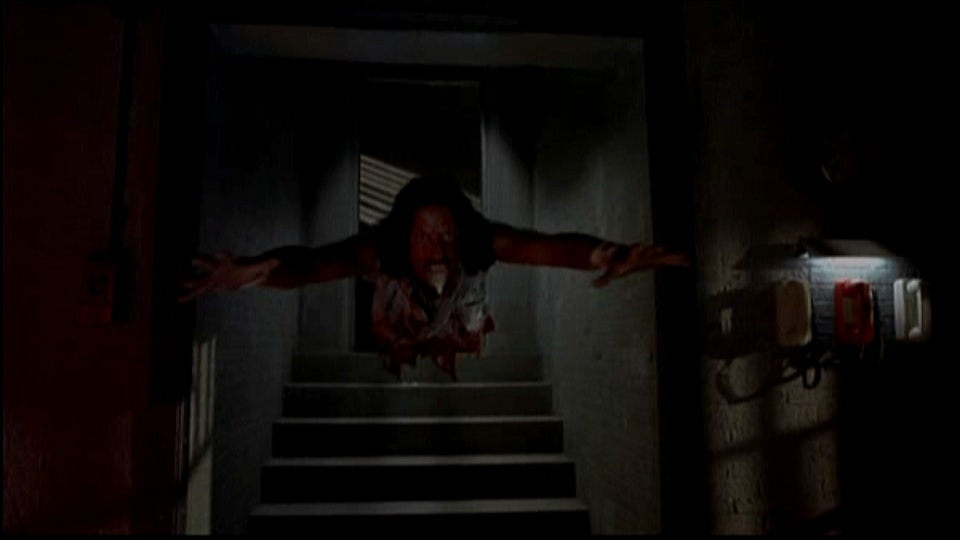 In the first film, West conquered simple re-animation of dead tissue. The results were violent and uncontrollable. In the sequel, he was able to fuse random body parts and create entirely new life from his findings. Still, the results were violent and uncontrollable. In Beyond Re-Animator, West has discovered that Nano-Plasmic Energy exists in every cell of a living body and it’s only a matter of re-introducing it to the re-animated subject for them to regain normal function! For the most part it actually works but subjects are still violent. The difference this time is that these pseudo-zombies possess their own free will. The subjects are now coherent and able to talk as well, so they become more full-fledged characters than previous re-animation experiments. This also adds some cringe-worthy scenes towards the end, but it works overall. especially when West re-animates the warden with the Nano-Plasmic Energy of a rat. It produces hilarious results and it is this kind of reckless imagination, similar to the bat-winged Dr. Hill in Bride of Re-Animator, that elevates the film to a much funner place than your traditional, tired second sequel. 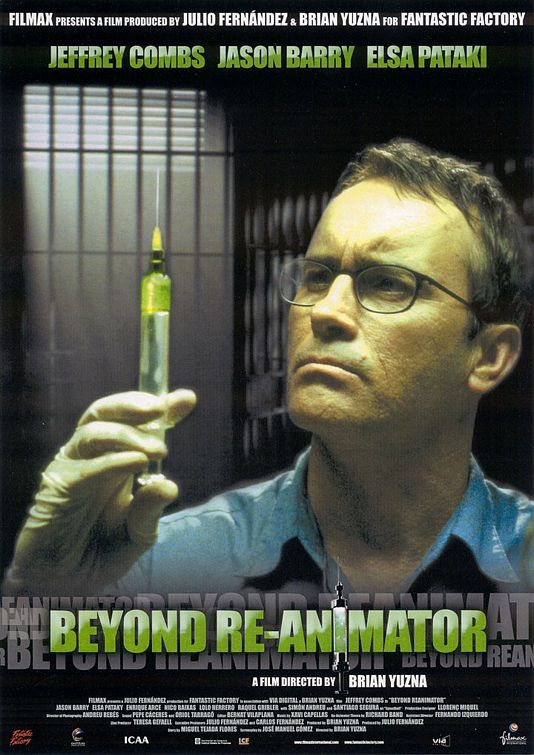 The film originally premiered as a Sci-Fi channel feature, but that version was cut to TV-PG. That ain’t the way to experience this film. Shitty as it may be, the sheer lunacy of some of these moments really need the gore and the shock value the R rating can allow. You won’t see a re-animated torso swinging on a rope to attack West, nor will you see a rat rolling a severed penis back to his rat-hole in the TV-PG version. As moments like these are the reason to watch shit like this, I can’t imagine bothering with anything less than the full version.

Beyond Re-Animator is a pretty bad movie overall, but it definitely has its moments like the previous sequel. I had a lot of fun with this one and I think any good sadistic horror fan will have an equally fun time with it. One of the film’s biggest hurdles is that it was produced in Spain, but they try to hide that fact throughout by dubbing certain actors. This can be off-putting at times, but if you ask me, it only adds to the B-movie fun factor. If you’re on the fence after reading this, it’s probably best if you sit this one out, but if it sounds like a good time check out the first two and then give this one a go. It’s fun.

Come back next Tuesday as we kick off the October shitstorm of horror movies one week early with the rare Clive Barker film, Underworld AKA Transmutations!