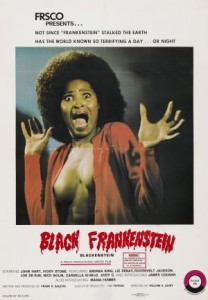 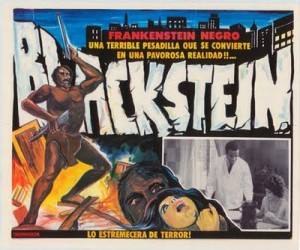 Blackenstein is a film that seems to think its premise alone is enough to sustain itself for an hour and a half. It ignores every lesson that made the film it attempts to rip-off so good. The acting is atrocious and everybody looks like they are sleepwalking through their performances. Ironically, the only actor worth mentioning is a racist male-nurse, who at least shows a little bit of enthusiasm in his role. But being that the most likable performance happens to be by the guy who is supposed to be the biggest asshole in the film doesn’t bode too well for it. The dialogue is also uninspired and unnecessarily expositional with exchanges that go something like this:

Dr. Stein: My goodness you look wonderful! How long has it been?

Dr. Walker: Oh I guess about three years. Yes because I’ve had my PhD in physics now for about two years, and I’ve never forgotten the year and a half I’ve spent studying under you.

The entire budget seems like it went towards Dr. Stein’s admittedly cool laboratory, which features all kinds of flashing lights, diodes, bubbling beakers, and arbitrary meters and gadgets. But if even a fraction of that went towards finding some credible actors, drama students even, the film would benefit greatly. Instead we have this poor guy playing Blackenstein who has such an extraordinary lack of acting skill that even three pounds of prosthetics and makeup can’t cover it up. 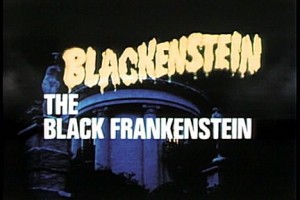 And if the first half of the film held anybody’s interest, then the last half is guaranteed to obliterate it. For the final 45 or so minutes, we have Blackenstein escaping his prison, night after night, murdering random strangers. Believe me, aside from a few seconds of decent gore, this is not as exciting as it sounds. The murder scenes are so slow because poor stiff-ass Blackenstein has no mobility and the editing seems like it was cobbled together by a catatonic four-year-old with a pair of scissors. There is no motivation behind his killing spree, so ultimately he just comes off as a mad animal that needs to be put down. The original Frankenstein worked because of the monster’s inner struggle with his repressed humanity and compassion. This monster is just a mindless killer, which totally disengages the audience from even giving a shit.

Wow. I didn’t think it was humanly possible, but William A. Levey managed to create a blaxploitation film with no soul. It is borderline criminal for a film titled Blackenstein to be this boring. Don’t let your love for Blacula encourage you to even give this one a shot, this movie doesn’t even have any of the redeeming qualities that make most bad movies watchable.

One thought on “Uncle Jasper reviews: Blackenstein [The Black Frankenstein] (1973)”