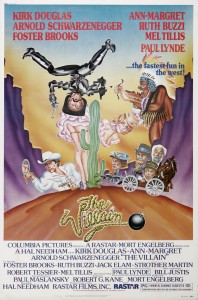 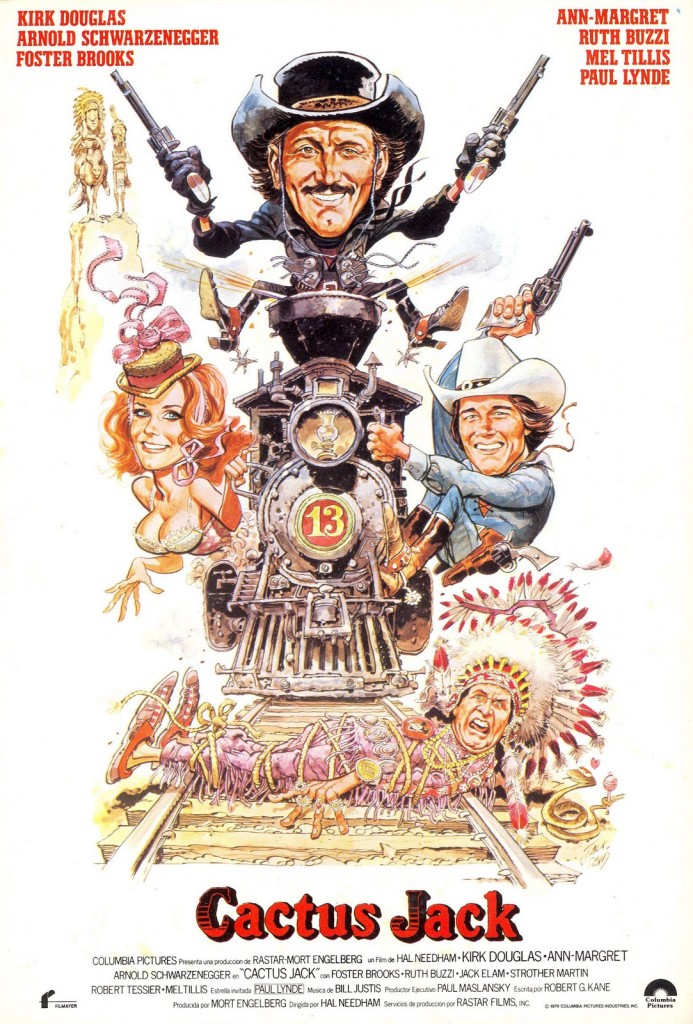 After the film sets that up, it’s pretty much non-stop cartoon antics. There’s barely any dialogue or plot, it’s mostly just a lot of Kirk Douglas setting up traps and Arnold and Ann-Margret escaping without much of any effort. You might think this would get old, and admittedly it kind of does in spots, but overall I had a great time watching The Villain. Douglas even wears a gigantic coyote skin at one point for anyone that didn’t catch the hint when he fell from a hundred-foot cliff into two feet of water and walked away without a scratch. I don’t know that I’ve ever seen Kirk Douglas attempt comedy before, but he handles himself exceptionally well here. He looks like he’s completely on-board and having a wagon load of fun with the role, so that goes a long way to getting the audience on the film’s side.

The Villain also looks superb, much better than it has any right to look as a dumb comedy. The cinematography is just gorgeous, with deep, vibrant colors popping off the screen. The film was partially shot in the classic Monument Valley of Utah, and no matter how many times I see those incredible mountains and vistas, I will always be impressed by them. They are truly majestic and they look fantastic here (as always). The rest of the film was shot in Arizona, which is decidedly less picturesque, but it still looks damn good (as long as you like the desert).

Which brings me to Arnold, the reason I watched this movie in the first place. He’s honestly not given a lot to do except look hilarious in a powder blue cowboy get-up, but he’s Arnold, and I’m just about as big a fan as they come, so I loved every moment he was on-screen. One moment did shine far brighter than any other, though: Arnold’s explanation of why he owed Ann-Margret’s father a favor. I could try to relate the story to you, but it’s just not the same in the written word, so here: listen to it!

Maybe it’s just me, but I could listen to Arnold tell stories like that all day long. I really need to get ahold of that self-narrated autobiography of his. 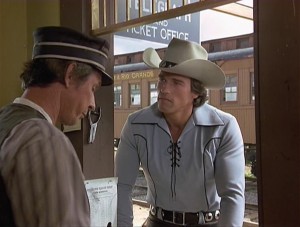 But for all the jokes that are hilarious, probably just as many elicit mere chuckles or just fall flat. If I had seen this when I was about eight, that ratio would be far more skewed towards the hilarious, though, so I think it’s somewhat unfair to call this movie a failure as a comedy when I’m not the age of the film’s intended audience. That might sound like me giving the film extra credit when it doesn’t deserve it, but make no mistake, I truly enjoyed The Villain and would watch it again. It’s a very specific type of humor, though, more suited to kids, so you just have to know that going in.

The Villain was Hal Needham’s third movie (after Smokey and the Bandit and Hooper), and for all his cred as a fantastic stuntman and stunt coordinator, I expected more stunts. There’s a few really great ones sprinkled throughout (such as that gigantic high fall I mentioned before), but it still feels like it was missing a couple of real big stand-out stunts. Oh, what the hell am I saying? That might have been true up until about 90% of the way through the film, but then we get the honor of seeing Kirk Douglas strapped to the front of a moving locomotive. This is then bettered by what is easily one of the most over-the-top, WTF endings in film history. It’s incredible and hilarious, and I can’t spoil it because to know what it is would ruin its impact. Let’s just say that if you don’t laugh at this, you’re dead. Or perhaps I just like silly, stupid shit in my comedies. Either way, you’ll never forget it.

The Villain is but a footnote in Arnold’s lengthy and explosive career, but hardcore fans will enjoy seeing the awesome Austrian in a completely different role than anything he’s ever done before or since. And besides, when’s the last time you saw a live-action Road Runner cartoon?