This isn’t a traditional end-of-the-year list, it’s one that takes a look back at all the old stuff I watched for the first time this year. The only caveat was that in order to make this list, the film could not be a recent release. So anything that came out in the last couple of years or so was immediately disqualified because that’s more me being lazy about catching up with stuff than actually discovering anything. But never fear, I saw tons of great movies this year, and cutting this list back to 10 was absolutely excruciating. But here goes! 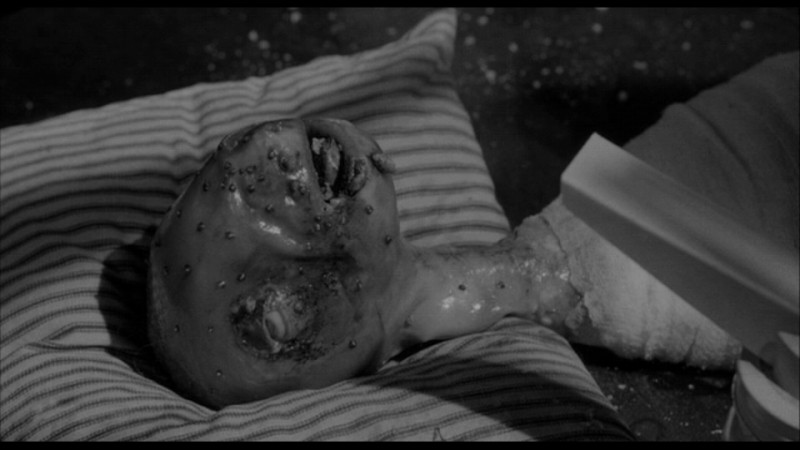 David Lynch is a director I’ve never been able to get into, so when I was tasked with reviewing his first film for The Lamb’s Review Tournament excitement was not my top emotion. But despite all signs pointing to me potentially hating it, Eraserhead came out swingin’ and compelled me to like it. It’s not a film for everyone, and it is rather hard to sit through at times, but the sheer power of the filmmaking talent on display and the raw, powerful images continue to stick with me to this day. The film has never been far from my mind since I watched it, and I imagine I’ll like it even more on a re-watch (not that I really plan to re-watch it!). Definitely check it out if you’re into surrealism, or if you want to see one of the strangest tales ever made about the horrors of parenthood. 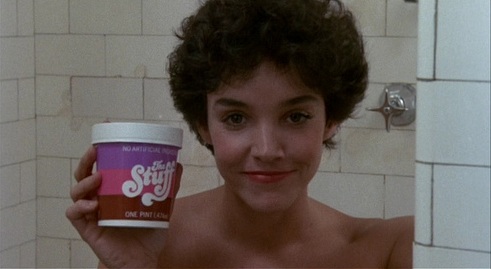 The Stuff is one of those ’80s horror movies I had heard so much about, but never got around to seeing until now. Not only does it hold up extremely well, I think I actually did myself a favor by waiting, as I don’t think I would’ve picked up on all the biting satire in my youth. But that’s the beauty of The Stuff, it works as both a satirical piece AND a horror comedy tribute to ’50s monster movies. I was introduced to the work of Larry Cohen a few years ago when I saw Maniac Cop, and now The Stuff reminds me that I need to delve a little deeper still. 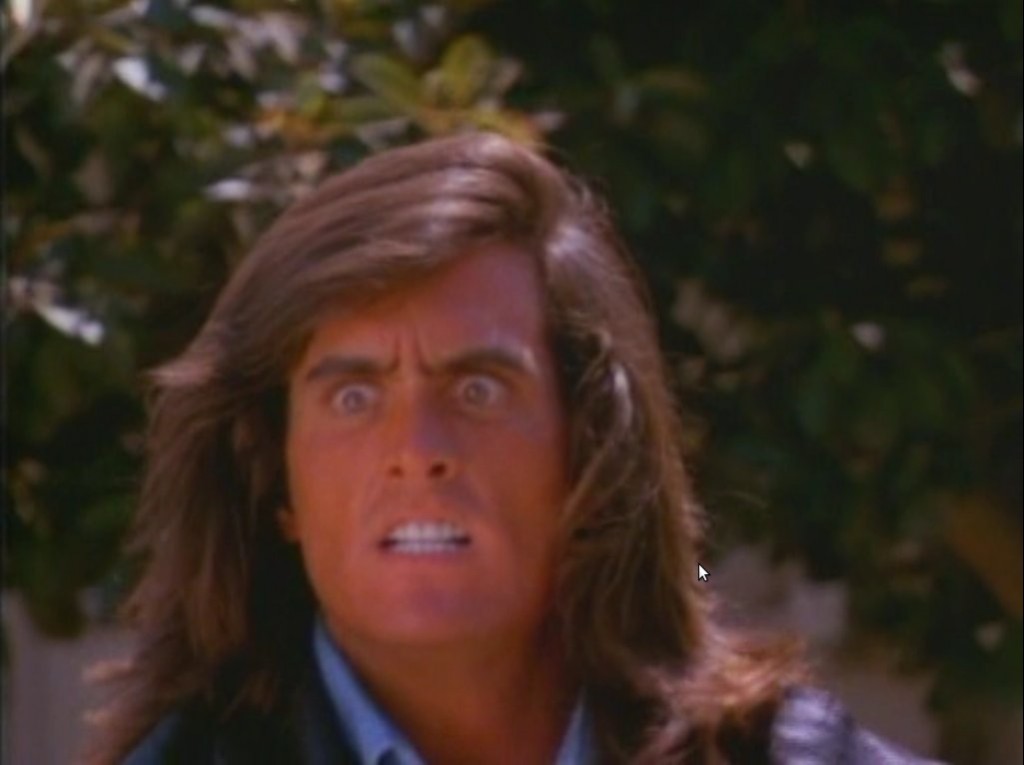 This is the movie I thought for sure would be at or near the top of the list after I reviewed it. It took me by complete surprise, even though I had heard stories of its incredibly awful & enjoyable nature. The movie itself is made so poorly that you can’t really do anything but love it, but woven within the horrible filmmaking are strokes of pure brilliance that only a mad genius could’ve brought together. Samurai Cop defies the odds and manages to be one of the most entertaining bad movies I’ve ever seen. It’s a doozy, and if you like this kind of stuff, you need it in your life. 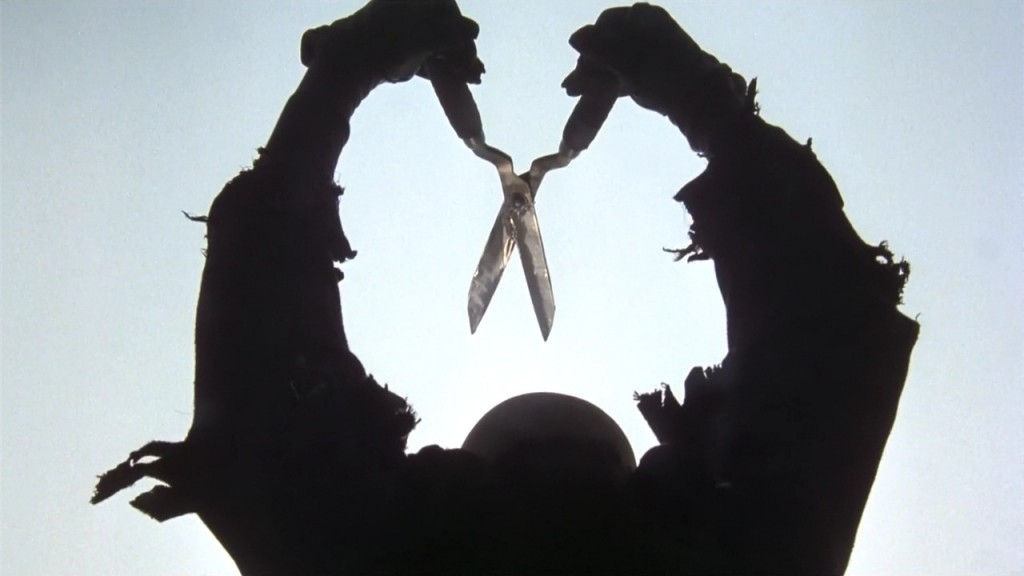 This October was filled to the brim with all kinds of great films, but The Burning is easily one of the most fun experiences I’ve had watching a movie all year. From the slow, tense build-up to the incredibly gory and realistic raft sequence, The Burning is an absolute must-see ’80s horror film. Tom Savini delivers some of his best FX of his entire career, and the story, while somewhat clichéd, is pretty fun to boot. 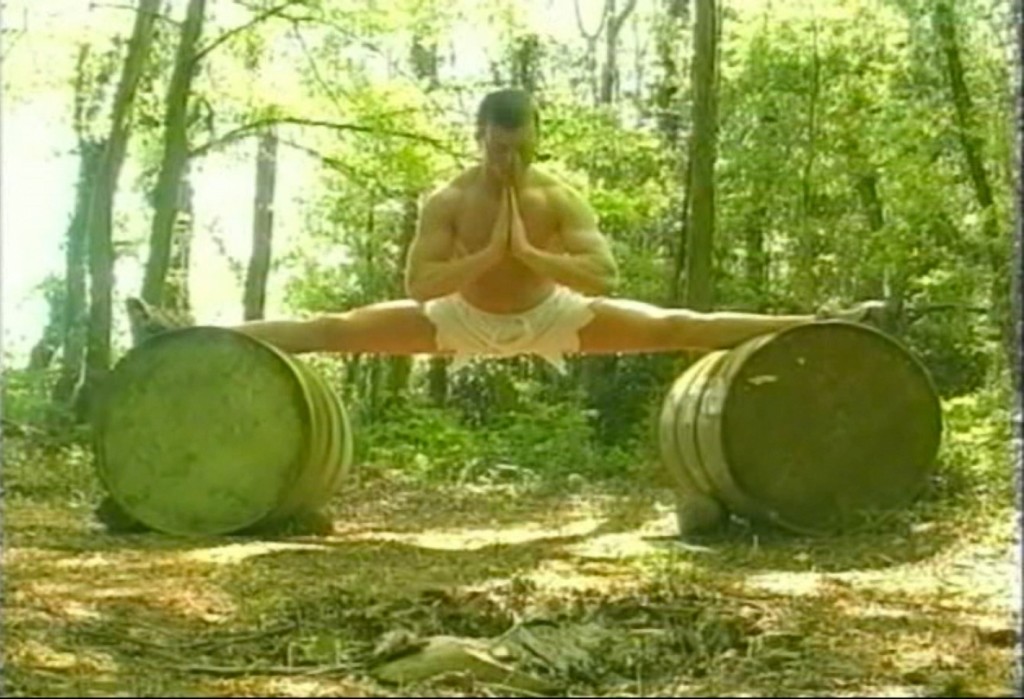 Fatal Deviation is a perfect example of a bad movie that transcends its production budget by sheer force of will. It’s an incredibly entertaining and enjoyable low-budget action film, and the whole do-it-yourself vibe is too fun to not enjoy (although you might need some amateur filmmaking experiences under your belt to truly get a kick out of this facet of the film). The film and its star are also especially in love with JCVD, and much of the film borrows elements from some of his best work. If you liked the Kumite in Bloodsport, then just wait until you see the Irish Kumite in a torchlit ruin. Great stuff.

Vengeance!, on the other hand, is a much more traditional martial arts film. It’s highly influential as the first martial arts film to be set during the Republic era, which would later become a genre staple and set the stage for Bruce Lee and others. The violence is brutal and hard-hitting, eschewing the fantastical swordplay and graceful movements that previously defined the genre for short-bladed knives and close-quarters fights in public restrooms. If you care anything about martial arts films, you owe it to yourself to track down Vengeance!.

Hahaha… no, really. If you told me a fucking Paul W.S. Anderson movie would be near the top of my favorite movies of the year list, I would’ve laughed in your face. But AVP proved to me that not only is he a talented and fun filmmaker, it showed me the error of my ways in avoiding seeing this for so long. Easily one of the most consistently fun and enjoyable movies I’ve seen all year, AVP was a fucking blast. Seriously, I loved this movie. It’s everything you could want in a franchise mash-up created to wring dollars out of dead-but-popular franchises.

What is there to say about Brothers Five other than, “Just see it.” It’s an incredible martial arts film with exceptionally great choreography, and I can say that without the usual “for this era of the Shaw Brothers” caveat. The fights push the boundaries to the bleeding edge, crafting one of the most exciting final battles I’ve seen in some time. It has some issues that hamper it from being completely awesome, but the power of the fights is enough to make it one of the best Shaw Brothers films I’ve seen so far during my chronological series.

Alluda Mazaaka…! is one of the most unusual and exciting films I’ve seen in any year, let alone 2012. A film that packs in a little bit of everything into its three-hour runtime, it manages to contain one of the most incredible action sequences you’ll ever see AND a plethora of wacky song and dance numbers that are nearly as enjoyable. It’s not a film for everyone, but if you’re the somebody that will enjoy something like this, you’ll love it. If nothing else, watch the opening action sequence on YouTube and wonder why American action films can’t be this fun. 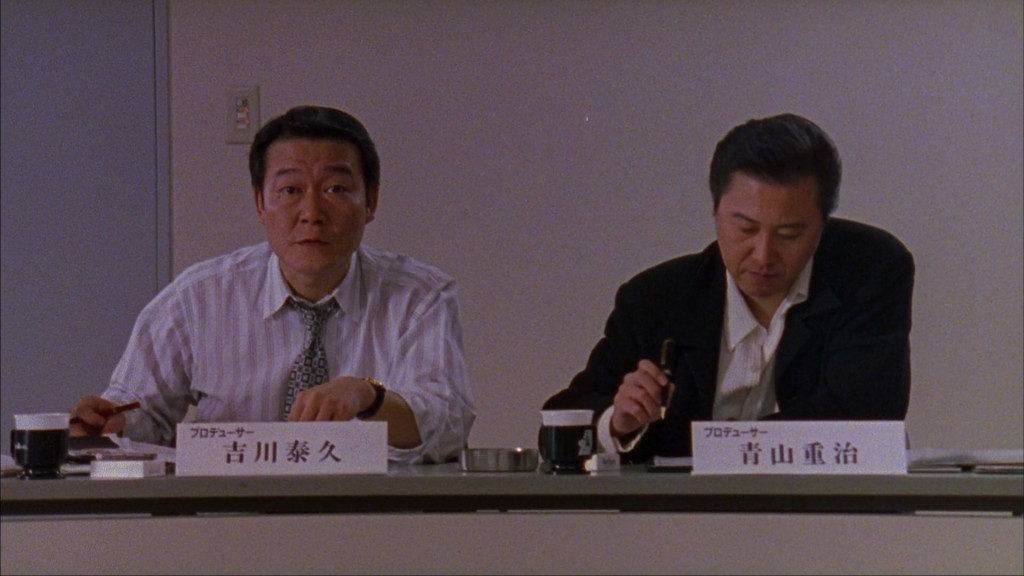 But while Alluda Mazaaka…! was my favorite pure entertainment movie, Takashi Miike’s Audition was hands down the best older film I saw last year. Its subtle, tense build toward an absolutely nuts finale is something to behold. And then, during the final moments, there was something that made me rethink a couple of key things about the film, demanding further examination and careful thought about what I had just seen. It’s a skillfully crafted film, and one that furthers what the horror genre can be. It’s one of the best films of the ’90s, without a single doubt, and if you value psychological horror films at all then you have to watch Audition. I know I’m WAY behind the curve on finally seeing this one, and I feel bad for ever doubting that it was as incredible as everyone made it out to be. I don’t want to overhype it, but there are definitely much, much worse ways to spend a couple of hours.

So there you have it! These lists are fun to make, although they’re always a lot more work than I remember them being! Looking forward to 2013, I imagine it’ll be even harder to whittle the list down, as I have the Blind Spot list of films I’ll be reviewing, in addition to all the early ’70s Shaw Brothers films that are bound to impress. Not to mention the random movies I’m sure to run into… I can’t wait to make another list! And if anyone is interested in the films that got shorn off the short list, feel free to ask and I’ll list them in the comments. Thanks!