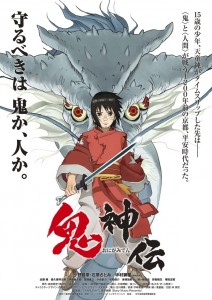 3 thoughts on “Stephen reviews: Legend of the Millennium Dragon (2011)”