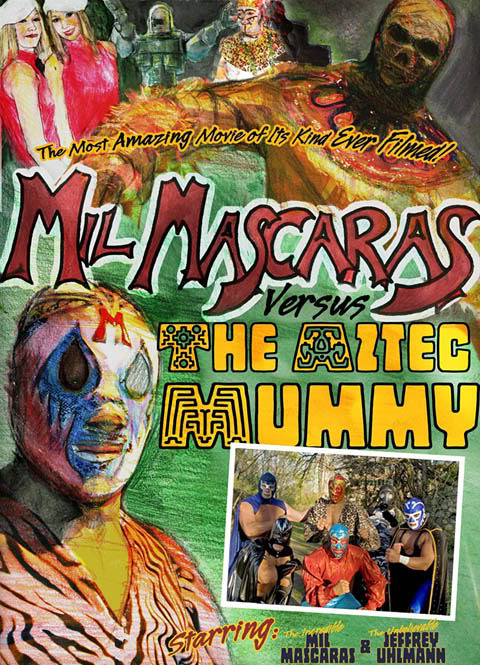 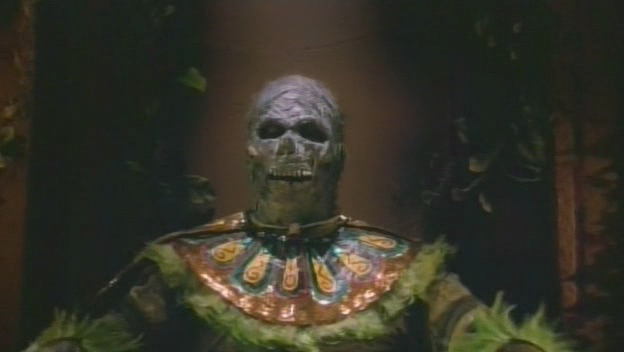 There are not many ways one could make a legitimate lucha film in today’s day and age. There is obviously a very thin line you must walk in order to be true to the wacky spirit and shameless kitsch of the old films without slipping into ribbing parody or looking like a misplaced time-capsule. Burr and Gubera have taken a very intelligent approach by not asking too many questions and knowing exactly who their target audience is. This film strives for authenticity without looking dated, making every assumption that a Mexican lucha film in 1967 would. Instead of standing every genre convention on its head, they decide to let every genre convention stand. Period. I would never want some poor soul to sit through this as their introduction to lucha cinema. No. This film was made for the seasoned lucha viewer who knows that the field of science is only a stones throw from the field of wrestling and that the president knows every masked pugilist of the ring on a first name basis. 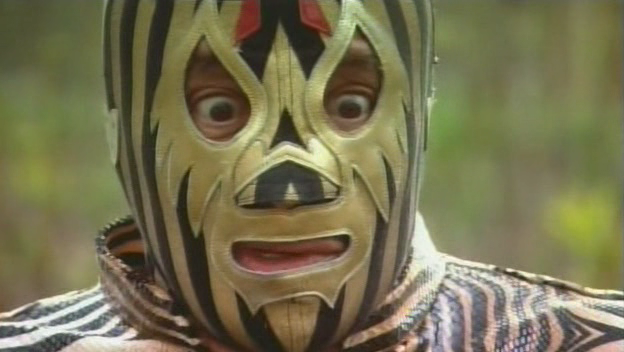 Yes. This is a real lucha film. When a local blood bank is robbed the police instantly suspect vampires. When Mil Máscaras needs to consult the mind of a professor, he doesn’t use a cell phone. He uses a classic communicator device, complete with blinking LEDs and flat screen. Nobody has to explain Mil Máscaras’ reputation here. Presidents, war generals, and law enforcement instantly snap straight in his presence. No lucha stone is left unturned. Every genre trademark makes an appearance. Even scenes from specific films are referenced in a natural, non-intruding manner. You have midgets, monsters, scientists, convertibles, supernatural curses, and vampire women. Even Mil Máscaras’ private jet makes a return appearance here! Fan service and gushing adoration don’t come much better than this. When Mil’s opponent in the ring is knocked out by a supernatural Aztec minion and has his outfit and mask stolen before the fight, it almost brought tears of joy to my eyes. 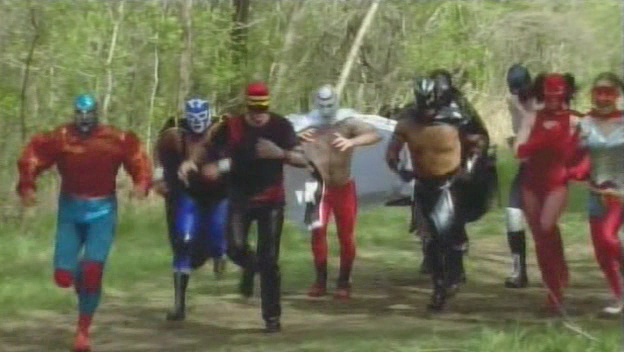 Mil Máscaras must be pushing 60 now, but the motherfucker still looks PUMPED. More importantly, with Santo passing onto that wrestling ring in the sky, Mil Máscaras has taken over the mantle of masked Renaissance man admirably. Every attempt has been made to push the luchador superman mythos to its limits here. This aspect has always been a cultural stumbling block for Americans unfamiliar with the true, honest to goodness admiration held for these heroes of the ring. There is simply nothing that these guys are incapable of. Take this delicious exchange of dialogue between Mil Máscaras and the professor for example:

MM: I’ve been splitting most of my time in between writing music and my research on observer-centric physics.

Prof: Yes, I’ve read your most recent paper… you know, the university would jump on the chance to have you on the faculty. 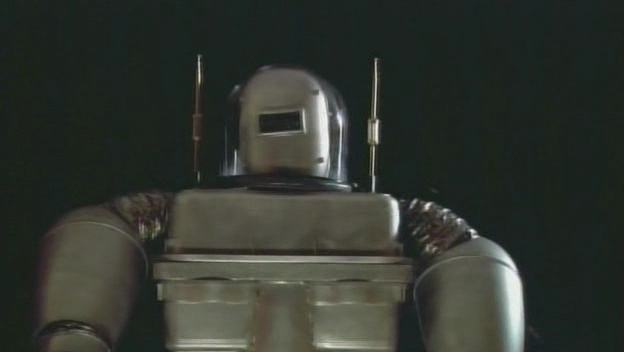 Hearing these words spoken in English as opposed to a translated subtitle really brought it home for me, and gave me a renewed appreciation for these multi-faceted heroes that are so much more than just “Mexican wrestlers”.  It’s rare when an homage film actually enhances your appreciation of the films it was inspired by, but that’s the case here. English dialogue and U.S. production seemed to work against it initially, but in the end it gave me an opportunity to experience the lucha world directly instead of through a filtered translation.

I haven’t even made it to the plot, and I don’t think that’s even necessary this time around, suffice to say that Mil Máscaras fights an Aztec mummy. This is no mere national threat though, the stakes have been raised to a global scale, and now it’s Mexico’s turn (finally!) to save the world’s collective ass. Special FX are great at times, but intentionally kitschy more often than not. Production values as a whole are abysmal. Seriously folks, this looks like some shit you would find on UPN in the 2am time slot, right after the Magic Bullet infomercial. Acting is atrocious and dialogue is beyond shitty… and I wouldn’t have it any other way. All of this stuff just lends to the experience. I bet the Spanish language acting in those old films wasn’t the best either, but you have the benefit of a language barrier covering all of that shit up. 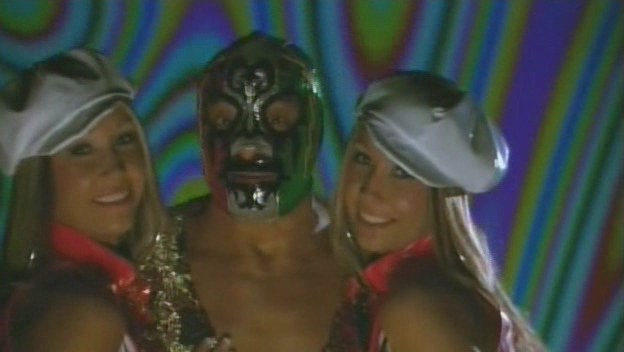 Man, I didn’t even get to the Son of Santo and Blue Demon Jr. cameo appearances here. There is just so much great stuff going on in this film for those willing to explore beneath its cheesy façade. Lucha fans will shit their pants in ecstasy over this lovingly crafted homage, beautiful in its inadequacies, courageous in its faithfulness, and completely apathetic towards potential detractors… Fuck it. This one’s for the fans.