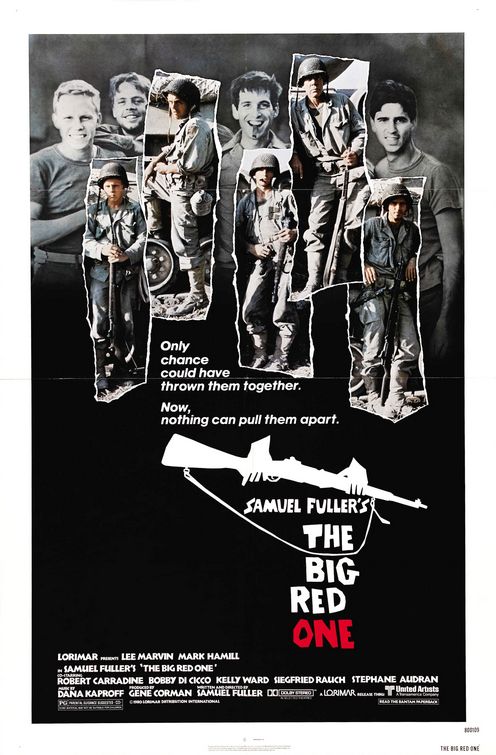 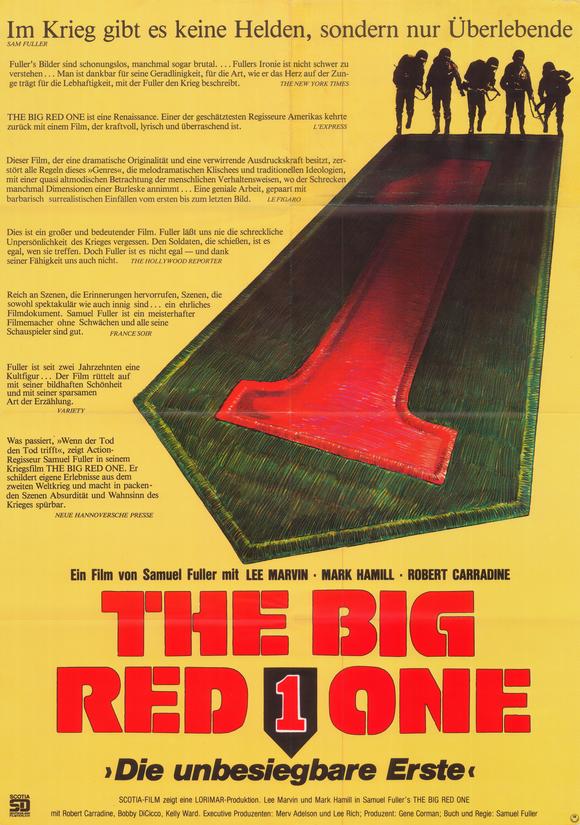 My fears were for naught as The Big Red One not only stands up against the Ryan juggernaut, but defends itself and comes out with its honor, and the two films together are probably the best World War II combat cinema has to offer. Using the Normandy scenes as a barometer, clearly Saving Private Ryan is the more intense scene, but in The Big Red One the fight takes on a much more tense, personal tone. As the men try valiantly to run to the barbed wire with the Bangalore tubing, the Sarge (Lee Marvin) calls out their number as the previous man falls. Each one gets a little farther, and each death is harder to watch that the one before it. Fuller counterpoints this with periodic cuts back to a dead man’s wristwatch that continues to tick away the time as the waters of the sea grow red with the blood of the fallen. The acting throughout the film is superbly done, with Lee Marvin in one of his best roles. I’ve always been a big fan of his and his work here doesn’t disappoint. He plays the Sarge to understated perfection and carries most of the movie on his shoulders. The other main soldiers, played by Mark Hamill, Robert Carradine, Bobby Di Cicco & Kelly Ward, are no slouches though and contribute to the film excellently. Mark Hamill proves here that he can do more than be a Jedi and Robert Carradine chomps his Sam Fuller cigar with the best of them. 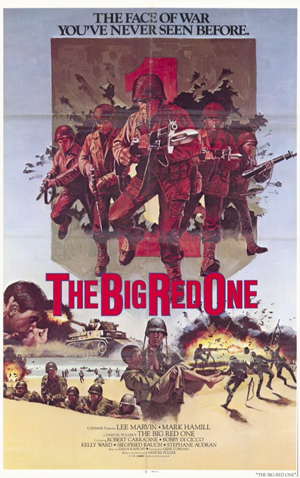 The Big Red One wasn’t always this great though. Upon its initial release, the bastard studio heads thought they would tamper with Fuller’s film at the eleventh hour, removing tons of scenes and releasing the film at 113 minutes. Fuller’s final cut was 4 1/2 hours, so obviously considerable cuts were made. It wasn’t until over twenty years later that a restoration team, armed with boxes of footage and a shooting script, set out to reconstruct Fuller’s vision. No workprint existed of the true version, so the restored version is more of an approximation of what it might have been. Any reservations about the restoration work are immediately put to rest upon watching the film though, as the added scenes do nothing but make this an infinitely superior film to the original theatrical edition. I vaguely remember watching that version several years ago and being mildly impressed. It was good in spots, but it lacked something. It was too disjointed. The restoration fixes these problems and leaves us with a fantastic picture. This is the stuff film lover’s dreams are made of and instantly made me think of what might be if a box of Welles’ The Magnificent Ambersons was discovered in some dark closet on the other side of the world.

The major theme of the picture is the difference between murdering and killing. The Sarge tells his squad that they don’t murder the enemy, they kill. Murder is reserved for kills outside of wartime. This weighs heavy on the Sarge’s heart as in the opening prologue, he mistakenly kills a man after the war has been over for four hours. Thinking the man was trying to trick him, he knifes him quick and it is only when he reconnects with another soldier does he realize his misdeed. The whole scene plays out underneath a large wooden crucifix, the eyes of Jesus crawling with ants and flies. The Sarge is a murderer. He may be able to continue his life and his infantry career, but he cannot hide his deeds from the watchful eyes of the Lord. 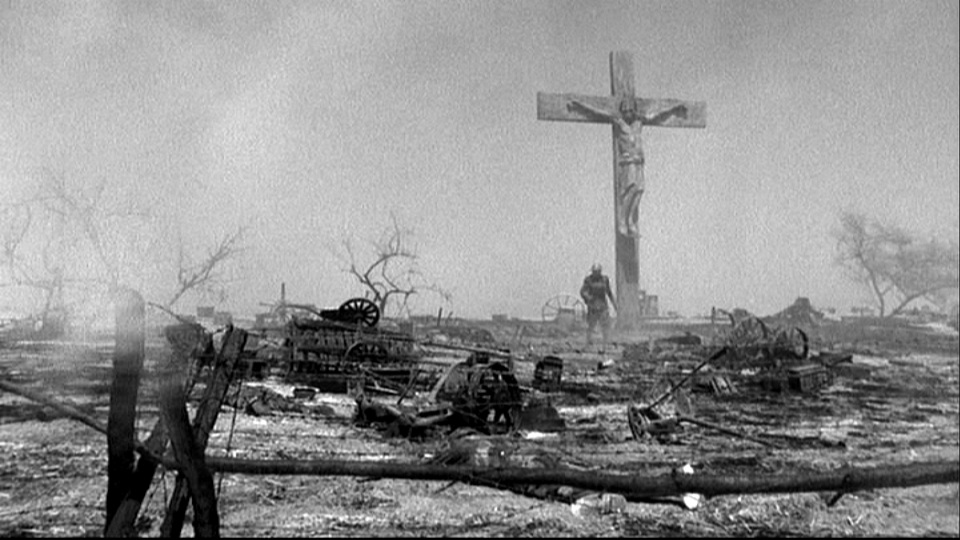 In terms of the battle scenes, they are exciting as well as frustrating. Lots of times they are shot in close-up to the actors, with a smattering of medium shots for explosions or establishing. I’m sure this was due to the limited budget and number of extras, which I can understand, but it does still annoy every once in a while. Who’s to say what Fuller would have done with a bigger budget? Regardless of this flaw, the battle scenes are still incredibly well done. The explosions hit loud and hard. When a tank fires, you feel the impact like a punch to the face. These battle scenes are the epitome of Fuller’s style as a person, a journalist and as a filmmaker and despite any problems with overusing close-ups, they absolutely succeed. 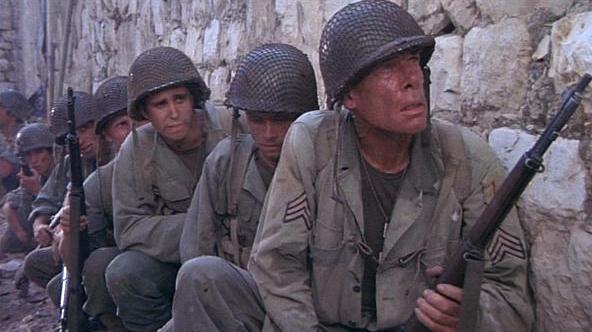 The difference between this and most war pictures though is that, as in many of his films, Fuller never seeks to glorify the violence in The Big Red One. Instead he shines a light on it, reminding the audience just how brutal and hard-hitting it is. In a way, the experiences he had as an infantry soldier fighting with the Big Red One can be seen as an origin of sorts for him. These are the moments that defined the rest of Fuller’s life and it’s no surprise that after witnessing such atrocities he was fascinated with the moral, unflinching side of human violence. As someone who grew up watching all kinds of violent films and playing equally violent video games, I will admit that I am somewhat desensitized to film violence. Without the use of copious buckets of blood, Fuller succeeds in making me cringe and wince at the frankness of his violence, especially the use of blades throughout the film. These battles are representations of war at its filthiest and are not meant to be mistaken for fun, action scenes. 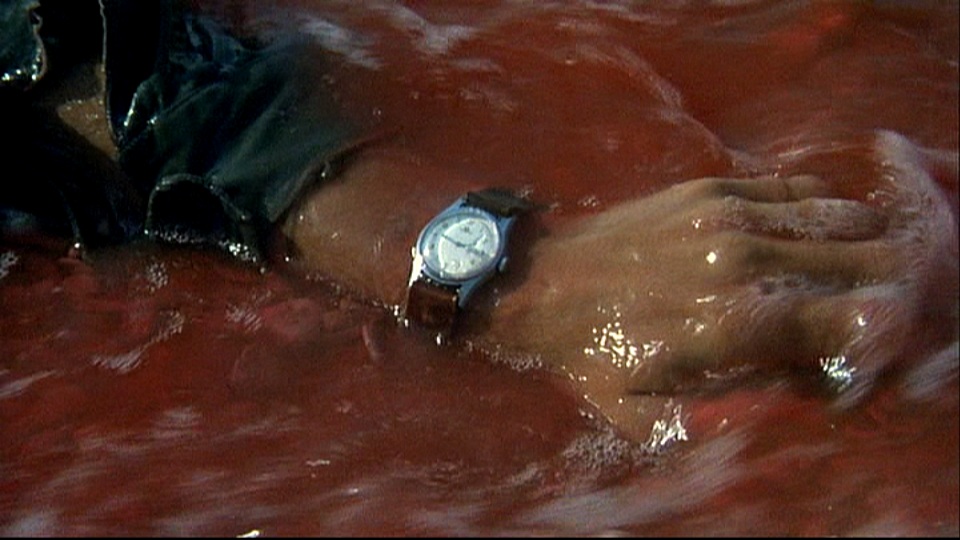 There is a clear air of no bullshit throughout the picture, and while this may cover similar themes to Saving Private Ryan and the Band of Brothers mini-series, The Big Red One feels much more honest and true to the spirit of soldier life. The random nature of some of the occurrences and the fact that Fuller actually fought in North Africa, in Normandy, and liberated the Falkenau concentration camp, lends such a power to his vision that it surpasses anything those other films could hope to obtain. It is this personal narrative, the act of finally telling his own story that makes this such a memorable film. Where the other films are glossy and overly sentimental at times, The Big Red One is frank, gritty and raw. I’ve never seen another war film like this one, and I probably never will. The Big Red One: The Reconstruction may not be exactly the film Sam Fuller wanted us to see, but it’s a far sight better than what was released to cinemas in 1980. Highly recommended.