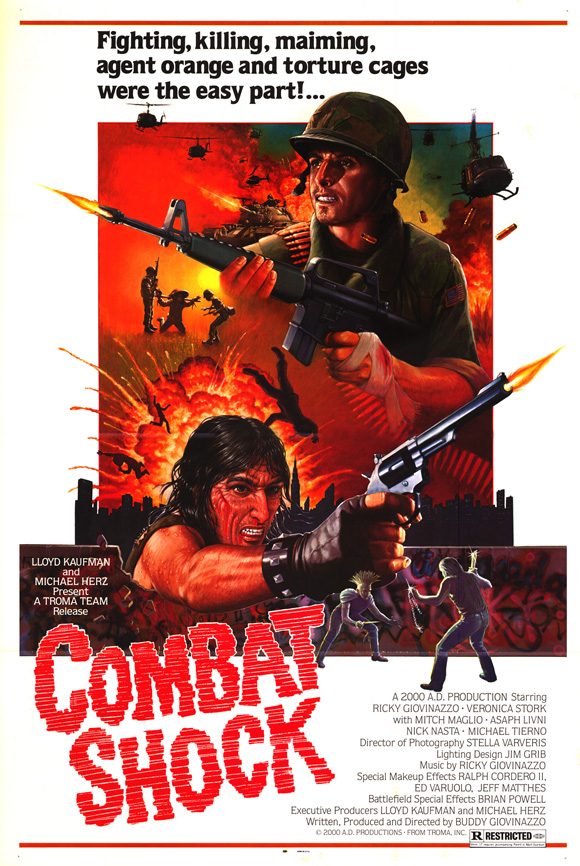 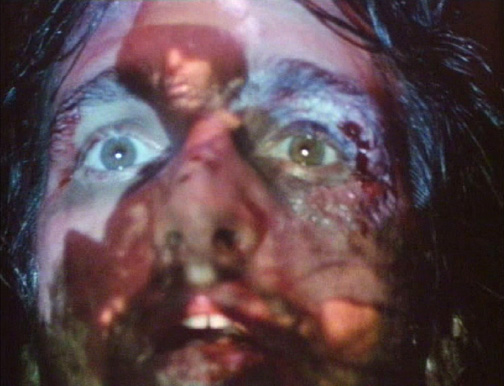 The film spends a day in the life of Frankie Dunlan, an ex-Vietnam vet who has obviously experienced some heavy shit back in the jungles of Saigon. The opening scene has Frankie, separated from his squad, scrambling away from the pursuing Vietcong. He comes across a beautiful Vietnamese woman in a jungle opening. Unsure if she is friend or foe he opens fire anyway and flees among the mutilated corpses of a village full of slaughtered VCs. Just then Frankie leaps out of bed and comes to, realizing that it was just another of an endless string of flashbacks.

This is how Frankie lives from day to day. His life in the war left such a permanent scar on his psyche that present life and his Vietnam days work their way seamlessly together into his daily routine. “I can’t tell when one nightmare ends and the other begins,” he says in voice over. As the film progresses, the line between his war memories and the present becomes more and more blurred, until at the end they become one and the same. This would be bad enough as it is, but the war also left Frankie with a pretty bleak existence. He dresses in dingy rags, lives in some half-condemned housing project with peeling paint, dirty water, and a broken toilet. He has exhausted all options in caring for his pregnant wife and his hideously deformed baby boy, who clings onto life as a result of Frankie’s prolonged exposure to Agent Orange in the war. He gets an eviction notice, fends off threats by the local landshark, can’t get a job, can’t buy food, and is constantly hassled by his bitchy wife who seems to have no clue about the horrible demons that haunt her husband on a daily basis. 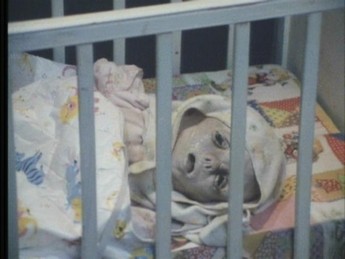 Clearly Frankie is a man living in his own private hell. When you see him walk out of his apartment and comb the dilapidated streets of New York in an attempt to come up with a few meager dollars to support his family for another day, you know he doesn’t have much longer before he becomes completely unglued. The man is a ticking timebomb and everything out there on the streets only reinforces the ugliness of his life. His best friend is a heroin junkie who battles chronic bouts of vomiting while combing around freeway underpasses for used needles, desperate for another fix. After a failed visit to the unemployment office, Frankie befriends a young prostitute who is much younger than Jodie Foster ever was in Taxi Driver. Seriously, this little girl can’t be a day over 10 years old. When Frankie tries to talk some sense into her, the girl’s pimp threatens to beat his ass. He is doomed for failure. How can Frankie have any chance of solving his problems in the outside world when it is seemingly full of grade-A fuckups and human monsters?

Essentially (as if you couldn’t figure it out by now) the film is just one long, downward spiral… for everybody. This is simply the bleakest of worlds Giovinazzo has given us, and ironically the lack of budget only helps paint the film all the more gloomier. But despite it all this is obviously the work of a visionary. Never once amid the sensationalism do you feel that Giovinazzo feels anything but pure sincerity for his story and tragic characters. His location shooting in only the most derelict areas of Staten Island paints the image of an urban jungle, not too different from the one in Vietnam, only this time the dewy palms and humid foliage are replaced with rusty iron girders and cracked concrete. Camerawork and editing never betrays the characters. Whenever Frankie slips away into another episode, rapid edits, oblique angles, and invasive close-ups create an atmosphere of claustrophobia and confusion. 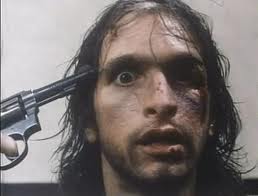 It’s easy to completely blow off Combat Shock as pure sensationalist bullshit. Sure, you could decry its visceral impact and completely dismiss it as over the top and self-indulgent, which would be a very valid argument. But I would have every right to call you an arrogant blowhard who wouldn’t know the work of a true talent if it dragged its sweaty nuts right across your face. This film is no more over the top than A Clockwork Orange, It’s a Wonderful Life, or Singin’ in the Rain. Sometimes in order to expose the deepest truths you need to bend the rules of reality a little. Combat Shock knows this and could care less about anything except its relentless pursuit for honesty.

Whatever your opinion, the film’s brutal, no-holds-barred ending will only solidify your admiration for Giovinazzo’s quest for truth or make you completely nauseous as you wonder what kind of sick bastard decides to put shit like this out there for public consumption. Where most films only hint at bleak endings, Combat Shock drags you by the hand and forces you to experience every last moment of its startling conclusion.