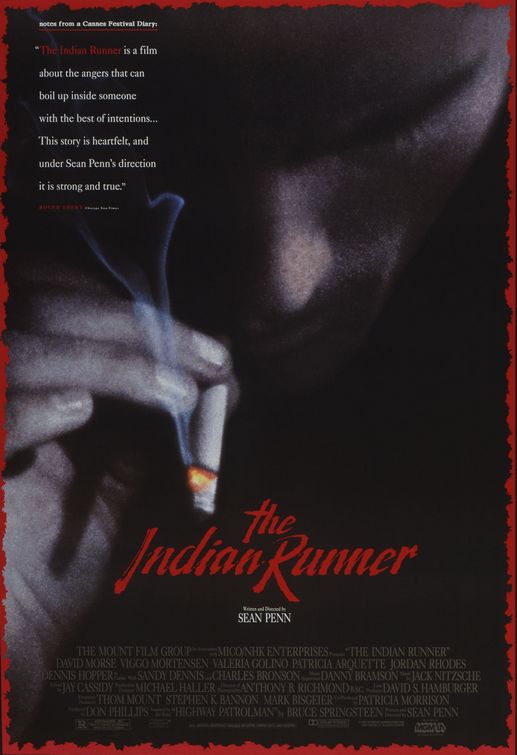 Expectations: High. I’ve really liked the other films of Penn’s that I’ve seen. How can you not be excited by that cast list too?

I don’t know the exact story of how Sean Penn came to be a director as well as a fantastic actor, but what it boils down to is this: the guy can make a movie. The Indian Runner is his first excursion into work behind the camera, and despite some minor flaws, it is a powerful and emotional film. Sean Penn heard the Bruce Springsteen song, Highway Patrolman (off the excellent acoustic album Nebraska), and was so moved by its story, that he wanted to write an entire film based upon it. The Indian Runner inexplicably does what it sets out to do and successfully translates the song into a film, expanding the narrative yet still remaining true to Springsteen’s two central characters, a pair of very different brothers.