What a lineup! Can’t wait to see those new scans, especially of The Boxer’s Omen! Like the first set, there’s 2 CDs of soundtrack music from the films, too. This is definitely a must-have release for Shaw Studio fans.

Miraculously, I was quoted in the book for the first Shawscope volume, but, as you can see above, my chances are slim this time as I’ve only reviewed two of the included films. Don’t let that stop you from pre-ordering this beast! I wholeheartedly recommend ordering from DiabolikDVD.com, but I’ve also included the Amazon link above for convenience. 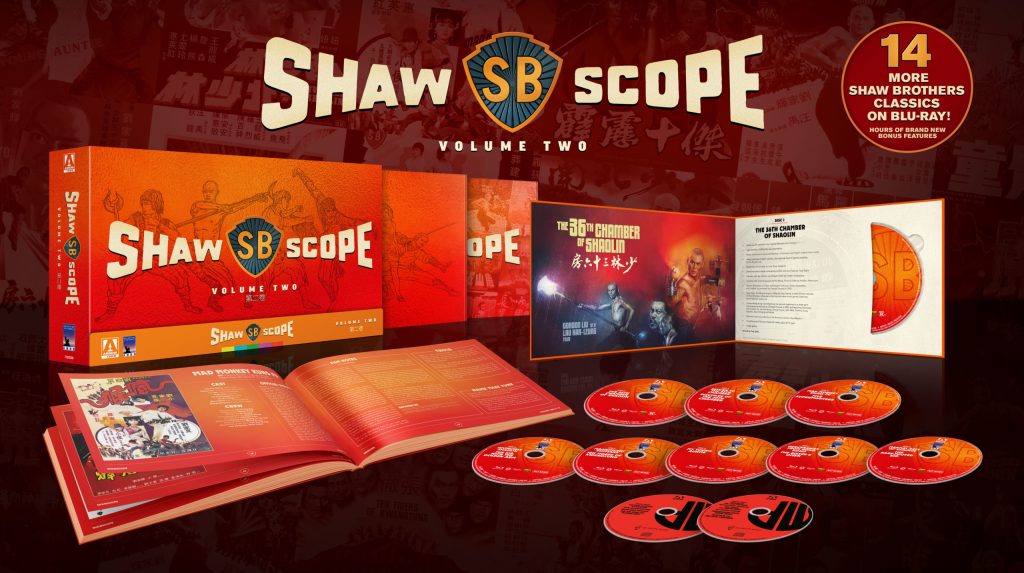