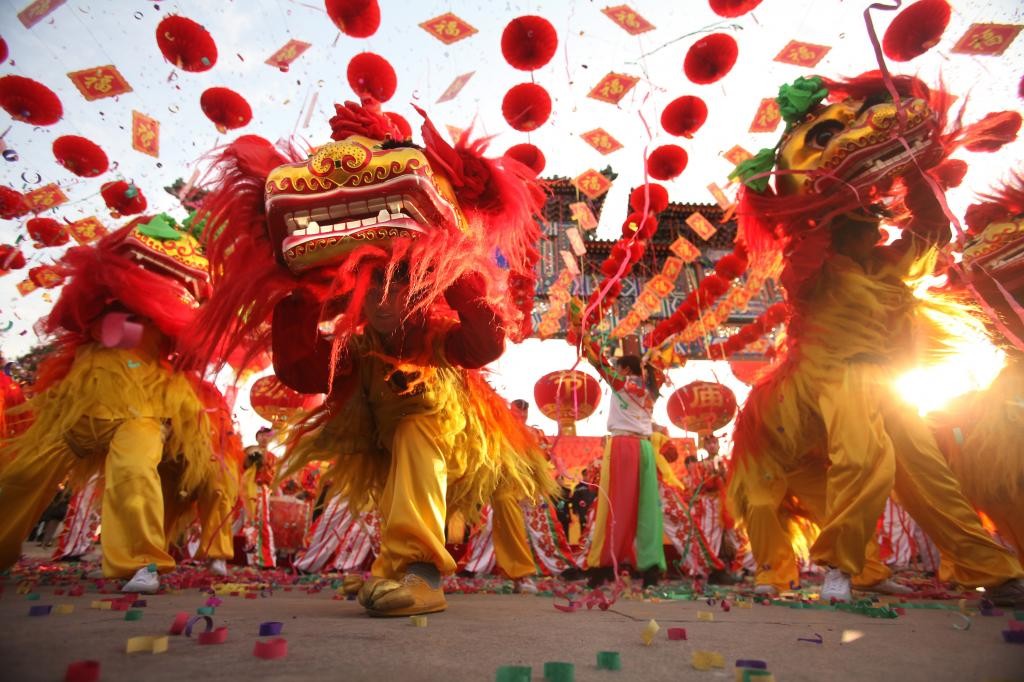 It’s Chinese New Year (also known as Lunar New Year) and Celestial Pictures, owners of the wonderful Shaw Brothers film library, have asked me to contribute something to their big celebration. Yesterday I published a list of my 10 favorite Shaw films, but there’s too many great Shaw films for me to just leave it at that. So I came up with this list, offering up another 10 great films! This one’s more for the seasoned Shaw fan than it is for the newcomer, but who am I to say that you have to start with the genre’s so-called favorites? Start wherever you like!

As with the previous list: Before you send me hate mail and “Why isn’t so-and-so movie on the list?” comments, I haven’t seen a lot of the Shaw Brothers films past 1972 (the year I’ve most recently finished in my chronological series), so that’s why this list steers toward the early years of their color martial arts output. But I imagine a good many fans are the opposite of me and haven’t seen a lot of the early films, so I hope this list is a help. In any case, I’m not trying to say these are the best or anything, just my favorites. With that in mind, here’s my Top 10 Under-the Radar Shaw films as it currently stands (and in no particular order), with links to where you can get ahold of them!

One of the best parts of doing my chronological Shaw Brothers series is discovering great directors I previously knew nothing about. Cheng Kang is at the top of that list, and Killers Five is the first of three films of his on this list. I’m a sucker for any kind of movie where a team is recruited for a dangerous mission, and Killers Five is an incredibly entertaining Shaw Brothers version of the tried-and-true formula.

Killers Five is currently only available on an out-of-print Region 3 DVD through Amazon or YesAsia.

Thanks to seeing God of Gamblers in my teenage years, I will always have a soft spot for Hong Kong gambling films. The Casino is one of the genre’s earliest entries, and its mix of melodrama and action is quite the juicy treat.

The Casino is currently only available on an out-of-print Region 3 DVD through Amazon or Yesasia.

Duel for Gold was director Chor Yuen’s first film for the Shaw Brothers, and what a gem it is. Already an established director at the time, Duel for Gold is a highly entertaining wuxia yarn put together with the confident skills of a director who knows exactly what he wants.

Duel for Gold is currently only available on an out-of-print Region 3 DVD through Yesasia.

Another wonderful film from director Cheng Kang, The Twelve Gold Medallions is a wuxia sure to entertain genre fans. There are lots of incredible wuxia feats in the Shaw films I’ve seen, but none that I remember better than Yueh Hua reaching his bare hand into boiling oil to serve up some fried breads. It may not sound like much here, but it’s a great scene that illustrates how effective simple camera tricks can be to making the audience believe a character is capable of these martial skills.

The Twelve Gold Medallions is currently only available on an out-of-print Region 3 DVD through Amazon or Yesasia.

The Black Enforcer is one of the Shaw Brothers films that was never given a remastered DVD release by Celestial, and it’s a cinematic crime. It’s probably my favorite film from Ho Meng-Hua (so far), and it’s an interesting blend of light wuxia elements, kung fu and character-driven storytelling.

The Black Enforcer is not officially available. Maybe one day Celestial will give it a DVD or digital release, but until then you’ll have to hunt it down.

Lady with a Sword may have a generic title, but it’s one of the more interesting Shaw films I’ve seen. It bears the unique distinction of having a female director, Kao Pao Shu, and this informs how the swordswomen of the film are handled. Instead of being gender-neutral and often mistaken for men, these women are more well-rounded and feel like actual women. Lily Ho is captivating in the lead role, as well.

Lady with a Sword is currently only available on an out-of-print VCD, although if you check these DVD listings on Amazon or Yesasia it may come back in stock at some point.

The Devil’s Mirror combines high-flying wuxia thrills with black magic, which in my book is a surefire recipe for entertainment. With great action, wirework well beyond its years, and cosmic rays of death, The Devil’s Mirror will quickly worm its way into your heart. This was also Sun Chung’s first film for the Shaw Brothers (and his second overall). I don’t know what else to say about this one — it’s just flat-out awesome and you should see it!

The Devil’s Mirror is currently only available on an out-of-print VCD, although the Region 3 DVD may become available again at Yesasia.

If we’re talking ’60s Chang Cheh films, The One-Armed Swordsman films are most likely the first to come up. They’re great, and I love them, but I love The Invincible Fist even more! More so than other Shaw directors, Chang Cheh was always trying to push the genre forward, with each film moving in a slightly different direction than anything else at the time. The Invincible Fist perfectly marries the decadent fun of Return of the One-Armed Swordsman, and the well-written, dramatic style of earlier works such as The Assassin, into a film that entertains from start to finish. An underrated early masterpiece!

The Invincible Fist is currently only available on an out-of-print Region 3 DVD or VCD through Amazon.

I’m a huge fan of The Water Margin, and all the films related to it are worthwhile entertainment as well. Pursuit is my favorite of the related films I’ve seen. It’s also the third Cheng Kang film on this list, so I really can’t stress enough how impressive his films are. Pursuit is a wonderful, small-scale companion piece to the epic grandeur of The Water Margin, and it’s one of those rare martial arts films that transcends its genre to become a genuinely great film.

Pursuit is currently only available on an out-of-print Region 3 DVD or VCD through Amazon, or a Taiwanese Region 3 DVD on Yesasia.

I love and highly recommend all the films on this list, but if you’re only going to watch one definitely make it The Black Tavern. The film boasts incredible action choreography from Simon Chui Yee-Ang and Chui Chung-Hok (who also choreographed previous list entries The Devil’s Mirror and Duel for Gold!), a standout performance by Shaw great Ku Feng, and a unique structure that resembles a subverted version of King Hu’s Dragon Inn. The Black Tavern is an unsung classic that demands any good kung fu fan’s love!

The Black Tavern is currently not available! Boo! Check eBay, or from time to time check these listings for the VCD on Amazon or the Region 3 DVD at Yesasia, as it may come back in stock at some point. (Or if we’re lucky, Celestial will release The Black Tavern and the other films on this list digitally!)

So… what under-the-radar Shaw Brothers films are you fond of?