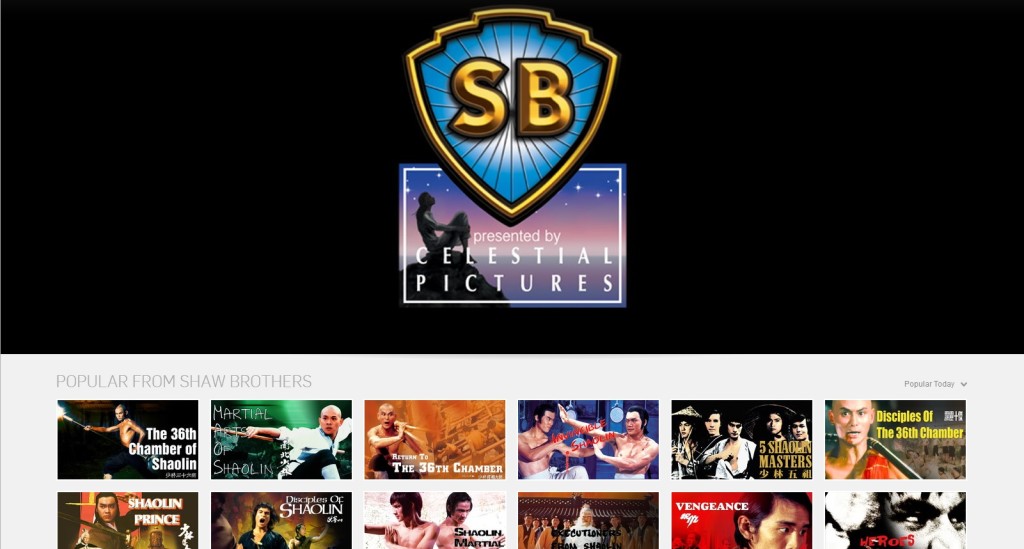 A couple of weeks ago I wrote about the Shaw Brothers offerings on iTunes, and now Celestial has expanded its digital footprint to include Hulu! There are a few differences between the films on the two platforms, though. For one, the films on Hulu are available to watch for free, supported by ads (like a good portion of other content on Hulu). On iTunes the films usually include both subtitled and dubbed versions, but on Hulu you don’t get a choice. Or if you do, I wasn’t able to find it! Anyway, every movie I started was dubbed. So if you don’t mind ads and you’re fond of the old dubs, Hulu has you covered! As with any additions that come to iTunes, I’ll do my best to post updates when new films are added.

If you’re an interested fan, you would probably also benefit from liking Celestial’s Shaw Brothers Facebook page so you don’t miss the new announcements! I’m not getting paid for this either, I’m just a big fan hoping to steer more people towards these wonderful films.

Currently up for viewing:
(Click the film title to see the film on Hulu!)

That’s a good lineup of Shaw Brothers! Get watchin’!

2 thoughts on “Shaw Brothers on Hulu!”