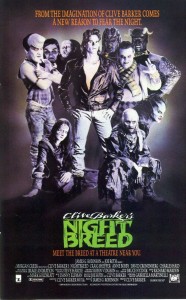 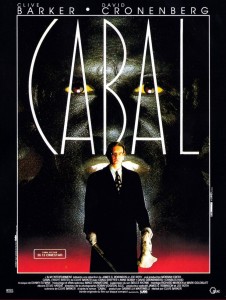 I’ll admit that it’s a strange story that does not follow traditional narrative or character structure. Attempting to judge Nightbreed against these tired tropes makes it clear why the film was a critical and commercial failure upon release. Even if the studio didn’t cut almost an hour from Barker’s cut of the movie, I can’t imagine mainstream moviegoers embracing a movie that features dark, villainous creatures of the night as the heroes of the tale. Even horror fans are likely to question the film, as it’s wholly unlike anything else out there. To enjoy Nightbreed requires a true love of dark storylines and unhinged, imaginative fantasy bold enough to tread new ground.

No matter where you side on the film’s storytelling, there are two aspects of the film that are undeniably great: the FX work and David Cronenberg’s performance as Decker. Having just read the book, I imagined the film would cut corners and limit the amount of monsters to keep the budget in line. To my surprise, Nightbreed is teeming with incredibly realized monsters of all kinds. From shape-shifting children to alien-like berserkers, Nightbreed is a wealth of grotesque, darkly stimulating creature designs, all brought to stunning life through the magic of makeup FX.

David Cronenberg’s role was perhaps one of the hardest to bring to the screen: a doctor with murderous tendencies brought on by a mask with buttons for eyes and a skewed zipper mouth. In the book the mask talks to Decker and eggs him on to kill, but in Nightbreed the mask is simply an object. While this changes the character slightly, through Cronenberg’s performance the mask becomes more than an object. The mask is a window into the character’s dark soul, representing his soul’s true face, while the fleshy mask of humanity is actually the manipulative ruse. Cronenberg embodies the menace of Decker flawlessly.

You may not agree with me, but I absolutely loved Nightbreed. The last half-hour is somewhat choppy in terms of storytelling (because there is A LOT going on), but everything up to that is a near-perfect, monster-filled thrill ride of dark delight. It’s not for everyone, but if you harbor a wonder for the things that go bump in the night, Nightbreed is a unique film that is just as much a love story and a fantasy as it is a horror film. I am thoroughly stoked for the late 2014 Blu-ray release of the Extended Edition from Scream Factory, restoring the film back to the film it was originally intended to be!