In 1993, director Sam Fuller published his final novel, Brainquake. But while the book was released in French and a few other languages, it was never released in English. Until now! Err — September! English speakers will finally be able to enjoy this “lost” novel from a true storytelling master, as this September Hard Case Crime and Titan Books will be publishing Brainquake in English for the first time ever! If that’s not enough to sell you, here’s the synopsis!

The bagmen who transport money for organized crime live by a set of rules: no personal relationships, no ties, no women…and never, ever look inside the bag you’re carrying. Paul Page was the perfect bagman, despite suffering from a rare brain disorder. But that ended the day he saw a beautiful Mob wife become a Mob widow. Now Paul is going to break every rule he’s lived by–even if it means he might be left holding the bag.

Still not enough? How ’bout the intro to the book, featured in A Third Face, Fuller’s memoir?

Sixty seconds before the baby shot its father, leaves fell lazily in Central Park. Sparrow-weight with bulging jugular, the balloon peddler’s face appeared coated in white ashes of cow dung used against flies, but the pallor was really from his anemia.

Sounds like a must-read book to me! Brainquake releases on September 9, 2014, and you can pre-order it now from Amazon (and presumably other major book retailers)! Below you’ll find the cover and a link to the Amazon pre-order page! Enjoy! 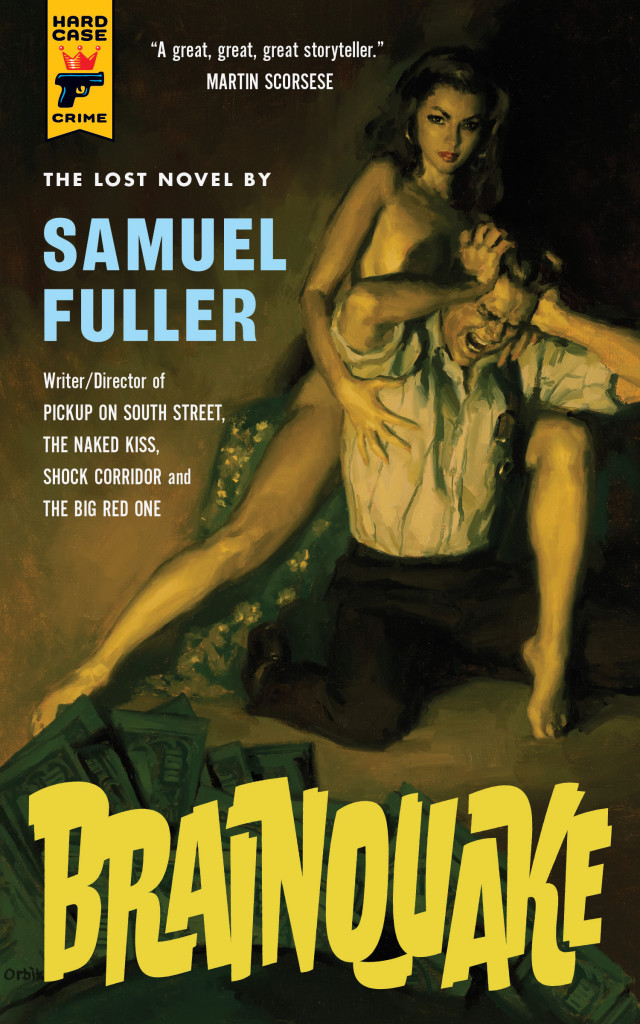