In the grand scheme of things, Bowery Boy is just a forgettable piece of entertainment that time forgot. It’s a well-made B-picture, and it is never once boring in its short 53-minute runtime, but it lacks that special quality which makes an older film attract new fans over the years. Bowery Boy is not unique in this situation; there are literally hundreds of films like this that fade away from our collective consciousness with each passing moment. So what caused me to dredge up this film that never even rated a VHS release? Sam Fuller.

Bowery Boy tells the story of Oklahoman Dr. Tom O’Hara (Dennis O’Keefe) who lands a job managing a public health clinic in the Bowery neighborhood of New York City. The people there are poor, and the streets are filled with shady individuals and a whole mess of young hoodlums. On his first day on the job, O’Hara is hit in the face with a hurled tomato and the kids completely strip his car of anything worth selling. When he should be angry at the injustice of the situation, O’Hara is the ultimate selfless doctor. He doesn’t care much for his pride or his possessions, as long as he is able to serve the members of the community. His confidence that he can win their respect through quality medicine is strong. But things really start to turn sour when a gangster asks O’Hara to approve delivery of rotten food products to the Bowery. O’Hara flatly refuses, but as we all know from watching films, gangsters have ways of getting what they want. 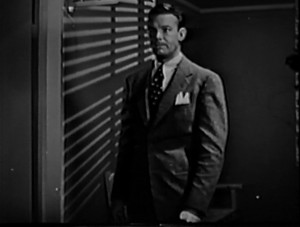 The original script and story for Bowery Boy was written by Sam Fuller, but the film bears little of his mark, if any. Fuller relates in A Third Face that his original story involved a New York newspaper man (of course it did!) who came down with a contagious disease and Dr. O’Hara was tasked with trying to contain the spread of contamination. There are minor shreds of this story in Bowery Boy, but the newspaper man is nowhere to be seen and there is never talk or threat of a widespread epidemic. Fuller’s original story sounds something like a 1940s, localized version of Soderbergh’s Contagion, which sounds like it would have been pretty awesome. Instead, the studio got a team of re-writers on the case and they turned this seemingly hard-lined, socially conscious medical drama into something of a lighthearted comedy/drama.

It’s easy to see where Fuller was frustrated with this turn of events, but I must admit that I enjoyed Bowery Boy for what it is. It is simple entertainment and it has a surprising amount of story beats for a film so short. The economy of storytelling is impressive, and sometimes simple entertainment fits the bill better than thick drama. That being said, if the film had been made as originally written, it may have resonated more and been more widely known (instead of not being known AT ALL). 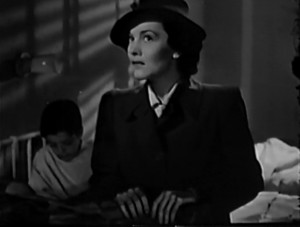 I don’t know anything about the medical climate of 1940, but apparently there was a lot of distrust around doctors and Bowery Boy attempts to remedy the issue. There are multiple characters who initially distrust Dr. O’Hara, and his nurse mentions how his predecessors in the position left on bad terms with the community. One of the doctors even went crazy! These were not men that inspired trust and loyalty, they only reinforced the negative stereotypes of doctors and modern medicine that some people have. Bowery Boy feels meant to show those who may have never had the means to receive modern care that doctors are not to be feared. Even if you don’t completely understand what the doctors are doing, you can trust that they do know what they’re doing and that they’re doing their best. As long as you have a good, upstanding doctor, of course (which has most likely been a constant throughout human history). 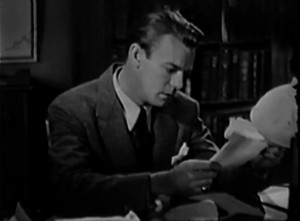 There is one plot line that isn’t as developed as it could have been: the love triangle. There’s hardly room for a love story amidst all the disease and gangsters, but they smash it in, mostly through body language and knowing glances. Like I said, they cram a lot into 53 minutes. Even when one of the girls is mad, words are never exchanged. According to IMDB, the film was originally 72 minutes long, so perhaps this edited version I saw left all that mushy talky-talk on the cutting room floor. Whatever the case, it felt forced here, but I also enjoyed how brief it was. There is an assumption on the part of the filmmakers that the audience has seen enough movies to fill in the blanks, so I enjoyed how it didn’t hold my hand. But it still felt forced. 🙂

Bowery Boy may not have been the film that Sam Fuller originally wrote it to be, but for this viewer 74 years later, it entertained well enough as is. Of course, I would have preferred that they made the Fuller version instead, but sometimes you just have to make lemonade.