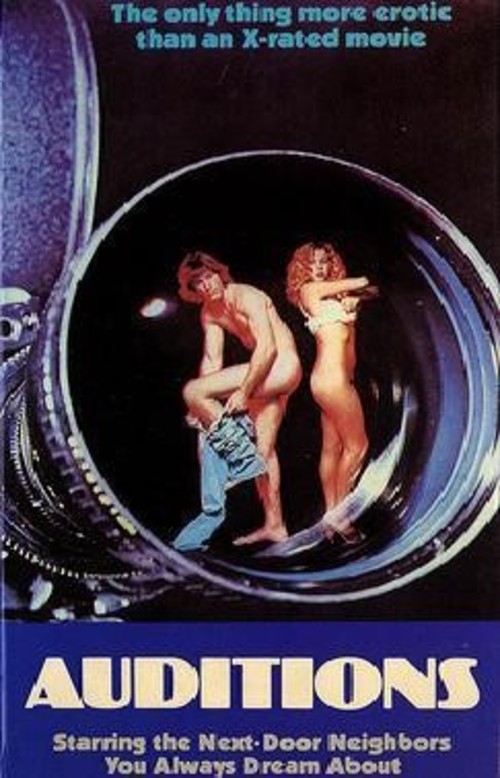 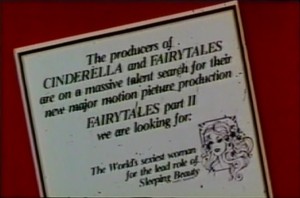 Auditions does not seek to inject story into these proceedings, it is completely documentary style with only the auditioners on-camera and the disembodied voice of the director coming from somewhere behind the walls. This puts many of the people off, but it doesn’t stop them from stripping off their clothes and doing most anything the guy asks them to do. There are those that flatly refuse, but most people have no issues. Surprisingly, the guys have more of an issue than the girls, with one man angrily asking why they need to see his cock while he drops his pants.

This particular man is one of the few participants that I can believe is a true auditioner. There’s just something about his questioning demeanor that makes his quick scene feel real. I don’t believe almost all the other people, though. Some of them are definitely acting and playing characters, and the filmmakers don’t do a lot to hide this. When Robert Staats (who played the doorman in Fairy Tales) repeatedly bursts into other people’s auditions and pitches his modeling agency, it’s clear he’s in on the joke. Even if you hadn’t seen Fairy Tales and you don’t recognize him, it’s clearly an act. There are a handful of other actors from Fairy Tales that also perform scripted scenes, as well as a number of genuine adult film performers who act like they’re fresh-faced newcomers. But this knowledge doesn’t really hurt the film, though, as even with their cover blown they are interesting to watch and act. I don’t care who you are, a porn star’s story about the spiritual experience of fucking on the rim of the Grand Canyon is damn funny. 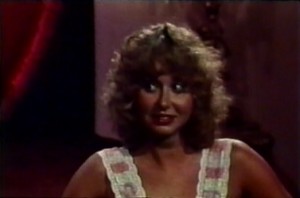 In this way, Auditions reminds me of the modern-day reality show. On the surface they project an air of reality, of documenting whatever their subject is, but careful viewers know that it’s pretty far from actual reality. Scenes are scripted and set-up, sometimes people are coached, and the presence of the camera will almost always have an influence on the behavior of those it captures. The goal there is the same as it is in Auditions: to provide an entertaining product. Auditions is entertaining (in a weird, morbid curiosity kind of way), so you can hardly blame Band for wanting to spice up whatever actual auditions they filmed. And besides, these types of concerns with documentaries have been brought up since their inception with the first feature-length doc, Nanook of the North, in 1921, so it’s hardly a new problem or one that Band should be chastised for.

As a film, Auditions is one that defies any sort of rating you could place on it. It simply is, and you either accept it for what it is or you don’t. Could it be better? Sure, but I think if it were any different, it wouldn’t be near as interesting as it is, and it is this undefinable quality that made me enjoy the film more than anything else. The built-in mystery of trying to figure out who was acting and who wasn’t (if there are indeed any actual auditions here) led to a sharp, investigative focus on my part. You won’t find many films that fit the description of “exploitative grindhouse film” better than Auditions, but, at least for me, there were more than simple prurient delights hidden within.

Next time on Full Moon Tuesday, I’ll be checking out a Moonbeam title called Aliens in the Wild, Wild West! The film has just been released to Full Moon’s Streaming site under the new title of Timeslingers! See ya then!