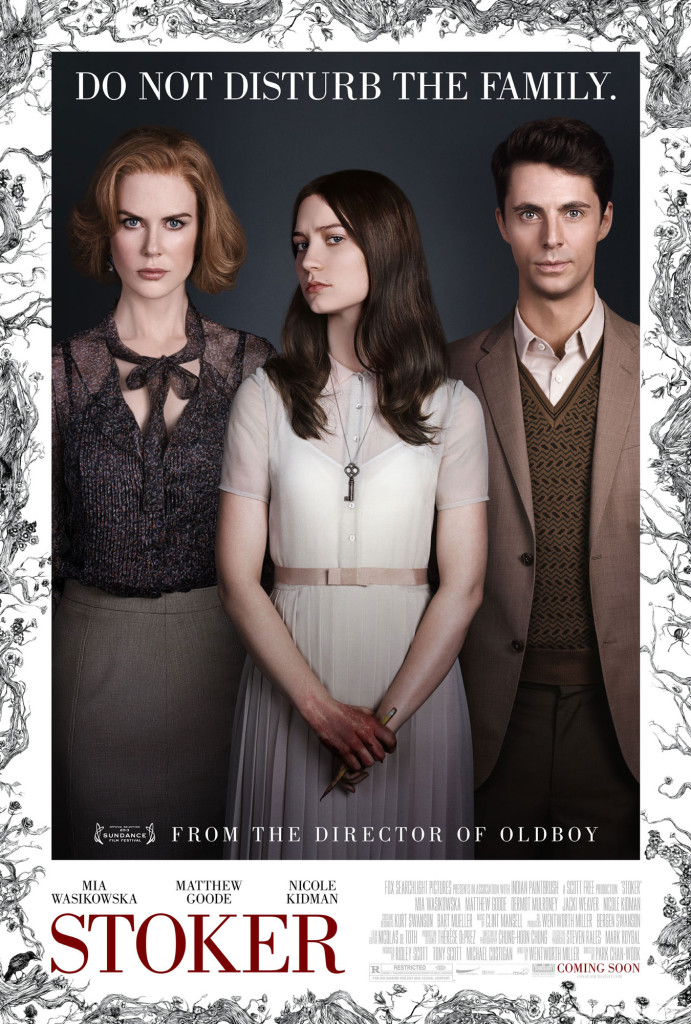 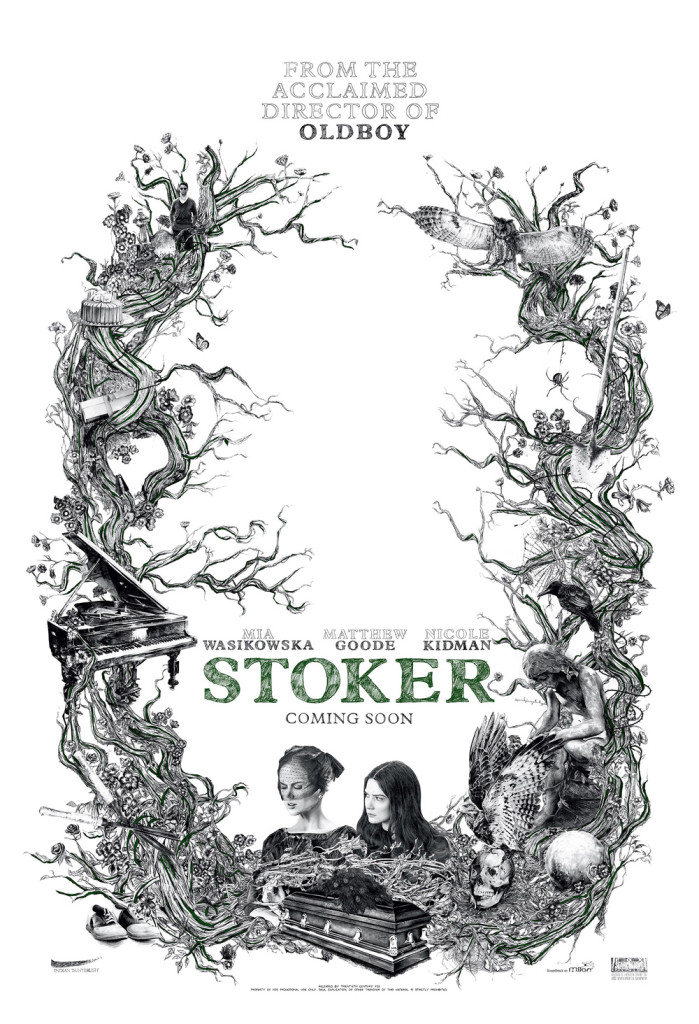 This is a straightforward description of the events, but it doesn’t do any favors to actually describe the film. These and other things happen during Stoker, but the plot points themselves are not the draw here. Especially after seeing Shadow of a Doubt, the thriller content of Stoker is far less engaging and satisfying. But that’s OK, because (at least for me) the main draw in Stoker is the style with which everything is designed and shot. There’s definitely something of a style over substance disconnect here, but the style ultimately defines the film and allows it to become much more than a simple homage or retelling of Shadow of a Doubt.

There is a surreal quality to the visuals in Stoker, be it defined, carefully controlled color palettes, or oversized chairs designed to make India appear small and childlike in certain scenes. This element is perhaps my favorite of the film’s stylistic traits, as it keeps you off-guard and guessing. There was honestly a point where I felt it could’ve jumped off into the supernatural deep-end, a testament to the off-kilter world of Stoker and how it doesn’t fully reveal itself until well into the film.

But as interesting as the visuals were — there’s a transitional shot of Nicole Kidman’s hair being brushed that is exquisite — the script and the mysteries it eventually reveals didn’t do a lot for me. There are many threads in play throughout the film, but where they lead feels much too juvenile and unearned. I’m unsure exactly what the point of it all is, and this hurts the overall film quite a bit. The more I think about it, the more I feel like it was a mistake to see Shadow of a Doubt first. The two films take a similar premise in entirely different directions, but while I was thoroughly engaged in the turns of the Hitchcock film, I was only under the spell of Stoker for the first two-thirds of the film. The last act, while interesting in its own way, was largely a disappointment to me, failing to deliver a climax or an ending that satisfied me. Having the brilliance of Shadow of a Doubt firmly present in my mind only made Stoker seem even less in comparison. By the film’s end, Stoker feels like Hitchcock by way of Tarantino, which is something I never expected or desired.

As an English language debut, Park Chan-Wook has created a great example of his visual talents with Stoker, but I wish the script were stronger so that the entire film was impressive instead of just the build-up. Even still, it’s worth watching for fans of thrillers and Shadow of a Doubt, if only for the eventual dissection that will occur after the credits roll.