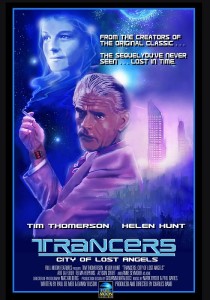 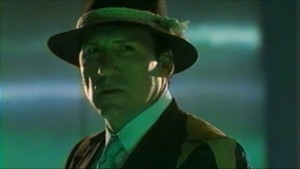 The film is only 24 minutes long, so it’s a little tough to talk about it without spoiling most of it. Suffice it to say that this is more Trancers, so any fan of the series will want to check it out. It’s interesting to see how this original crack at a sequel went, as this was made a couple of years after Trancers, but about four years before Trancers II. In a lot of ways, it’s just more of the same, but seeing as how I haven’t seen any Trancers content in a few years, it was a lot of fun to go back into this “Dry hair’s for squids” world.

Trancers: City of Lost Angels also has the benefit of having all the major actors reprising their roles. I’ve always enjoyed this specific cast and getting the chance to see these “lost” moments is really a treat. But I do think that a lot of the treat comes from the 25+ year wait involved with finally seeing these Pulsepounders segments. If it had been released as planned, I imagine Pulsepounders would be just another forgotten Empire International film, loved by the fans and unseen by everyone else. But I guess that’s about where it sits now, although without VHS copies in video stores and bargain bins and thrift stores for the last quarter century, there’s far less eyes on this then there would have been. But who knows… if it had been released would Band have made the rest of the Trancers series? The world would be a much less fun place without Trancers 4 & 5, so I’m glad it shook down the way it did. 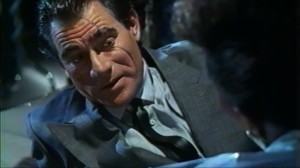 In any case, Trancers: City of Lost Angels is a treat for the fans, although this protracted, “once a year” release cycle for the Pulsepounders segments does build more hype than is necessary for these rather slight entries in the Empire catalog. But forget all that and just dive into this one looking for a quick diversion from your day. It’s got a lot going for it in terms of Trancers action, romance and sci-fi shenanigans that don’t make much sense. And really, that’s what Trancers was always all about.

Next time on Full Moon Tuesday, I’ll be checking out their latest film, Gingerdead Man vs. Evil Bong! See ya then!