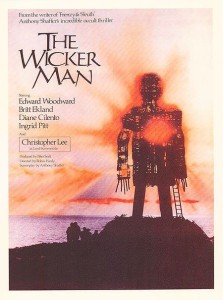 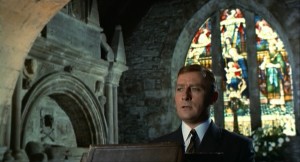 It would also be helpful if you enjoy musicals because The Wicker Man has musical numbers woven deeply into the fabric of the film. This is at first strange and completely unexpected, but the songs are essential to the film. This was made in the early ’70s so there is a healthy, folksy vibe to the songs, but even though this dates the film, it also enhance its creepy, haunting vibe more than almost any other aspect of the film. 40 years on, some of the songs have transcended their roots into being unintentionally funny, but even the laughs are colored by the film’s manipulative nature. I often wondered if the laughs only seemed unintentional, when in fact I was playing right into the film’s hand. 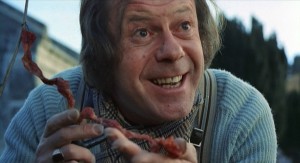 The Wicker Man is also exceptionally well-shot, drawing us into the small town life depicted in the film with ease. It is often beautiful, finding striking images to capture and sear into your brain with no hope of forgetting them. The Wicker Man is a veritable ocean of these images; it’s no surprise that the film has continued to grow its cult following as the years roll on.

So enough prattling on in vague terms, just go watch The Wicker Man. It’s a fantastic piece of ’70s cinema that holds up remarkably well, and horror fans looking for something with a different feel will find a lot to like. The Wicker Man definitely lives up to its tall reputation.