> Reviews by Author > Will's Reviews > The Typewriter, the Rifle and the Movie Camera (1996) 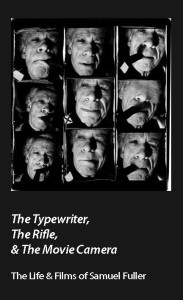 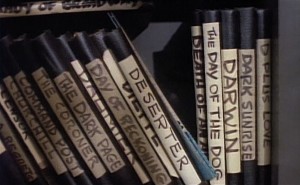 Together these elements come together extremely well, along with clips from Fuller’s films, to paint a picture of what makes a Fuller picture unique, and also what makes Fuller tick. Oftentimes, these are largely the same and inseparable, as the title suggests. The typewriter, the rifle and the movie camera are all equally important to the makeup of Fuller’s character, and without one of these defining tools, Fuller would have ended up doing something much different than making films. Thankfully, we reap the benefits of his impressive life.

Having seen a couple of Fuller documentaries where he speaks on-camera, I had heard a couple of the stories he tells here, but there was a “new” one that I thought was especially interesting. Fuller talks about his experience working with Darryl F. Zanuck, and how Zanuck and other studio heads at the time were essentially gamblers. They took risks on films. Sometimes they paid off, sometimes not, but there was a human element, a gut instinct, to film production. This kind of thing is largely gone from the mainstream industry, with budgets skyrocketing and studios only able to make a profit after taking in hundreds of millions of dollars. The days of a studio supporting someone like Sam Fuller are over. Daring filmmakers definitely still exist, but the market is much changed, and their platform for risk is a small, limited audience instead of a studio-backed national release. 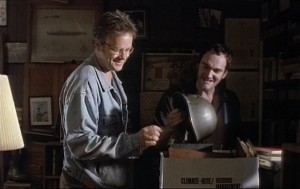 If you’ve always wondered about Sam Fuller but haven’t yet seen a movie, this would be a good overview of his career to whet your appetite with, and to gauge whether or not you’re cut out to be a Fuller fan.

Also: if I wasn’t an obsessive completionist, this film would also mark the end of my Sam Fuller review series. But I am an obsessive completionist who’s still hungry for more, so I’m going to delve into the films that Sam Fuller only wrote, or wrote and was supposed to direct, or wrote and started directing but then was taken off the film, etc. You get the idea. This is mostly likely going to be a path full of broken glass and land mines, as in Fuller’s autobiography he states that nearly every one of these films is a butchered hack job of his story. In any case, I look forward to plumbing the obscure depths of the Sam Fuller catalog starting in November.