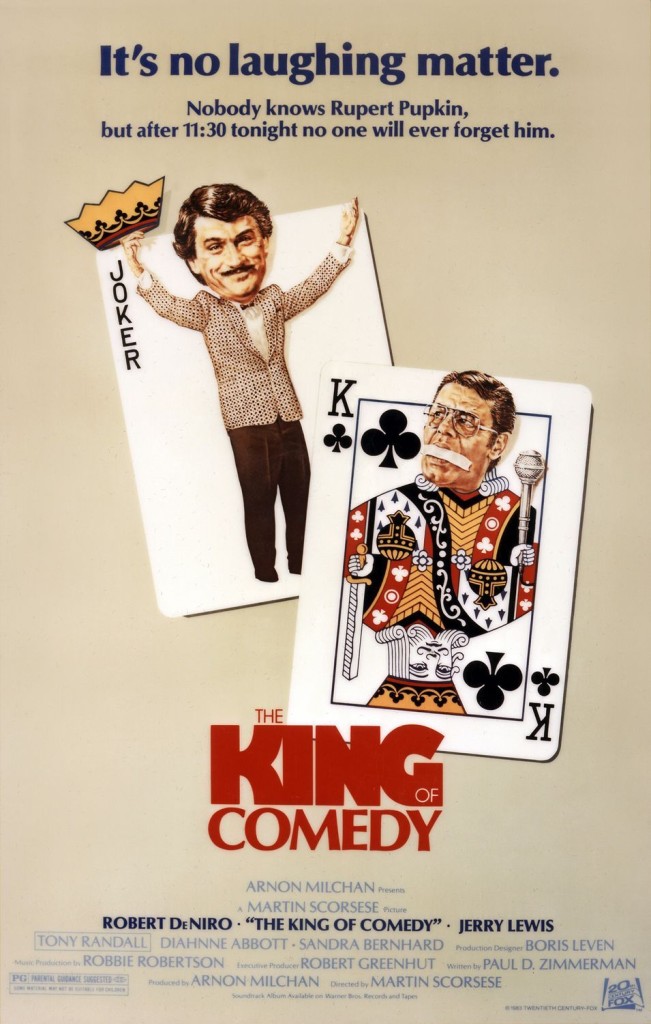 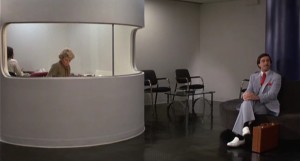 The most interesting aspect of the film is how it handles Pupkin’s fantasies. They aren’t announced with a fanfare or a swirly sound meant to evoke the world of dreams. No, we just cut from one scene in reality to one in dreamland. The first of these is jarring, and my first instinct was to think that the film had jumped forward a few years. It seemed like an odd choice, and an abrupt one that a filmmaker as talented as Scorsese would have handled better. When I eventually realized it was a fantasy, it all made sense. The film jumps back and forth at will, but after this point it becomes much easier to determine what is real and what is fantasy (although nothing is explicitly laid out as either).

Outside of the well-wrought artistic elements, the film’s success hinges on the performances of its two leads: Robert De Niro and Jerry Lewis. Robert De Niro plays the obsessive Rupert Pupkin to perfection, oozing slimy charm and flashing oblivious smiles aplenty. I’m not all that familiar with Jerry Lewis’s films, but I know enough to know that this subdued, dramatic role was pretty far from the standard Jerry Lewis movie. Lewis is excellent here, and if The King of Comedy didn’t bomb at release, this is exactly the “playing against type” kind of role that instantly nets Oscar buzz. Instead, Lewis’s performance faded into obscurity and has more than likely been a favorite on “Oscar snub” lists across the blogosphere for years. Someone has to take the bullet for Internet lists! Thanks, Jerry! 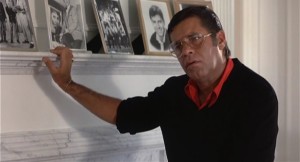 One of the benefits of going into a movie completely oblivious is that it has the ability to take you by surprise. I knew that The King of Comedy was about Robert De Niro as a struggling comic, but that’s where my knowledge ended. And as it turns out, the film is anything but the standard “rags to riches” story I had expected it to be. Scorsese’s filmmaking craft is honed and razor-sharp here, bringing together a fantastic, layered film that leaves much on the table for audiences to discuss after its finale.

Also: props to Scorsese for slyly including a moment of Jerry Lewis watching Sam Fuller’s Pickup on South Street on TV.

The King of Comedy was a part of the 2013 Blind Spot Series where I see one movie a month that I feel I should’ve seen a long time ago. It’s all the brainchild of Ryan McNeil over at The Matinee, one of the web’s premiere film blogs. Head over there tomorrow where he’ll have a post of his own for the series, as well as links to all the other people taking part in the series.