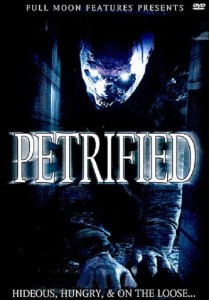 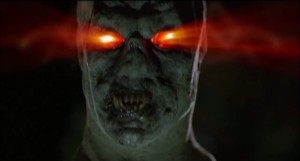 Petrified does feature some impressive cinematography, though, thanks to Mac Ahlberg. He shot a ton of movies over his lengthy career, most notably a good amount of the classic films made by Charles Band’s earlier company, Empire International. Trancers, Ghoulies, Re-Animator, the list goes on. You might say that Ahlberg laid the groundwork for that iconic Full Moon look that so many of their films feature. His work here isn’t to that level, of course, but Petrified was shot on film and it does feature a lot of careful lighting to enhance the colors and bring out the best of the low-budget shoot. Ahlberg also shot Evil Bong for Band the same year as Petrified, before retiring from the business for good. 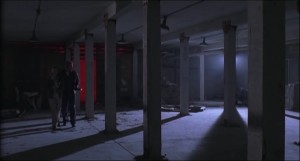 Well, I think I’m out of things to say about this one. It’s boring even thought its short, which is always a pretty big red flag. I only recommend it to Full Moon completists who are interested in seeing what a Full Moon version of a mummy movie would be like. The acting is better than you’d expect too, and the mummy mask looks fantastically gross and hideous. If Arnold saw this dude, he’d definitely call him an ugly motherfucker.

I’ll leave you with an interesting question posed by one of the characters. I generally don’t expect deep metaphysical questions from my low-budget alien mummy movies, but I gotta say, I enjoyed this one quite a bit. So word to anyone potentially making a film in the alien mummy genre: definitely include some deep metaphysics. Anyway, chew on this one a while:

“Is not God himself a sexual being?”

Since my Full Moon series is in something of a hiatus, I don’t want to promise what the next review will be, or when it will be. But originally I had planned to do something called Assault of the Killer Bimbos next, so set your expectations accordingly! There’s a good chance that a couple more Full Moon Redbox releases will be coming out before I can get to that one, though, which will then preempt that film. So whatever it ends up being, see ya then!