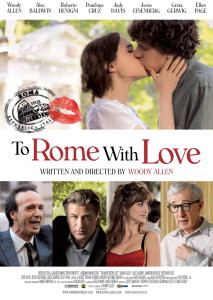 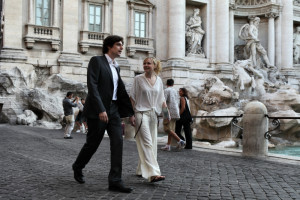 Thematically, it does feels like a couple of the stories are playing off of each other, but my attempts to draw any real meaning from this has resulted in a lot of random, disparate thoughts. One story lampoons reality TV and its non-talented stars, while a different story concerns a truly talented man with no drive for success being pushed into the business by Woody Allen’s character. It seems natural to look for some substance between the cuts, but I really don’t think there is much. Perhaps re-watches will reveal something I missed, but it honestly feels like Allen is simply trying to tell a few unrelated, funny stories. Some might say this is Allen losing his touch, but when it’s so ridiculously enjoyable (at least to this hardcore Allen fan) it’s hard for me to even fathom that concept. Allen feels so in control at every moment, and I would think that if he’s earned anything, he’s earned respect enough for viewers to know that whatever he’s doing, he’s doing it deliberately.

One of the aspects of To Rome With Love that I found quite intriguing, and also quite unexpected, was that it traded in light fantasy and surreal elements akin to Midnight in Paris. It doesn’t go full-bore like that film, but there’s one story in particular that is definitely happening (at least in part) in one of the character’s minds. Through the whole movie I assumed it was the mind of a certain character, only to reconsider that position right before I started writing this. I know I’m being vague, but this kind of discovery is the thing that should never be spoiled, and to even go into it like this is probably too much. Whatever, you’re the one reading reviews of movies you haven’t seen, so that’s on you. Although, this brings to mind a new type of movie blog, one where there are “Quiz Gates” to each review. The reader would need to prove that they had seen the film by answering questions about it, and if they succeeded they would get to the review. Spoilers would be a thing of the past! But, back to the fabricated reality of Woody Allen… 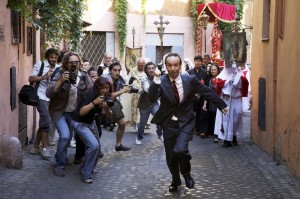 Even if I could find no direct thematic links, I do think there’s something of an overall theme of characters having their modernity taken away from them, and being forced into human interactions with the world around them. It’s super loose, and I’m sure there’s more evidence against it than there is that corroborates it, but I like it, so I’m going with it. This theory of mine is all fueled by two small moments in the film. One comes early, where one of the characters, lost in Rome, loses her cell phone. After this point, things begins to happen to our characters that we and they could never have dreamed possible. The fantasies are much more grounded than Midnight in Paris‘s, but they are fantasies nonetheless. I’ll have to watch this again to confirm it, but I didn’t specifically notice any other modern technology until towards the end of the film where a character receives a cellphone call, after which the fantasies are shattered and come to an end. If this is true, it would seem that Allen has more in mind for the film than four simple tales, but who knows? 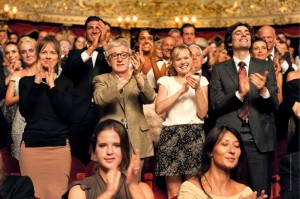 I can’t help but draw comparisons between the critical backlash to this film and the scene when Roberto Benigni and his wife and friends leave a movie theater, discussing a rather challenging film. Benigni loves it, while the others all say they didn’t get it and are obviously frustrated that they spent their evening with it. Benigni raves about the film’s enigmatic qualities and then says, “The director didn’t want you to understand. Life’s mystery… the atmospheric cinematography. Did you see that shot?” The others are completely disinterested, but are excited when it seems as if Brad Pitt might be in the middle of a group of paparazzi up ahead. Certain people will always be fascinated by the search for meaning, while others will always have their meanings defined by others. I don’t know that Allen is purposefully obscuring the film’s point like the director of the fictional film, but he’s definitely not holding your hand towards any one theme or idea. What you gain from this rather light, but complex film is directly related to the amount you put into it.

I loved To Rome With Love (even if I kind of hate its generic title). It’s not a perfect film by any means, but it’s a Woody Allen film through and through, and that makes me rather happy after the much more mainstream Midnight in Paris. To Rome With Love also feels similar and like something of an homage to Fellini’s La Dolce Vita, although it’s been a very long time since I saw that one, so maybe I’m way off base. In any case, if you’re a big Allen fan, ignore the general consensus and seek this one out.